IMPORTANT: In order to secure your participation in the event, we kindly ask you to register online as soon as possible (no later than 8 June). Places will be distributed on a first come, first served basis. 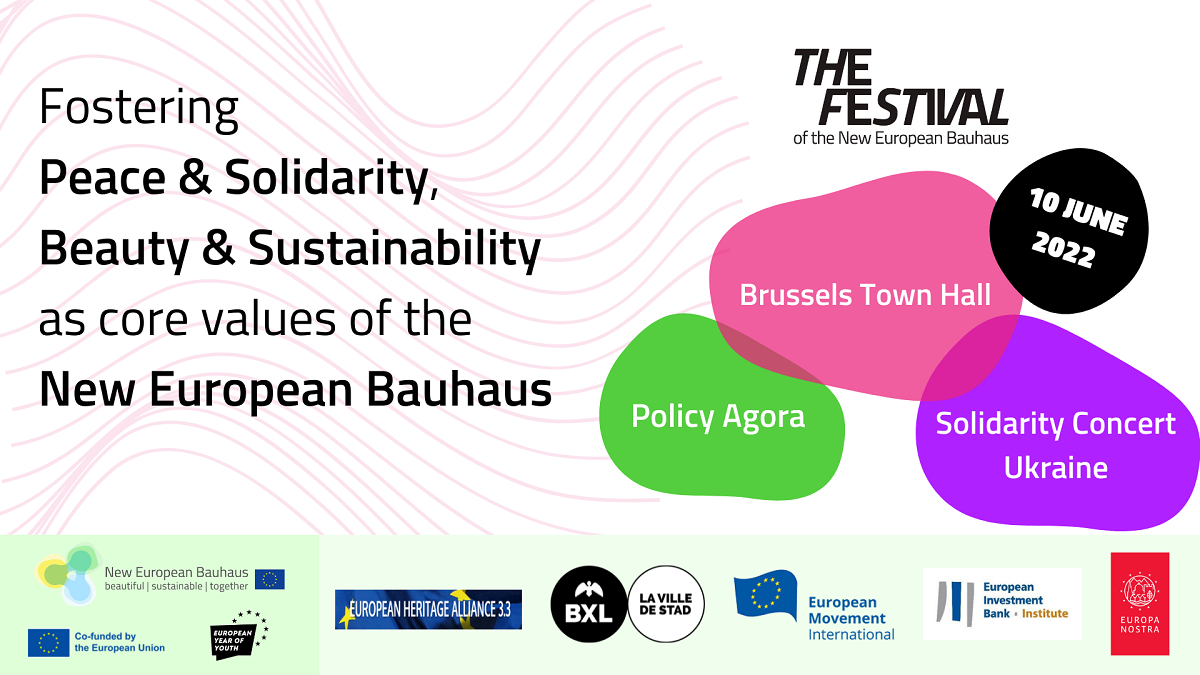 An engaging debate on the key role of cultural heritage – tangible and intangible – in shaping more sustainable and cohesive societies with due understanding and respect for the “spirit of the place” of their living environment, be it urban or rural. This debate will gather experts and high-level representatives from civil society and the EU Institutions to exchange on two timely topics: the vital contribution of cultural heritage to Europe’s green transformation and beauty as a public good; and the role of cultural heritage to rediscover the sense of a place and strengthen the sense of belonging to a wider European community.

Panel 2: “Beauty as a public good – the role of cultural heritage to rediscover the sense of a place and strengthen the sense of belonging to a wider European community”

A performance by six young Ukrainian musicians playing classical and traditional music, to emphasise the cohesive and healing power of music and heritage to build lasting bridges between the citizens and communities from Ukraine, Europe and the rest of the world. This concert is organised in the frame of the ongoing crowdfunding campaign to support the defenders of Ukraine’s endangered heritage jointly run by Europa Nostra and the Global Heritage Fund. The funds raised will be used for the Heritage Solidarity Fellowship for Ukraine recently launched with matching support of ALIPH based in Geneva and in partnership with the Heritage Emergency Response Initiative (HERI) based in Kyiv. We gratefully welcome additional donations which can easily be made online.

Concert of Solidarity with the people and culture of Ukraine