The 2018 European Border Breakers Awards Ceremony took place on the evening of 17 January in Groningen, The Netherlands. On this occasion, 10 emerging artists from across Europe received an Award for reaching out to a large European audience outside their own country and performed live in front of hundreds of music professionals and enthusiasts. The 2018 EBBA winners are Alice Merton (Germany), Alma (Finland), Blanche (Belgium), Kristian Kostov (Bulgaria), Off Bloom (Denmark), Salvador Sobral (Portugal), Sigrid (Norway), Skott (Sweden), The Blaze (France) and Youngr (United Kingdom). The show, animated by artist and BBC presenter Jools Holland was live streamed and broadcast in several European countries. 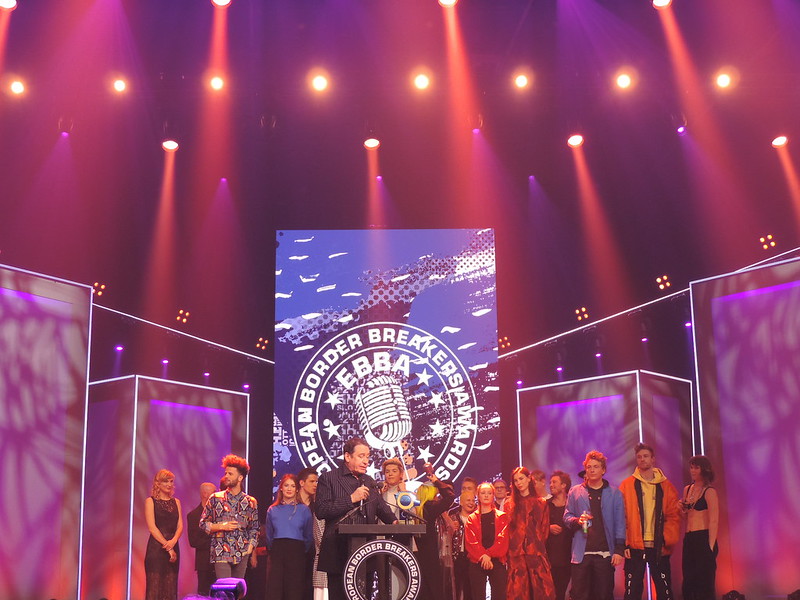 At the end of the Ceremony, Kristian Kostov from Bulgaria was announced as the winner of the Public Choice Award following an online poll. At the age of only 17, this talented singer represented Bulgaria at the Eurovision Song Contest in 2017 and finished in second place.

In their acceptance speeches, all winners praised the European dimension of the Awards and stressed the importance of promoting the diversity of European culture as a bond that unites citizens.