The European Commission and Europa Nostra today revealed the winners of the 2016 European Union Prize for Cultural Heritage / Europa Nostra Awards, Europe’s highest honour in the heritage field. The 28 laureates from 16 countries have been recognised for their exemplary achievements in conservation, research, dedicated service, and education, training and awareness-raising. Independent expert juries assessed a total of 187 applications, submitted by organisations and individuals from 36 countries across Europe, and selected the winners. Citizens from around the world can now vote online for the Public Choice Award and mobilise support for the award-winning project(s) from their own or another European country. 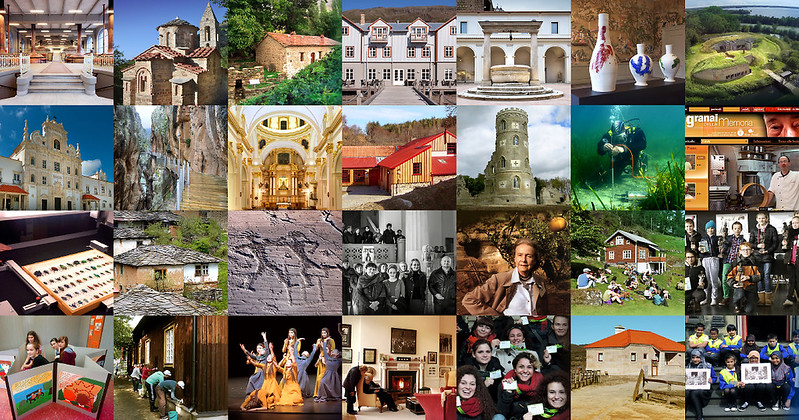 The projects chosen by the juries are excellent examples of creativity, innovation, sustainable development and social participation in the heritage field throughout Europe. Among the remarkable initiatives awarded in 2016 are: the renovation of a suspended walkway built on the steep sides of a gorge which has opened up an area of phenomenal natural beauty to all visitors, thus attracting a new wave of tourism to the region (Spain); the development of an industrial style of digitisation which resulted in the digitisation of nearly 9 million zoological, botanical and geological specimens, from across Europe and beyond, of tremendous value to researchers everywhere (the Netherlands); the efforts of the employees of a national museum who worked hard and without pay for three years in order to keep the museum active in a difficult political situation, as well as of the activists who assisted them (Bosnia and Herzegovina); and an awareness-raising project which encourages citizens to ‘adopt’ monuments of cultural and historic significance in their communities, to care for them and to put them back into use (Finland). For the first time, an Award has also been presented to an outstanding project from Iceland: the rehabilitation and conversion of the French Hospital in Faskrudsfjordur into a museum.

“I warmly congratulate the winners and their teams for their exceptional work. Thanks to their talent and commitment, numerous European cultural heritage treasures have been safeguarded and revitalised for the benefit of present and future generations. Their projects raise awareness of cultural heritage as a strategic resource for Europe’s society and economy. Cultural heritage unites people, builds bridges between the past, the present and the future. At the same time, it generates economic growth, promotes sustainable development and fosters social participation and inclusion – which is today more vital than ever. That is why we support this Awards scheme and other heritage projects through our Creative Europe programme and will continue to do so,” stated Tibor Navracsics, European Commissioner for Education, Culture, Youth and Sport.

“All these award-winning achievements prove that heritage matters to Europe and its citizens. Cultural heritage is a driver for sustainable economic development and a cohesive force for our multicultural societies, as has been widely acknowledged by EU Institutions and is clearly demonstrated in the recent report ‘Cultural Heritage Counts for Europe’. I am delighted that this year’s Awards Ceremony will take place in my native town Madrid, in particular at a location with such a special heritage as the Zarzuela Theatre,” added Plácido Domingo, the renowned opera singer and President of Europa Nostra.

The winners of the European Heritage Awards 2016 will be celebrated during a high-profile event co-hosted by EU Commissioner Navracsics and Maestro Plácido Domingo on the evening of 24 May at the historic Zarzuela Theatre in Madrid. The European Heritage Awards Ceremony will assemble up to 1,000 people, including heritage professionals, volunteers and supporters from all over Europe as well as top-level representatives from EU institutions, the host country and other Member States. During the ceremony, the seven Grand Prix laureates, each of whom will receive €10,000, and the Public Choice Award winner, chosen from among this year’s winning projects, will be announced.

The winners will also present their remarkable heritage accomplishments during the Excellence Fair on the morning of 24 May at the headquarters of the College of Architects of Madrid and participate in various networking events to be held during the European Heritage Congress in Madrid (22-27 May) organised by Europa Nostra in the framework of its network project ‘Mainstreaming Heritage’, which has the support of the Creative Europe programme of the European Union.

A Europa Nostra Award is also presented to a remarkable heritage achievement from a European country not taking part in the EU Creative Europe programme.

The European Union Prize for Cultural Heritage / Europa Nostra Awards was launched by the European Commission in 2002 and has been run by Europa Nostra since then. It celebrates and promotes best practices related to heritage conservation, research, management, voluntarism, education and communication. In this way, it contributes to a stronger public recognition of cultural heritage as a strategic resource for Europe’s economy and society. The Prize is supported by the Creative Europe programme of the European Union.

In the past 14 years, organisations and individuals from 39 countries have submitted a total of 2,540 applications for the Awards. Concerning the number of entries by country, Spain is first in the ranking, with 480 projects, followed by the United Kingdom, with 276 applications. Italy occupies third position (239 entries), Germany fourth (190 entries), and France is in fifth place (114 entries). With regard to the categories, Conservation has had the most submissions (1,524). Next comes Education, Training and Awareness-Raising (378), then Research (319), and, finally, Dedicated Service to Heritage (297).

Since 2002, independent expert juries have selected 426 award-winning projects from 34 countries. In line with the number of entries, Spain tops the list with 59 awards received. The United Kingdom is in second place with 58. Italy comes third (33 awards), Germany fourth (28 awards), and Greece fifth (25 awards). Regarding the categories, Conservation has the most winners (256) followed by Dedicated Service to Heritage (63), Education, Training and Awareness-Raising (55), and, lastly, Research (52).

A total of 88 Grand Prix of €10,000 have been presented to outstanding heritage initiatives, selected from among the award-winning projects.

The EU Prize for Cultural Heritage / Europa Nostra Awards has further strengthened the capacity of the heritage sector in Europe by highlighting best practices, encouraging the cross-border exchange of knowledge and connecting various stakeholders in wider networks. It has also brought major benefits to the winners, such as greater (inter)national exposure, follow-on funding and increased visitor numbers. In addition, it has raised awareness of our shared heritage amongst the general public while highlighting its intrinsic European character. The Prize is therefore a key tool to promote Europe’s heritage.