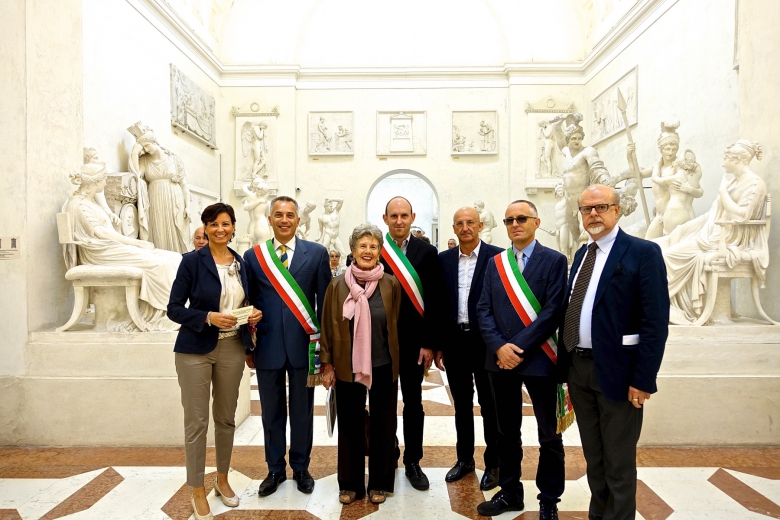 Enhancement of tourism infrastructure, province of Cuenca, SPAIN
This project is the result of the collaborative work of several municipalities which included strong integrative planning and the use of many different approaches to enhance a whole province. They aim to facilitate sustainable development of tourism to the area while underlining the identity of the territory.

Charting cultural heritage in Finnish forests, FINLAND
Between 2010 and 2015, Metsähallitus, the national forest management authority in Finland, carried out a field survey of cultural heritage sites in multiple-use forests owned by the Finnish government. This large-scale and comprehensive survey and operational tool has engaged various stakeholders and groups which has helped to bridge culture and nature in Finland.

Digital archive for opera manuscripts from private libraries, Rome, ITALY
More than 160 precious opera manuscripts from two private collections have been digitised and made available for public use within the well-known Library of the Music Department of the German Historical Institute in Rome. The exemplary technical quality of this digitisation project helps to shed light on a little investigated period of opera which has great European significance and helps both creative and research endeavours.

Monumentenwacht in Flanders, BELGIUM
For 25 years, Monumentenwacht has provided a sustainable monitoring system for the preventive conservation and maintenance of built heritage. The five provincial Monumentenwacht organisations act as ‘front offices’ to assist the owners and managers of these monuments to maintain and raise awareness of the heritage sites. Their model has proven to be inspirational for similar organisations in Europe.

Venice International Foundation, ITALY
The Venice International Foundation, initiated and tirelessly guided by Signora Franca Coin, has for over 20 years created a network of benefactors to save many important Venetian works of art. The Foundation’s activities include fundraising for artwork restoration, the acquisition of works of art, exhibitions, museum education and cultural communication activities. This dedication was recognised and particularly appreciated by the jury.

‘Ajapaik.ee: georeferencing and rephotographing visual history’, Tallinn, ESTONIA
Ajapaik is a crowdsourcing platform for collecting (mostly location) metadata and rephotographs historic images found inboth public and private collections. The jury appreciated the innovation of the project, its approach to crowdsourcing and its focus on the participation of users.

‘Art on Wheels’, POLAND
Art on Wheels is a mobile educational project consisting of interactive workshops concerning art and historic monuments located in small towns and villages. In travelling to towns throughout Poland, this project widens social inclusion and enables people from different social and age groups to participate in culture, who might otherwise be at risk of exclusion.

The ‘Traditional Artistic Crafts’ Olympiad, Sibiu, ROMANIA
The ‘Traditional Artistic Crafts’ Olympiad is a competition which encourages Romanian young people, aged between 6 and 18, to continue mastering traditional crafts and raises awareness of this heritage. The initiative has training at its core and the long-term dedication of the project to reaching its aims was much appreciated by the jury.

‘In the same boat’ – Young Guardians of Heritage (YGH), SLOVENIA
‘In the same boat’ was established to safeguard the traditional crafts and intangible heritage of the region surrounding Lake Cerknica. The project’s focus on sustainability and the transference of skills from older to younger generations as well as its holistic ecological and ethnological approach was particularly appreciated by the jury.

Special Mentions of the Europa Nostra Awards were also presented to heritage achievements from two European countries not taking part in the EU Creative Europe programme.

Baroque Swiss house, ‘La Türalihus’, Valendas, SWITZERLAND
This project practiced careful, sustainable and high quality conservation work to carefully recover a baroque 15th century Swiss house and, as a result, successfully saved it from being demolished. Their efforts were recognised and particularly appreciated by the jury.