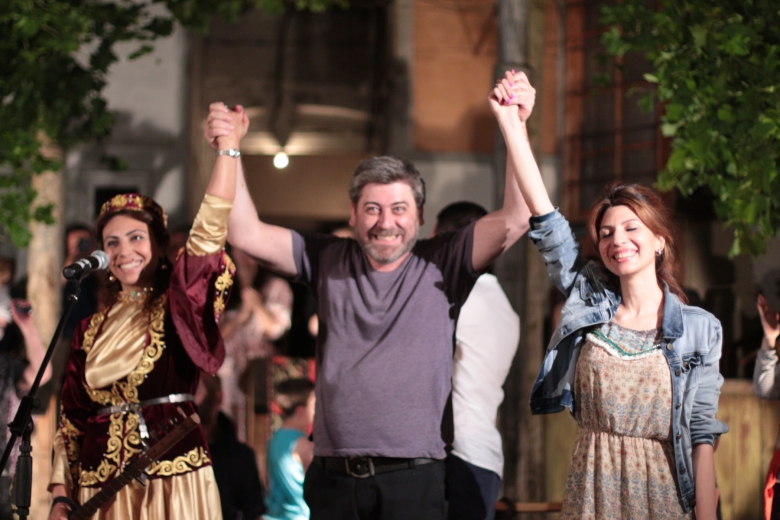 National Library, Helsinki, FINLAND
The National Library of Finland is the oldest and largest scholarly library in the country. It houses a number of unique collections and cares for Finland’s national archives. This project has accommodated modern library requirements while preserving the architectural integrity of the monument. It is estimated that half of the building restorers in Finland worked on this project. The Jury praised “the good ongoing maintenance which meant extensive restoration could be avoided”.

Tenement Museum, Dublin, IRELAND
This Georgian townhouse in Dublin was built around 1748 and was appropriated in 1877 to house multiple working-class families. This project has rescued the house from imminent collapse and adapted the building to new cultural uses, culminating with the Tenement Museum Dublin. The Jury commended “the action of the local government in Dublin City to rehabilitate the historic city fabric and for acknowledging the multilayered social history of the site”.

Historic Shop Fronts, Apeldoorn, THE NETHERLANDS
The Facade Fund aims to assist owners of historic properties in the city centre of Apeldoorn with financial support and expertise in restoring the harmony of the ground floor facade, often altered, with its upper floors, often still historically intact. “This project emphasises the importance of restoring shop fronts as a means to revitalise European town centres. It is a good example of a local initiative between government and commercial community”, the Jury said.

Ship Restoration: Stord I, NORWAY
A typical Norwegian steam fjord boat, SS Stord I was built as a passenger ship in 1913 and operated as such on the west coast of Norway until 1969 and then as a floating hotel for ten years in Oslo. The ship was brought back to the west-coast by the non-profit organisation Veteranskipslaget Fjordabaten who restored it. In 1987, the ship was sadly destroyed by a fire mere weeks after its restoration. In 2015, the restoration of the ship was completed again. The Jury commended the “perseverance of the volunteers’ following an unfortunate set back. This shows the importance of the collective effort in getting a difficult piece of heritage back to sea”.

Documentation of Jewish Cemeteries, POLAND
This project has created online databases of the legible inscriptions and location of graves in Jewish cemeteries in Poland. Over 100,000 inscriptions have now been recorded: approximately half of those that remain. “This small project, conducted by a small team of enthusiasts, has had an impressively large output. The team found funding from a variety of sources – such as public and private institutions and private donors – and the research is suitable for application to similar projects and communities in Europe and beyond”, the Jury noted.

The Mediterranean Gothic Soul, SPAIN
The Mediterranean Gothic Soul is a research project on the common architectural elements that were developed over the 13th, 14th and 15th centuries, in the Spanish territories of Aragon, Catalonia, Valencia and the Balearic Islands, the Italian territories of Campania, Sardinia and Sicily, and the French regions of Roussillon and Corsica. “This expansive research project has highlighted the original Mediterranean identity of Gothic architecture, emphasising the school of architecture’s origin in Aragon”, the Jury emphasised.

The Society of Friends of Dubrovnik Antiquities, CROATIA
The Society of Friends of Dubrovnik Antiquities was founded in 1952 and is entrusted with the maintenance and management of one of the most important elements of the city’s heritage: its city walls. The Society also campaigns to increase the broader public’s understanding of the importance of preserving the cultural and historical heritage of the UNESCO World Heritage City of Dubrovnik. The Jury commended “the Society which has managed to protect and restore the city walls through the years of political turbulence and continues their efforts to this day”.

Balkan Heritage Field School, BULGARIA
The Balkan Heritage Field School is an ongoing programme for practice-oriented educational courses in the fields of archaeology and conservation. Currently, the programme hosts projects in Bulgaria, Greece, Republic of Macedonia (FYROM) and Montenegro, and enhances the collaboration of international students, heritage specialists and local communities to benefit the preservation of cultural heritage. The Jury appreciated “the project’s extensive contribution to education in archaeology and conservation through multinational collaboration”.

Artarea TV2.0’s Urban Projects, Tbilisi, GEORGIA
Tbilisi Tours and Tbilisi Courtyards are the two projects within the television channel Artarea’s larger initiative to raise public awareness of the city’s architectural heritage. Tbilisi Tours organises free tours guided by well-known Georgian writers, urbanists, architects, etc. The tours are filmed and broadcast on television and social media. Tbilisi Courtyards encompasses the organisation of cultural and educational events. The Jury appreciated how “the project has an innovative approach to promoting the importance of a significant element of historic urban space in people’s daily lives”.

In Between? Project, POLAND
“In Between?” is an interdisciplinary educational project designed to raise awareness among young people of the multi-faceted identity and unique intangible cultural heritage of the European borderland regions. The project connects both theoretical and practical elements of collecting and documenting oral history. The Jury appreciated “the engaging and structured methodology which reconnects generations and documents the intangible heritage of borderland communities”.