Six remarkable heritage achievements from six European countries that are taking part in the Creative Europe programme of the European Union were recognised by the Heritage Awards Juries with a ‘Special Mention of the Jury’.

The Special Mentions are granted to initiatives which have contributed to the enhancement of Europe’s cultural heritage which were particularly appreciated by the Jury but which were not included in the final selection to receive an Award. 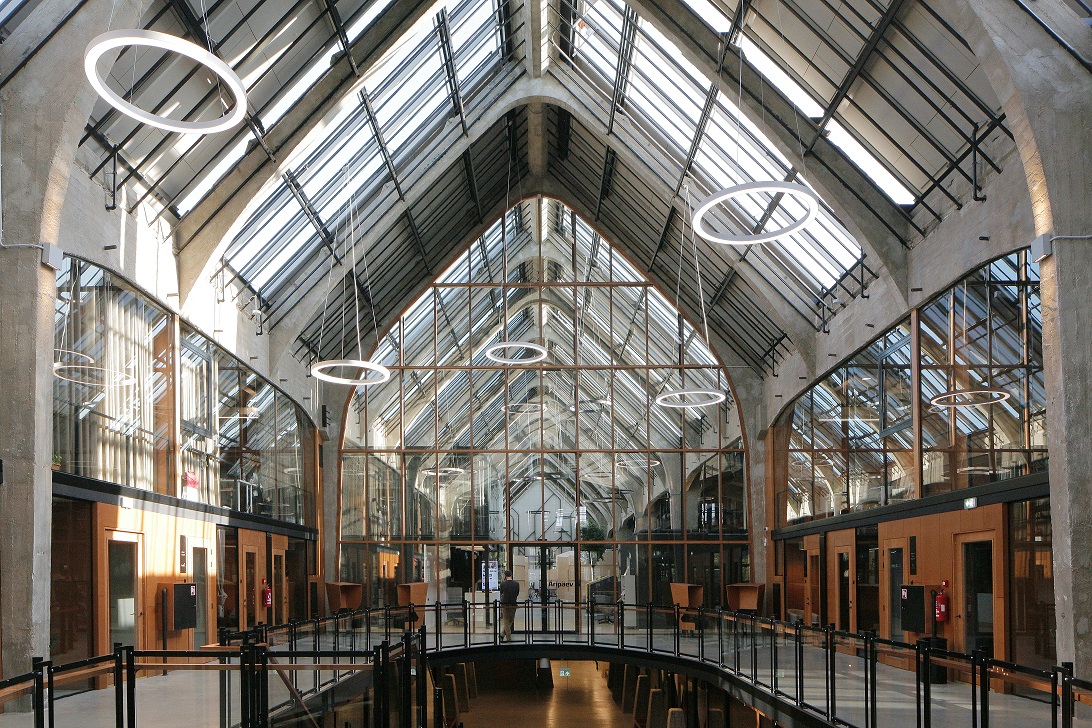 Petrapilosa Castle, CROATIA
This medieval fortress functioned as a feudal residence from the 13th century until a fire led to its abandonment in the 1620s. Centuries of disuse affected its stability with many of the walls having already collapsed. An extensive, long-term project lasting 20 years has secured the ruin and, with the addition of new architectural elements, has enabled access to upper levels of the castle, as well as to facilitate occasional and temporary events on the site.
The careful consolidation of the castle ruin, making it accessible to visitors and offering them a new experience of the site in its stunning landscape, was recognised and particularly appreciated by the Jury.
More information
www.poubuzet.hr/kastel-petrapilosa/o-kastelu

Luther’s Furniture Factory, Tallinn, ESTONIA
Luther’s Furniture Factory Machinery Hall was built in 1912 and was at one time the leading producer of plywood furniture in Europe. The building is notable as it was the first industrial building in the Baltic region that was built on a reinforced concrete structure, with its considerable height, spacious windows and unprecedented glass roof lending it a striking appearance. Years of disuse led to the building being heavily looted and it was in danger of imminent collapse. The building has been fully renovated and is now home to offices and the headquarters of a regional media company.
The Jury commended the innovative and creative approach to the reuse of this industrial building, which in turn contributed to the revitalisation of the area.
More information
lutheri.ee/en

Tonita Mills, Espinardo, SPAIN
The Tonita Mill was built in 1926 in Espinardo, Murcia, at a time when the region supplied the majority of the world’s paprika. Over a period of 20 years, the mill has been consolidated, its original layout and facade reinstated and its original machinery restored. A restaurant and cultural space are now housed in the mill, wherein the gastronomic heritage of the building and the surrounding region is documented and promoted. This includes the digital archiving of historic branding of paprika, seen, for example, on the tins in which the spice was sold.
The Jury much appreciated the way that the project married the conservation of an old mill with historic trade and culinary experiences.
More information
www.taulla.es

The Crossroads of Empires Project, ITALY/UNITED KINGDOM
The Crossroads of Empires Project is a collaborative venture between archaeologists, historians and art historians in Italy and the United Kingdom. The project draws together the results of excavation and historical research between international partners on two unique Longobard-period sites in the province of Salerno in Italy. The project brings to light these two uniquely preserved examples of Longobard ecclesiastical structures which represent the dynamism and multicultural nature of Longobard culture and their significance as cultural mediators between Byzantium, the Islamic world and the emerging powers of Medieval Continental Europe.
The way that this project enhances once abandoned sites that bear witness to European cultural exchange in medieval Europe was recognised and valued by the Jury.
More information
www.grottadisanmicheleolevano.it
www.birmingham.ac.uk/research/crossroads-of-empires/people.aspx

Peace Carillon in Park Abbey, Leuven, BELGIUM
On 11 November 2018, a Peace Carillon was inaugurated in the Park Abbey near Leuven on the site of the former St. Peter’s Church. The instrument is a replica of the original abbey carillon which disappeared when St. Peter’s Church in Leuven was burned down by German troops on 25 August 1914. In 2013, Jens Metzdorf, the archivist of the city of Neuss, discovered that a battalion from his city had taken part in the destruction of Leuven. The cities of Leuven and Neuss decided to recreate the lost carillon on its original site, where the bells had been located since 1811. The new instrument now serves as a statement to the world that reconciliation is always possible, however painful a shared past may be. Activities and events that promote peacekeeping, international understanding and community-building are now organised around this revived heritage. The collaborative efforts of the project were applauded by the Jury.
More information
vredesbeiaardleuvenneuss.eu/nl/vredesbeiaard

Burning Conscience, Cēsis, LATVIA
This exhibition addresses three periods of occupation which Latvia underwent in the 1940s: the first Soviet occupation in 1940-1941, the Nazi occupation in 1941-1944/1945 and the second Soviet occupation in 1945-1990. The exhibition makes a link with the local history of the Cēsis District within its national context and reveals the crimes that were endured by the local people. It demonstrates those people’s resistance to occupying forces and their desire to respect human rights and re-establish an independent, democratic state.
The content-rich, educational and artistically high-value exhibition has interpreted historical material through stories of individual resistance and the exhibition is set up in a Soviet occupation-era, temporary detention centre which has been preserved in the very heart of the old town of Cēsis. The exhibition is available in four languages: Latvian, Russian, German and English. This intiative’s focus on raising awareness of Latvian history and placing it in a European context was highly valued by the Jury.
More information
sirdsapzinasugunskurs.lv/en