The Special Mentions are given to outstanding contributions to the conservation and enhancement of Europe’s cultural heritage which are particularly appreciated by the Juries but which were not included in the final selection to receive an Award. 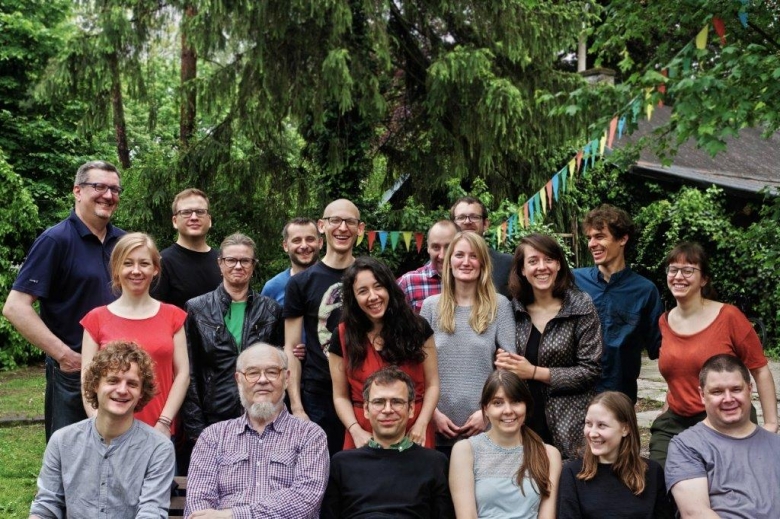 Jakobínka Tower, Rožmberk, CZECHIA
The Jakobínka Tower, built in the 14th century, was at risk of collapse due to the deterioration of its internal wooden structure and stone masonry. This project addressed these issues, replacing the missing stone consoles and reconstructing the gallery and the roofing of the tower.
Research and experimentation related to historical crafts played an important role throughout the project, while educational programmes were also provided with the aim of strengthening the sense of belonging of local people to their historical heritage in both local and European contexts.
The Jury recognised the importance of the process which resulted in the restoration of the Jakobínka Tower, including investigations into traditional construction technologies. They noted the combination of these skills with the use of sustainable materials, and how the educational activities transmitted this traditional technology and its associated techniques to local and intergenerational participants.
More information: www.hrad-rozmberk.cz/en/The-Jakobinka-tower

Cesis Castle, LATVIA
This impressive medieval fortress has undergone a long-term, comprehensive programme to carefully conserve the original fabric of the site while preserving its character and impressive aesthetic qualities. Two monumental towers as well as the adjoining walls of the former ranges have been delicately and expertly conserved as part of the project, which took 15 years to complete. The use of traditional materials and high-quality craftsmanship was employed throughout the works.
The Jury recognised the international collaboration in this project which resulted in an interesting, well-done conservation, consolidation and research of a castle ruin. They appreciated the long‐term vision of this project and found it to be an inspiring example for the careful treatment, maintenance and protection of this type of heritage.
More information: facebook.com/cesupils | instagram.com/cesiscastle

Three Air-Raid Shelters, Valencia, SPAIN
The School Group Shelter, 25 Serranos Street Shelter and Massarrojos Shelter were built between 1937 and 1939 during the Spanish Civil War. The three buildings have been rescued from their state of total abandonment and the original elements that were hidden have been recovered. The project has also included the musealisation of the space, allowing the public to visit the spaces and for cultural events to be hosted there.
The Jury recognised that this project, which pays attention to a more recent, contested heritage, could be inspiring for other similar heritage sites throughout Europe which are seldom revived. They also appreciated the attention that was paid to the tangible and intangible heritage of this site and how it was developed together with the community, therefore being an important example of the social role of heritage.
More information: refugivalencia.webs.upv.es

Thingstätten – The Relevance of the Past for the Present, GERMANY
The Thingspiel was an open-air theatre movement in the early 1930s in Germany, invented to include large audiences in mythical-style immersive outdoor performances. During the Nazi regime, the movement gained some popularity and amphitheatre-like stages – the Thingstätte – were created to serve propaganda purposes. Around 60 were built, and many can still be found today in Germany, Poland and Russia. This project unites 23 international artists and scientists in a search for these little-known historical sites using an interdisciplinary approach to conduct a holistic examination of the significance of the past to the present day. The research is published as a 256-page illustrated book (available in German and in English), as well as in a bilingual open-access database.
The Jury recognised the originality of the theme of this project and the balance that was struck between aesthetics and reflection. The Jury appreciated that the project shows how to approach this difficult heritage with a contemporary art project.
More information: www.thingstaetten.info

“Open Jazdów” Partnership Association, Warsaw, POLAND
Jazdów Settlement is a unique heritage site of Finnish wooden houses, a hidden village inside the centre of Warsaw and one of the first post-war housing estates in the city. Thanks to the outstanding effort of its inhabitants and activists over a period of ten years, the proposed demolition of the homes was revoked and the Jazdów Settlement is now protected in the Municipal Heritage Registry.
The Jury recognised the positive effect that the activities of this organisation have had on people’s awareness of this heritage. They greatly appreciated the important sociological impact
of the initiative and noted how the partnership model transformed the group’s efforts into one of the largest grassroots movements in Poland which also succeeded in preserving the residential function of Open Jazdów.
More information: www.jazdow.pl

António Ressano Garcia Lamas, PORTUGAL
António Ressano Garcia Lamas has a long history of dedicated service to heritage. The positive results of Mr. Lamas’ extensive career are evident in his appointments to administer some of the most important public institutions responsible for heritage in Portugal: as Director-General of the Portuguese Institute for Cultural Heritage and as Chairman of the state-owned company Parques de Sintra – Monte da Lua, which cares for the state properties in the UNESCO World Heritage-listed Cultural Landscape of Sintra.
The Jury greatly appreciated Mr. Lamas’ contribution to bringing innovation and research to heritage. The Jury recognised how Mr. Lamas inspired more intensive conservation policies and strategies towards the intersections between old and new, and the adoption of protective measures to prevent deterioration caused by large numbers of visitors. They also noted his success in stimulating public attention and interest in history, in issues surrounding environmental sustainability and in best practices for the protection and valorisation of historical gardens and parks.

European Heritage Volunteers Programme, GERMANY
The European Heritage Volunteers Programme has organised volunteering projects and training courses in the field of cultural heritage for more than 20 years across more than 20 European countries. They mostly take place in rural areas where endangered sites can be found, and at locations within more well-known heritage properties. The programme raises awareness of the value of the sites and supports local advocates in their conservation, while at the same time providing a high quality educational experience for the participants, allowing them to obtain practical knowledge and skills in various fields of heritage conservation.
The Jury recognised the collaborative nature of the European Heritage Volunteers’ activities across many European countries. They noted the large number of impactful interventions that the Volunteers have undertaken and, lastly, despite the long duration of the activities, they appreciated that the method and the type of activities are constantly evolving.
More information: www.heritagevolunteers.eu

Together at the Museum, Parma, ITALY
Together at the Museum is a project that creates opportunities for people with dementia to visit museums. A multidisciplinary staff from the museum and healthcare sectors have worked together to create specialised museum tours of the Diocesan Museum and the Museum of Chinese Art and Ethnography in Parma. The tours made the collection more accessible for people with dementia and emphasised the reciprocal experience between the objects and places in the museum and the personal experience of the visitor, underlining the multisensory experience of visiting a collection.
The Jury recognised that this project is a good example of combining heritage and wellbeing. They appreciated that the project provides a normal life experience of cultural fruition that goes beyond the duration of the visit to the museum and includes a post‐visit experience which is important for people with dementia.
More information: museocineseparma.org

Respect for History / Local Conservation Awards, Izmir, TURKEY
The Respect for History / Local Conservation Awards programme has been organised by the Izmir Metropolitan Municipality since 2003. The initiative identifies and celebrates projects that act to protect local cultural heritage, thus advocating and encouraging its continued conservation. The awards programme underlines the importance of this heritage to the local community and pays particular attention to transmitting this heritage to the next generation.
The Jury greatly appreciated that this initiative recognises local activities, creating a community around heritage issues and inspiring a conversation about the importance of local efforts. The Jury recognised how the activities also involved the preservation and celebration of the multicultural heritage of the area and how young people were involved in this heritage activity.
More information: www.tarihesaygi.com