An event to celebrate the 30th anniversary of Dublin Civic Trust and its European Heritage Award / Europa Nostra Award for the restoration of 18 Ormond Quay Upper, Dublin, took place on the evening of 27 October 2022 in the 18th-century surroundings of St. Patrick’s Hall at the State Apartments, Dublin Castle. 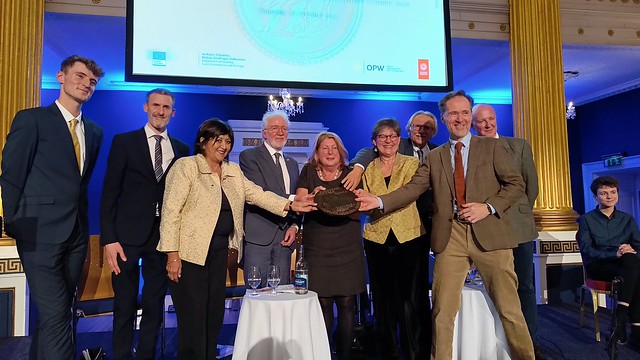 I have been a huge admirer of their work for many years and it was an honour to speak at the event. @DeptHousingIRL pic.twitter.com/GpGU3GuQ6G

“The award-winning 18 Ormond Quay project is a model for sustainable urban development, providing guidance and vision for the future of the poorly repaired, fragmented or lost buildings in our cities, towns, and villages. Our traditional buildings need to be valued for the craftsmanship and carbon resources embedded in their fabric and seen as part of our climate, biodiversity and circular economy solutions. I’d like to congratulate the Dublin Civic Trust for their exceptional leadership“, said Minister Noonan. 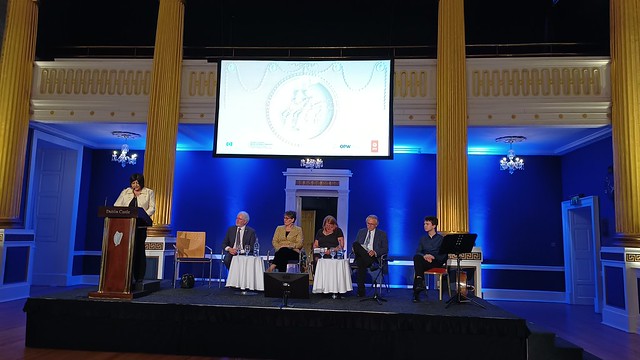 Geraldine Walsh, CEO of Dublin Civic Trust, stated: “The values and aspirations of nations are represented by their capital cities. In Dublin, we have inherited an extraordinary built legacy, comprising streets and individual buildings that are particular to our place and our sense of identity. This has been recognised by Europa Nostra in its award for the Trust’s restoration of 18 Ormond Quay Upper, a classic Dublin merchant house of the 1840s. This international accolade highlights that we need to do much more to preserve and enhance Dublin’s historic streets and buildings, supported by strong government policy and properly resourced implementation at local authority level.”

In 2021, the exemplary conservation/restoration of 18 Ormond Quay Upper received the European Heritage Award / Europa Nostra Award. These annual awards, co-organised by Europa Nostra and the European Commission, are recognised as Europe’s top honour in the heritage field.

On this occasion, the representatives from Europa Nostra presented the bronze award plaque to Dublin Civic Trust.

Impressive setting of #DublinCastle for a celebration of Europe’s shared cultural heritage & outstanding achievements of an exemplary civil society organisation @dubcivictrust, in the presence of Minister @noonan_malcolm, Heads of EC/EP Rep in Ireland & many Irish & UK colleagues pic.twitter.com/rR6qyWJXea

The event was organised with Europa Nostra and in partnership with the European Commission Representation in Ireland. It was kindly supported by the Office of Public Works and the Department of Housing, Heritage and Local Government.

Europa Nostra
Europa Nostra is the European voice of civil society committed to safeguarding and promoting cultural and natural heritage. It is a pan-European federation of heritage NGOs, supported by a wide network of public bodies, private companies and individuals, covering more than 40 countries. Founded in 1963, it is today recognised as the largest and the most representative heritage network in Europe, maintaining close relations with the European Union, the Council of Europe, UNESCO and other international bodies.Europa Nostra campaigns to save Europe’s endangered monuments, sites and landscapes, in particular through the 7 Most Endangered Programme. It celebrates excellence through the European Heritage Awards / Europa Nostra Awards. Europa Nostra actively contributes to the definition and implementation of European strategies and policies related to heritage, through a participatory dialogue with European Institutions and the coordination of the European Heritage Alliance.
Europa Nostra is among the official partners of the New European Bauhaus initiative developed by the European Commission, and is the Regional Co-Chair of the Climate Heritage Network for Europe and the Commonwealth of Independent States.

Dublin Civic Trust
Dublin Civic Trust is an independent charitable organisation that works to identify, preserve and create awareness about Dublin’s architectural heritage.
As an educational trust, they promote best practice repair and conservation of historic buildings and streetscape – involving identifying and recording the city’s built heritage, developing policy and skills training, and undertaking targeted acquisition and refurbishment of historic buildings as engaging demonstration projects. Dublin Civic Trust is committed to sustainable urban development, understanding that creative new intervention and adaptation of existing buildings is essential to the evolution of historic cities everywhere.
Dublin’s status as a historic European capital of character and distinction is a resource of enormous social and economic value – one that has not been adequately developed to date. The work of the Trust is targeted at preserving and enhancing this built asset for the benefit of everyone, with an aspiration for Dublin as a living historic city that embraces this unique built identity.