Five months after the start of the European Year of Cultural Heritage 2018, it was time to reflect on the state of the implementation: the Stakeholders’ Committee came together for their fifth meeting upon invitation from the European Commission on 5-6 June in Brussels. The main objective of the meeting was to discuss the legacy of the European Year, including the 10 European initiatives.

The discussions were held in the light of recent policy developments: the recent adoption of the New European Agenda for Culture on 22 May, which announced a European Action Plan for Cultural Heritage, and the proposal for a new Creative Europe Programme published on 30 May. Participants focused on governance aspects for the time after 2018 and on identifying priority actions in the field of cultural heritage at EU level. Two members of the European Parliament (MEPs) attended the meeting and contributed to the discussion: Michaela Sojdrova MEP and Silvia Costa MEP, both are members of the culture committee of the European Parliament. Besides a high-level conference on 26 June in Brussels, the European Parliament will also contribute with an inter-parliamentary meeting to the European Year. It will take place on 19-20 November and focus, among others, on the ratification of the FARO convention. 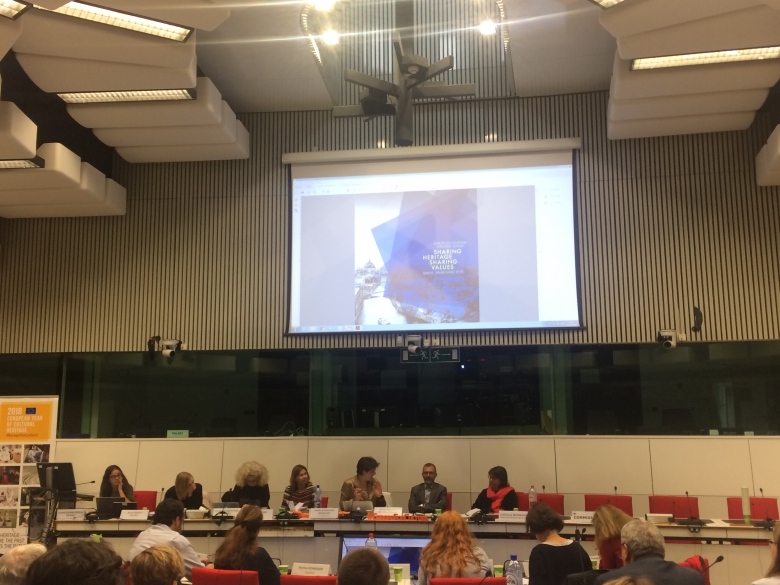 As part of the debate on the legacy of the European Year, Europa Nostra’s Secretary General Sneska Quaedvlieg-Mihailovic announced that the “Berlin Call to Action” would be shared in advance with the stakeholders for comments and input before being published on 22 June during the European Cultural Heritage Summit in Berlin.

The last meeting of the Stakeholders’ Committee (and a joint session with national coordinators) will take place on 8-9 November 2018 in Leipzig, in parallel to the Denkmal Cultural Heritage Fair. One month later, the European Year will officially close with a final conference on 6-7 December in Vienna organised by the Austrian Presidency of the Council of the EU and the European Commission.