7 Most Endangered online exhibition launched on the Google Cultural Institute

During the European heritage policy conference ‘Cultural Heritage for Europe, Europe for Cultural Heritage’ held at Bibliothèque Solvay in Brussels on 5 December, Europa Nostra and the Google Cultural Institute launched the online exhibition ‘The 7 Most Endangered: Campaigning to save Europe’s most threatened sites’. Angela Steen, Government Relation Manager at Google, presented the new partnership with Europa Nostra and showed how the world’s museums, governments and cultural organisations are using this platform to reach millions of users online. 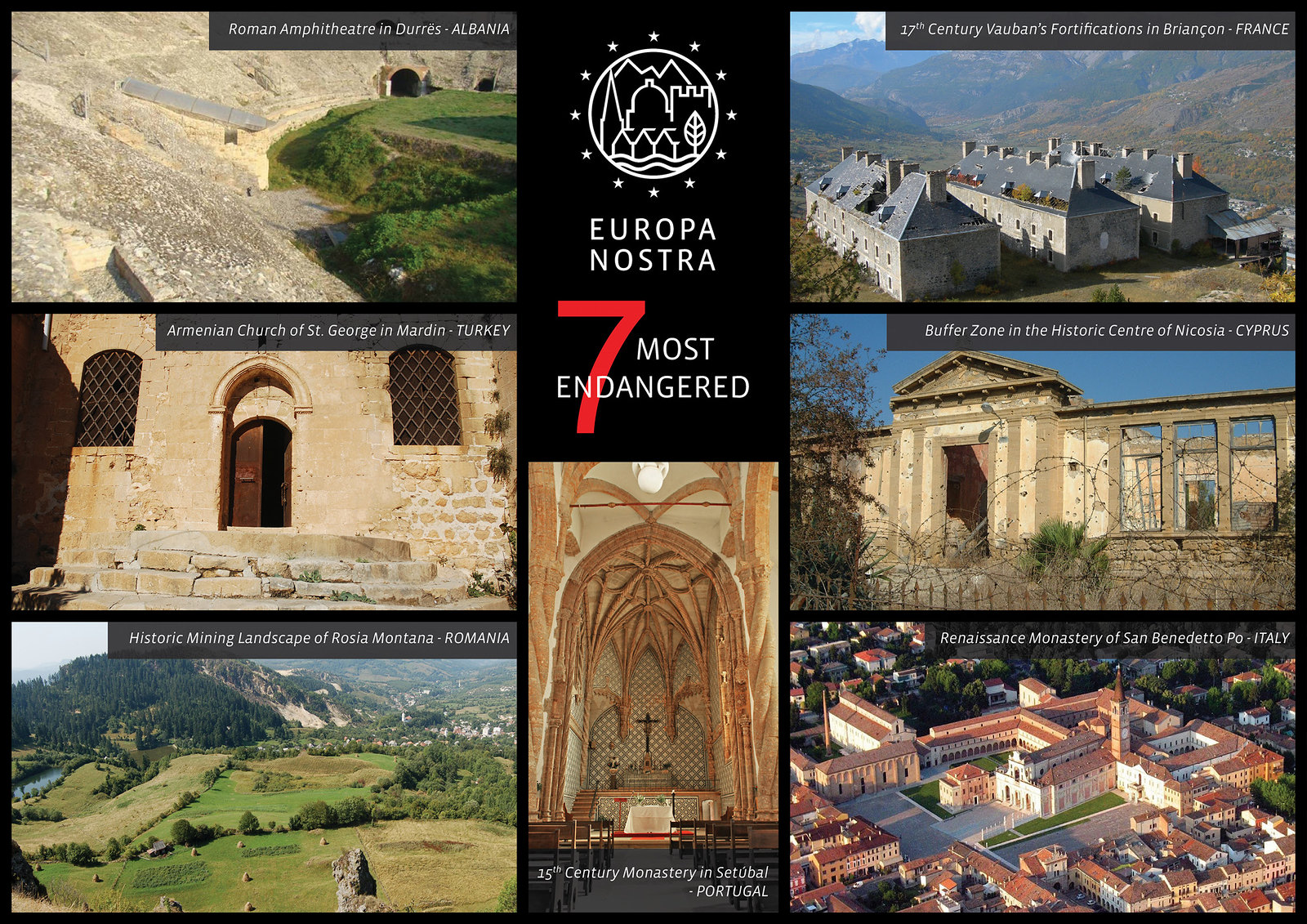 A video of Plácido Domingo, President of Europa Nostra, opens the exhibit containing photos, descriptive text, and some key facts and figures on ‘The 7 Most Endangered’ programme launched with the European Bank Institute on the occasion of Europa Nostra’s 50th anniversary. The platform provided by Google helps the programme to raise awareness on the danger faced by these important historical sites in Europe.

Photos, videos and key facts and figures about the sites visualise how important it is to preserve and inform the public about the following 7 Most Endangered sites for 2013: the Roman amphitheatre in Durrës in Albania; the buffer zone in the historic centre of Nicosia in Cyprus; Vauban’s 17th century fortifications in Briançon in France; the Renaissance monastery of San Benedetto Po in Italy; the 15th century monastery in Setúbal in Portugal; the historic mining landscape of Rosia Montana in Romania and the Armenian church of St. George in Mardin in Turkey.

In becoming a partner with the Google Cultural Institute Europa Nostra joined key global players in the world of arts and culture such as The British Museum, Tate Britain, the Metropolitan Museum of Art, Van Gogh Museum, the White House, Assemblée Nationale (France), South African History Archive, World Monument Fund and many more.

The technology behind this platform allows the exhibition to be ‘live’ in the sense that it can be updated to deliver new information around the different campaigns.

The 7 Most Endangered: Campaigning to save Europe's most threatened sites