The advisory panel of The 7 Most Endangered programme met in Brussels, at Europa Nostra’s office, on 9-10 November 2015. Independent experts in history, archaeology, architecture, conservation and finance discussed the applications made by civil society organisations and public bodies from 16 countries across Europe and devised a shortlist of the most endangered heritage landmarks. The public announcement of the 14 shortlisted sites will be made at the beginning of December. The final list of 7 sites, which will be selected by the Board of Europa Nostra, will be announced in mid-March 2016. 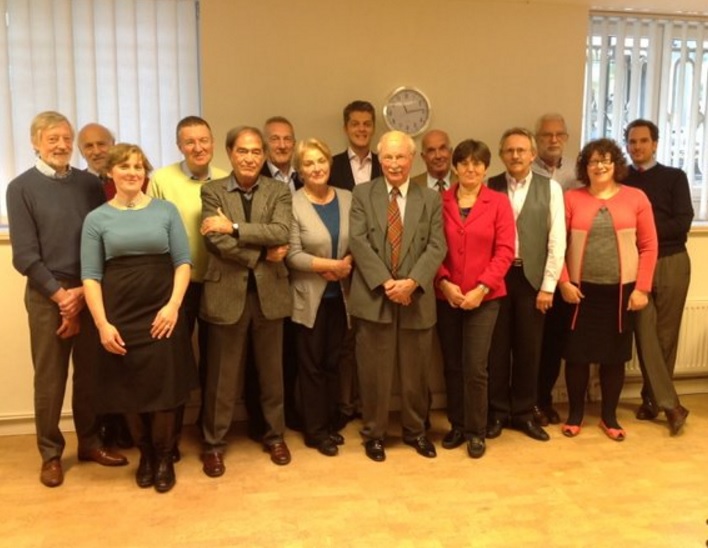 The European Investment Bank Institute (EIBI), the founding partner of this programme, was represented by Guy Clausse, Dean of the EIBI (Luxembourg), and Tom Hackett, Former and Honorary Director General of the European Investment Bank (UK). On behalf of the Council of Europe Development Bank, an associated partner, and its Head of European and International Cooperation Luca Schio (France), Rob de Lobel was in attendance.

John Sell, Executive Vice-President of Europa Nostra and non-voting Chairman of the advisory panel, represented the Europa Nostra Board (UK).

‘The 7 Most Endangered’ programme was launched in January 2013 by Europa Nostra in partnership with the European Investment Bank Institute and in collaboration with the Council of Europe Development Bank. It is supported by the Creative Europe programme of the European Union, as part of Europa Nostra’s networking project ‘Mainstreaming Heritage’ (2014-2017).