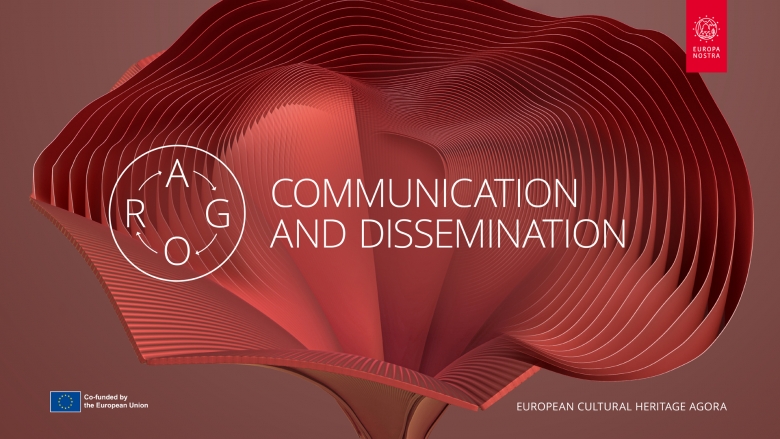 The Work Package 6, entitled Communication and Dissemination, covers and supports all activities of our network project European Cultural Heritage Agora (2022-2024). With the aim of giving high visibility to and maximising the impact of the project’s activities/results as well as achieving greater engagement with and the empowerment of cultural heritage stakeholders, a wide set of communication and dissemination activities have been undertaken, targeting our network, but also non-members of our network, media professionals and the general public.

Media campaigns have been developed and implemented, including the preparation and dissemination of media releases in various European languages, the organisation of media conferences/briefings and the setting up of joint ventures with specialised/mass media. Interviews and opinion articles on important topics have been released by leading media outlets from various European countries.

“Today, the rich and diverse heritage in Ukraine is THE most endangered heritage in the whole of Europe.”

A variety of tools, such as booklets, banners, e-banners, posters, photo albums, videos, podcasts and the Heritage in Action magazine, have been produced and widely disseminated.

The expected outcome of this Work Package is stronger awareness raising of the multiple values of cultural heritage for our economy, society and the environment among policy-makers, practitioners and citizens at large, both in the framework of Europe’s recovery as well as its long-term future.