The historic neighbourhood of Plaka, located under the Acropolis in Athens, is today seriously threatened by the proposed changes to the legislation on commercial activity which have been introduced, without any prior public discussion, by the Greek government. This draft law would effectively cancel the widely applauded land-use regulations for the Plaka area adopted in the late 1970s/early 1980s ensuring a well-balanced coexistence of residential and commercial uses of Plaka’s historic buildings. In response to this recent development, Elliniki Etairia, Europa Nostra’s country representation in Greece, started a public campaign against the proposed legislation. Europa Nostra joined the campaign by sending an appeal to the Greek Minister of Environment, Energy and Climate Change, Yannis Maniatis, on 15 December 2014, urging him, and through him the Greek government, to withdraw the proposed law changes. 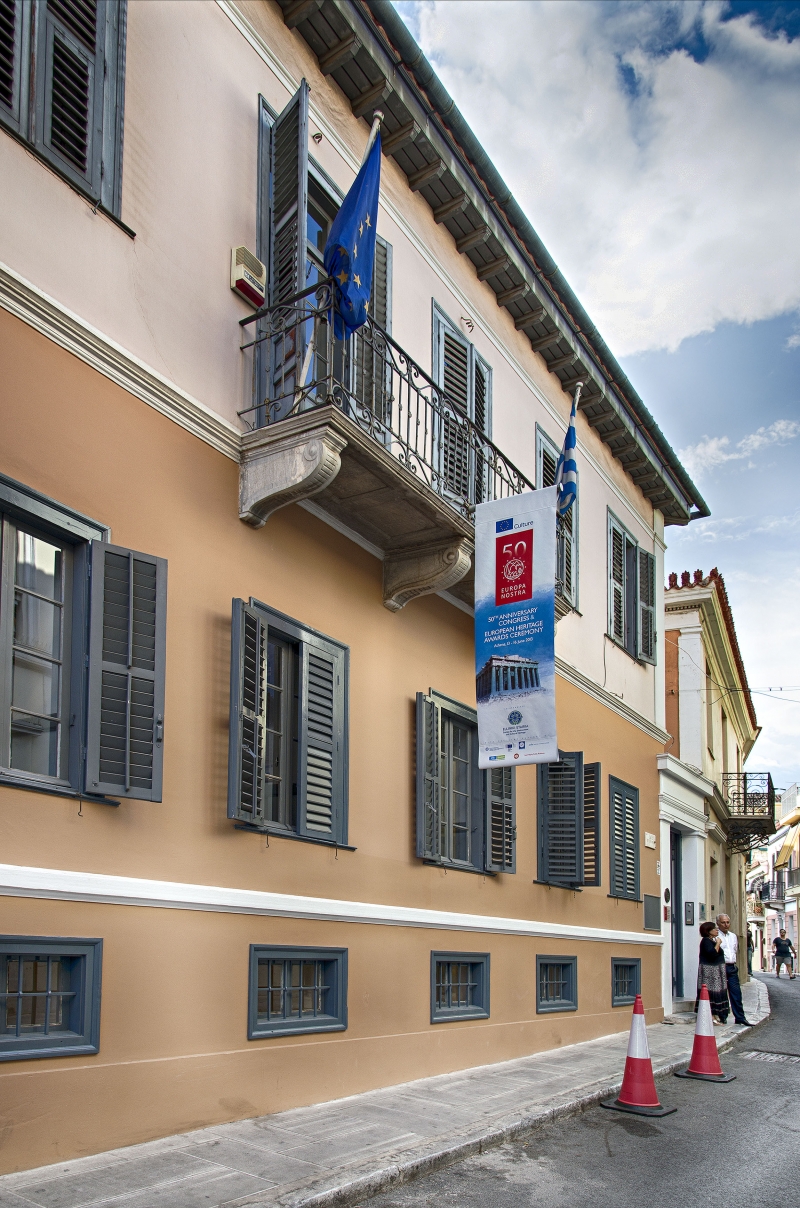 The headquarters of Elliniki Etairia, are located in the historic district of Plaka. Photo: Ilias Georgouleas.

If the proposed law is adopted, it would allow tavernas, restaurants and bars to occupy all the floors and roof terraces of traditional buildings in Plaka. In practice, this would permit the removal of residents from upper floors, increasing noise levels and ultimately overturning the balance established in the last decades.

“Europa Nostra has for the past forty years considered the conservation and proper land use regulation of the historic district of Plaka, which harmoniously unites the monuments of the Acropolis with the modern city, an issue of great significance for the cultural history of Europe. It is for this reason that we welcomed the effective conservation programme and new land-use regulations limiting tavernas, restaurants and bars to the ground floor of the buildings, and honoured both Plaka and the Greek government with one of our European awards – a Medal of Conservation in 1983,” affirmed Sneška Quaedvlieg-Mihailović, Secretary General of Europa Nostra.

“These regulations have proven the most effective in saving Plaka forty years ago from the total domination of an unhealthy night life, and ensuring a balanced mix of residential and commercial developments that made the area more attractive to visitors not just from Europe but from every country in the world. We therefore strongly urge the Greek government to withdraw the currently proposed legislation,” stated the Secretary General of Europa Nostra.

Europa Nostra and Elliniki Etairia strongly encourage their members and supporters to write to the Greek Minister of Environment, Energy and Climate Change to withdraw the proposed law modifications and maintain the current land use regulation for historic neighbourhood of Plaka (secmin@prv.ypeka.gr).

Letter to the Minister of Environment