The Gustav Klimt Memorial Society joined Europa Nostra’s network of Member Organisations in February 2015. The Viennese association was founded in 1999 by a group of volunteers, with the aim of saving and restoring Klimt’s villa and last studio, as well as preserving, interpreting and promoting his artistic legacy. The Klimt Society received a European Union Prize for Cultural Heritage / Europa Nostra Award in 2014 for its outstanding dedicated service to heritage. 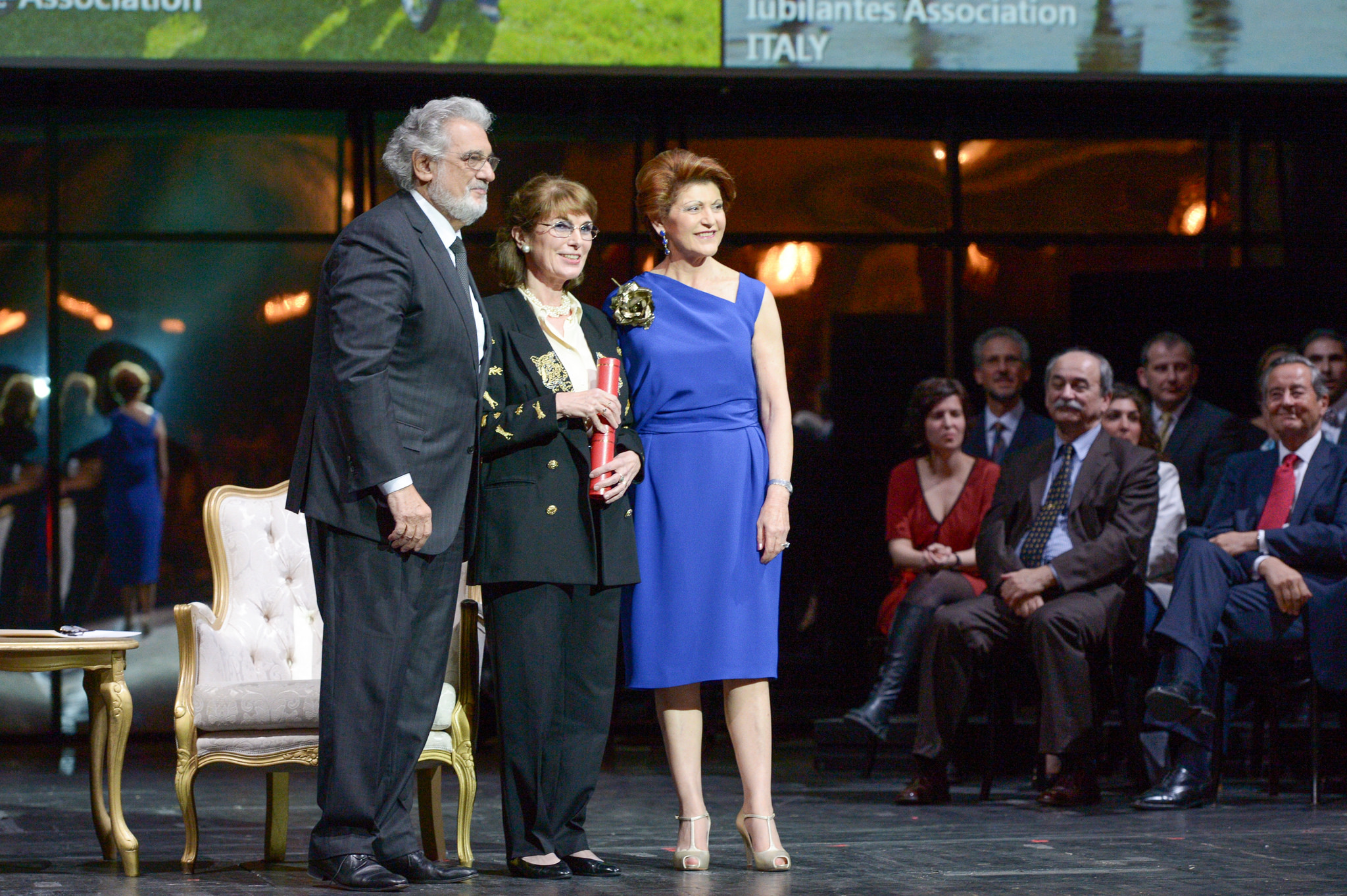 The Klimt Society’s President received the Award from Plácido Domingo, President of Europa Nostra, and Androulla Vassiliou, former European Commissioner for Culture, at the European Heritage Awards Ceremony in Vienna on 5 May 2014. Photo Oreste Schaller

The association led a 14-year campaign to persuade the Austrian government to preserve Klimt’s villa, garden and studio as a public space for everyone to enjoy. The Jury praised the Klimt Society’s unshakeable determination in the pursuit of its goal. “Through its painstaking efforts over a long period to ensure the faithful refashioning of Klimt’s studio, and to introduce extensive outreach programmes to secure its future as a sustainable cultural centre, this association of volunteers has successfully anchored the memorial in the public consciousness, supplementing and extending the artist’s special reputation,” reads the citation of the Awards Jury.

Raising public awareness about Klimt’s villa and studio, through the staging of regular cultural and public relations events (guided tours, excursions, exhibitions, readings, lectures, concerts and garden parties), and lobbying against land development in the neighbourhood are the main activities of the association.

In Austria, Europa Nostra has seven member and associate organisations. Europa Nostra seeks to strongly engage and further enlarge its network of members, associates, benefactors, partners and supporters in Austria and all over Europe. Together we can save and promote our shared cultural heritage. JOIN US