On 1 September, the Taratanci Foundation celebrated the European Heritage Award / Europa Nostra Award 2021 which was given to its project “Following in the Steps of Bulgarian Folklore”. The vibrant celebrations took place at the OBORISHTE5 Gallery and Hall in Sofia and marked the opening of the exhibition “Follow the Steps”, which depicts 40 patterns of popular and forgotten Bulgarian folk dances, known as “horo”. 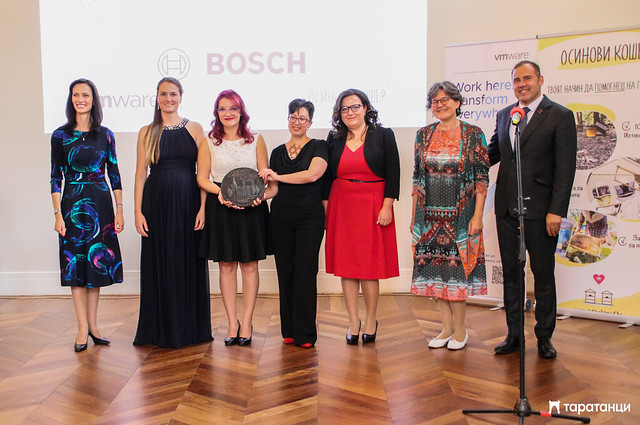 Commissioner Gabriel offered her enthusiastic congratulations to the initiative, underlining the importance of intangible cultural heritage to both Bulgaria and Europe. She also had the honour of unveiling the plaque for the Tataranci Foundation’s project “Following in the Steps of Bulgarian Folklore”.

On behalf of Europa Nostra, Sneška Quaedvlieg-Mihailović and Eugen Vaida each praised the awarded project as having had the ability to creatively present and make accessible the intangible heritage of Bulgaria.

The Secretary-General of Europa Nostra emphasised that the initiative speaks to the values of Europa Nostra, which has, since its foundation, recognised the huge importance of creativity and innovation to the preservation and promotion of heritage across generations.

The current members of the Taratanci Foundation then presented their future plans to the assembled guests. 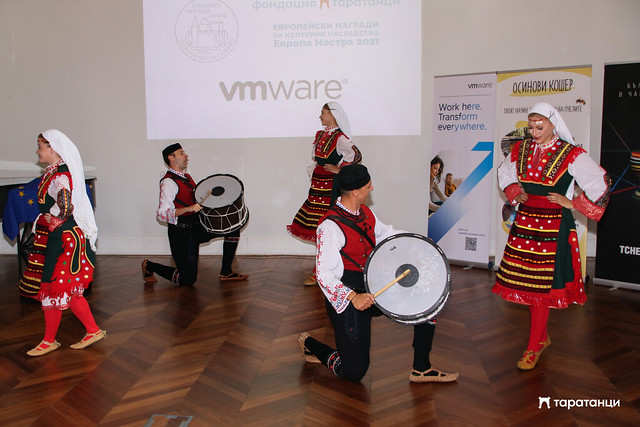 The event was enriched with unique performances of dance by the Bulgarian Rhythms ensemble that took the guests on a tour through all of the ethnographic areas in Bulgaria. The magical voices of the vocal group Avigeyal lent a wonderful atmosphere to the ceremony.

The event was attended by representatives of the Bulgarian Business Chamber and Members of the European Parliament, as well as representatives of socially responsible companies with an interest in supporting projects in the field of cultural heritage. It was broadcast live on social media in order to ensure the inclusivity of the ceremony and reached over 750 online viewers.