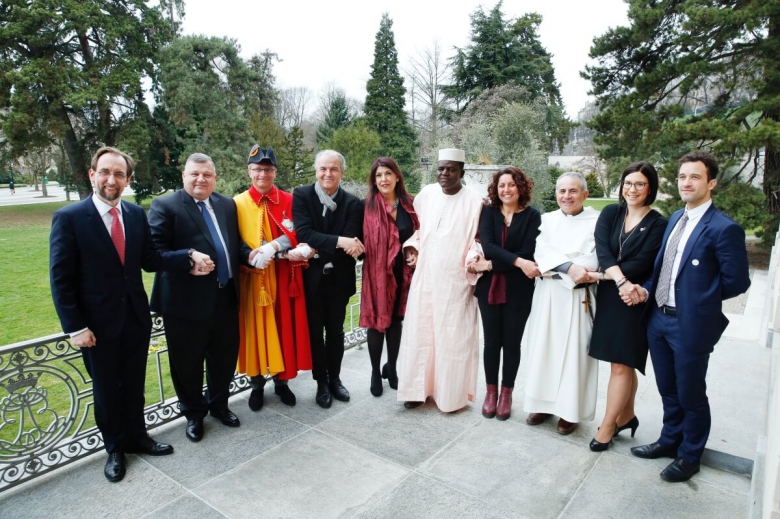 The Geneva Declaration highlights the importance of cultural heritage for human rights. It aims to better specify the obligations of cities in rehabilitation processes and to put forward proposals for the development and implementation of a network of cities acting in solidarity to be places of refuge for mobile cultural heritage and its defenders.

The intention of the signatory cities to commit themselves to the protection of cultural heritage has its basis in the knowledge that the deliberate and systematic destruction of cultural heritage represents much more than an archaeological loss but that its main objective is to negatively impact the heart of the community to which it belongs and to erase its memory through the denigration and destruction of its values.

The Declaration stated that “the cities and local governments which support this Declaration are deeply attached to both the exercise of local democracy and respect for international obligations, grounded in particular in the Universal Declaration of Human Rights and international humanitarian law, including the Geneva Conventions. They express their commitment to working together in light of the severe harm inflicted on people and heritage. They place safeguarding cultural heritage, an essential resource for the exercise of human rights, particularly cultural rights, and for social cohesion, peace and sustainable development, at the heart of their activities.”

The signatories cities and local governments have made the following commitments:

1) Develop and maintain cities and territories that put people and their rights at the centre of their policies; 2) Prevent destruction as a violation of human rights; 3) Encourage the creation of open and dynamic heritage communities; 4) Ensure the exercise of local democracy with universal participation; 5) Work for better recognition of the value of heritage; 6) Rehabilitate heritage and encourage creativity; 7) Implement ambitious policies; and 8) Develop a culture of exchange and heritage solidarity between cities.

The Geneva Declaration was drafted by a group of international experts with the collaboration of the Observatory of Diversity and Cultural Rights.