The City of Antwerp, owner of the Bourla Theatre, has decided to rehabilitate the Historic Stage Machinery of the Bourla Theatre, which was listed among the 7 Most Endangered heritage sites in Europe in 2014 by Europa Nostra and the European Investment Bank Institute, following a nomination by PERSPECTIV – Association of Historic Theatres in Europe. The announcement was made on 16 March during the public presentation of the new masterplan for the renovation and development of the theatre. Europa Nostra’s Vice-President Piet Jaspaert, who has been actively involved in this case since the beginning, welcomed this landmark decision and praised this masterplan that safeguards the rare 19th century Stage Machinery of the Bourla Theatre in a contemporary context. 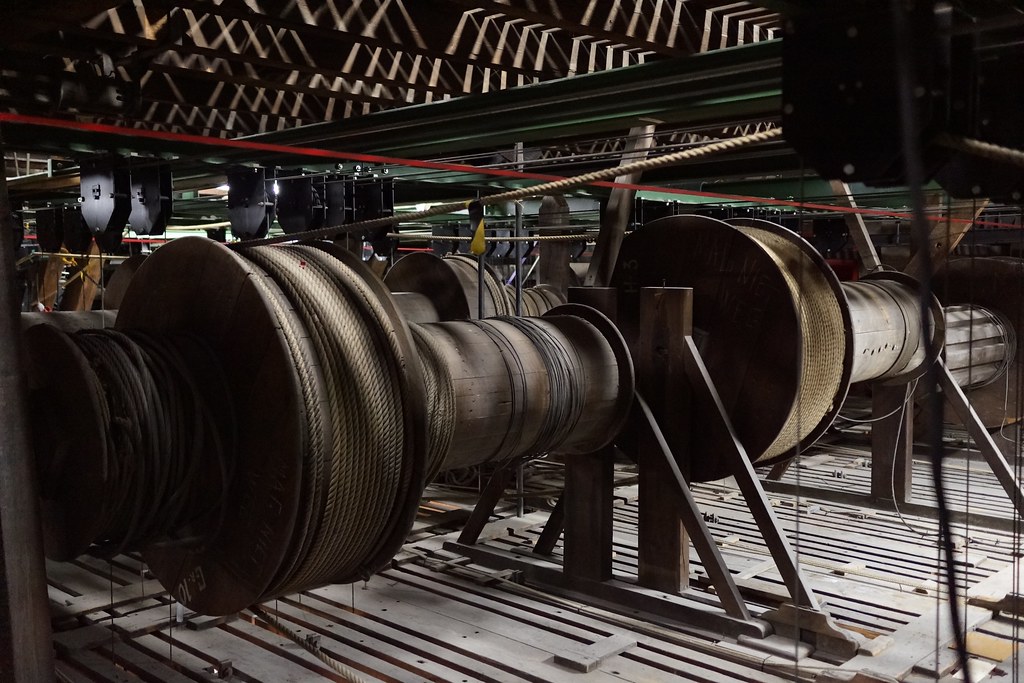 “We are delighted that a promising future for the Bourla Theatre and its Historic Stage Machinery seems to be ensured. We wish to congratulate the City of Antwerp on their crucial decision, which is fully in line with the motto of the European Year of Cultural Heritage 2018: ‘Our Heritage: where the past meets the future’,” stated Europa Nostra’s Vice-President Piet Jaspaert.

“From the beginning, we have been consistent in our position that full attention should be given to the safeguard of the built and technological heritage as well as to the justified needs of the contemporary theatre company Toneelhuis. Thanks to the willingness of all stakeholders, a constructive dialogue could be held over the last four years and a remarkable European heritage asset could be preserved for the benefit of present and future generations,” he added.

During the public presentation of the new masterplan, the Chairman of Toneelhuis Johan Swinnen thanked Europa Nostra for organising a working visit to England in 2015 where delegates from the Flemish Ministry for Cultural Heritage, the Flemish Agency for Cultural Heritage, the City of Antwerp and Toneelhuis had the opportunity to visit four representative theatres in Newcastle and Leeds in order to find a viable future for the historic machinery of the Bourla Theatre.

In an official press release issued on 16 March, the Flemish Heritage Agency stated: “This masterplan turns the Bourla into a theatre that is once again open and accessible to all Antwerpers and to all lovers of theatre. Moreover, it shows that it is possible to appropriately interweave the Bourla’s valuable historical heritage with the ambitions and needs of Toneelhuis as a contemporary theatre company”. The construction costs for the implementation of this masterplan are estimated at around 44 million Euros. The total investment costs are in the range of 65-70 million euros. The City of Antwerp and the Flemish government are currently discussing the financing of this project. The ambition is to implement this plan in the course of the next period of municipal policy.

Photos and images of the Masterplan