Hispania Nostra and Europa Nostra would like to show their support and solidarity to the population of the island of La Palma in the face of the ongoing destruction caused by the eruption of the Cabeza de Vaca volcano in Cumbre Vieja since September 19. 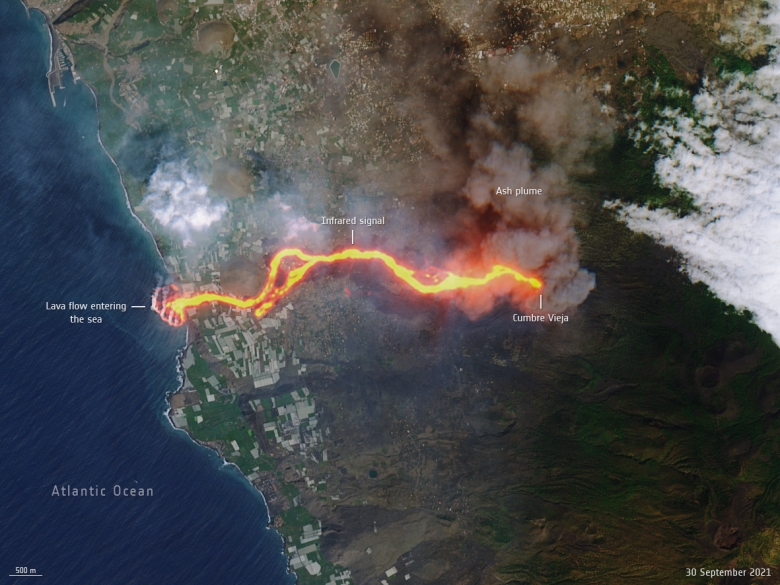 Every day the number of hectares of cultivation and destroyed infrastructure increases, and it is expected that around 1000 buildings with all their belongings will disappear. Hundreds of families have lost their tangible and intangible heritage.

In 2018, the Private Water Owners of Argual and Tazacorte (Heredamiento de las Haciendas de Argual y Tazacorte) received the European Union Grand Prize for Cultural Heritage/Europa Nostra Award, the highest European recognition in this field for its “historical management of water for more than five centuries and for the conservation and current use of water for agriculture through a private organisation”. A group of 1540 landowners were honoured for their great conservation work in the Caldera de Taburiente National Park. All this is now in danger. 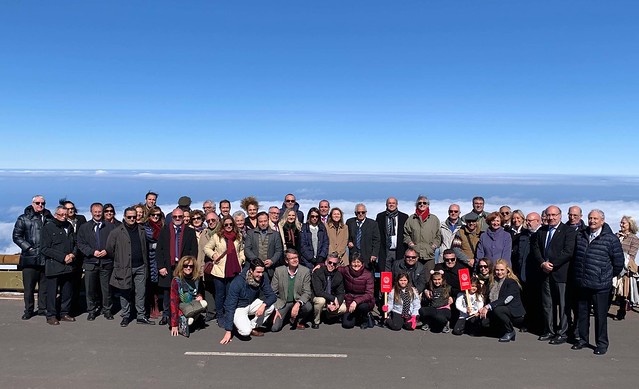 A close association has linked us with the beautiful island since 2017, when we organised the meeting “Together towards 2018 – European Year of Cultural Heritage”, which took place in the Hotel Hacienda de Abajo, Villa y Puerto de Tazacorte.

In the words of the president of Hispania Nostra, Araceli Pereda: “La Palma is the nearest thing to paradise. It boasts a significant cultural and natural heritage, a balanced tourism inflow that respects the islanders and their environment. A bequeathed heritage that provides meaning to our life, helps us to understand it better, and is preserved by and for the people“.

Hispania Nostra and Europa Nostra, overwhelmed by La Palma disaster, call on the civil society to mobilise in support of the Island.

Furthermore, we also request all the assistance that can be provided by the institutions of the European Union.

Expressions of solidarity can be forwarded to the following e-mail address: lapalma@hispanianostra.org