Europa Nostra, the leading heritage organisation in Europe, and the European Investment Bank Institute issued today a report comprising an action plan to restore and develop Patarei Sea Fort in Tallinn, listed among The 7 Most Endangered heritage sites in Europe in 2016, following a nomination submitted by the Estonian Heritage Society. The European experts acknowledge the efforts to rehabilitate this “exceptional heritage site” made by the Estonian State, through its company State Real Estate (RKAS). However, the independent specialists do not support the company’s proposal to sell the entire complex to the private sector and recommend the national authorities to retain overall control of the site and undertake further preparation in investigations and studies before implementation of the sale.

The technical and financial action plan was formulated on the basis of the outcomes of the four-day mission in Tallinn undertaken in September 2016, during which experts from Europa Nostra and the European Investment Bank Institute visited Patarei and took part in working meetings with national authorities – including the Minister of Public Administration Arto Aas, the Minister of Culture Indrek Saar and the acting Mayor of Tallinn Taavi Aas –, civil society organisations and other stakeholders. 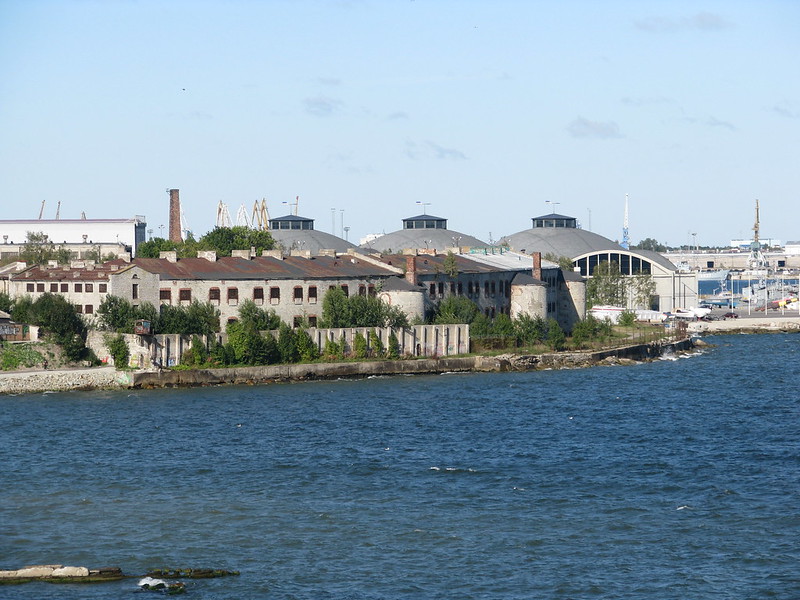 “Patarei Sea Fort is an exceptional site that must be preserved as an integral part of the development of Tallinn city,” highlights the report led by Peter Bond, Technical Consultant appointed by the European Investment Bank Institute. Built in 1840, Patarei is the largest intact classical style building in Estonia, remarkable for its architectural value, being one of the biggest defence complexes to survive as a whole unit in the Baltic Sea Region. Historically and culturally, the site represents a comprehensive overview of Estonia’s history in the 19th and 20th centuries and serves as a monument to the tens of thousands of political prisoners detained therein during the Soviet and Nazi occupations.

Despite its rare historic and heritage value, the monument is in an advanced state of decay due to lack of maintenance for several years and inadequate funding from the owner, the Estonian State. The redevelopment costs as proposed are estimated to be over 100 million euros, spread over several years.

“Proceeding with the sale of the entire complex to private developers – as proposed by the State Real Estate company – is not supported. Very little detailed information is available especially on restoration costs which suggests any sale is premature with considerable associated risk. The financial viability of the whole development for the private sector appears very doubtful without a large injection of equity or grant. This is because of the high comparative cost and lower revenue potential of the heritage buildings which out-weigh the more profitable new multi-functional developments. This raises concerns that the restoration works as opposed to the new buildings may not proceed in a timely manner or may even be omitted. There is no objection that some parts may be sold to the private sector but, if so, these should be under the strict control of the Administration or its representative,” the report concludes.

According to the European experts, if the national authorities wish to proceed with the State Real Estate’s proposal, the following key recommendations are put forward:
1) carry out a preliminary financial study to ascertain if there is a credible “business case” that would interest potential private bidders. A decision on how to proceed should await this initial check study;
2) make emergency repairs on the most damaged parts of the roofs;
3) ensure that any contract must absolutely guarantee that the Fort and its heritage buildings are restored to clear criteria together with a firm timetable;
4) introduce a pre-selection stage for the tender in order to ensure the quality of bidders and especially to gauge the depth of valid interest before launching the tender;
5) form a Steering Group to advise on actions and progress. This should comprise not only the State Real Estate’s team but also other potential partners, such as the Tallinn Municipal Technical Department, the Estonian Heritage Society, the organisation SA Kalaranna Patarei and other NGOs as well as representatives from the local community;
6) undertake as early as possible a comprehensive technical survey of the Fort and other existing buildings. This should not only identify the present condition but also outline proposals for reinstatement, including preliminary cost estimates. Pilot tests may be appropriate to confirm the restoration techniques; and
7) establish an experienced team of professionals to manage the whole process and perhaps reinforce the State Real Estate’s team in some specialist areas.
However, if the alternative approach put forward by the report is adopted, in addition to the recommendations listed above, the following actions should be implemented:
8) conduct further detailed studies on the potential users and uses notably for museums (the Estonian War Museum), hotels, restaurants, offices, workshops and dwellings to assess their potential and the detailed needs;
9) on the basis of these new data, undertake a financial study to understand the real needs and options and then begin to optimise the financing, including seeking funds; and
10) prepare a sound development strategy in agreement with the NGOs and other parties, and then proceed to implementation.

Financing should be sought from various sources: “A mixed solution will probably be the most suitable, ideally with a significant grant from European Union, perhaps enhanced by a loan from the European Investment Bank or other financial institution and with some contribution from the private sector, all topped up with Government support,” notes the report.

Following the expert missions to other sites listed among The 7 Most Endangered 2016, Europa Nostra and the European Investment Bank Institute will announce at the beginning of next year the technical and financial actions plans for the Archaeological site of Ererouyk and the village of Ani Pemza in Armenia, Helsinki-Malmi Airport in Finland, Colbert Swing Bridge in Dieppe in France and the Kampos of Chios in Greece. The working meetings related to the Convent of St. Anthony of Padua in Extremadura in Spain and the Ancient city of Hasankeyf and its surroundings in Turkey will be held in the coming months.