Experts from Europa Nostra, the leading heritage organisation in Europe, and the European Investment Bank Institute were in Tallinn for a four-day mission related to Patarei Sea Fortress, listed among The 7 Most Endangered heritage sites in Europe in 2016, following a nomination made by the Estonian Heritage Society. On 16-19 September, the European delegation of heritage and financial specialists met with national authorities – including the Minister of Public Administration Arto Aas and the Minister of Culture Indrek Saar –, civil society organisations and other stakeholders, with the aim of mobilising efforts towards saving this gem of Europe’s cultural heritage. The key findings and recommendations of the mission will be published in a report by the end of this year. 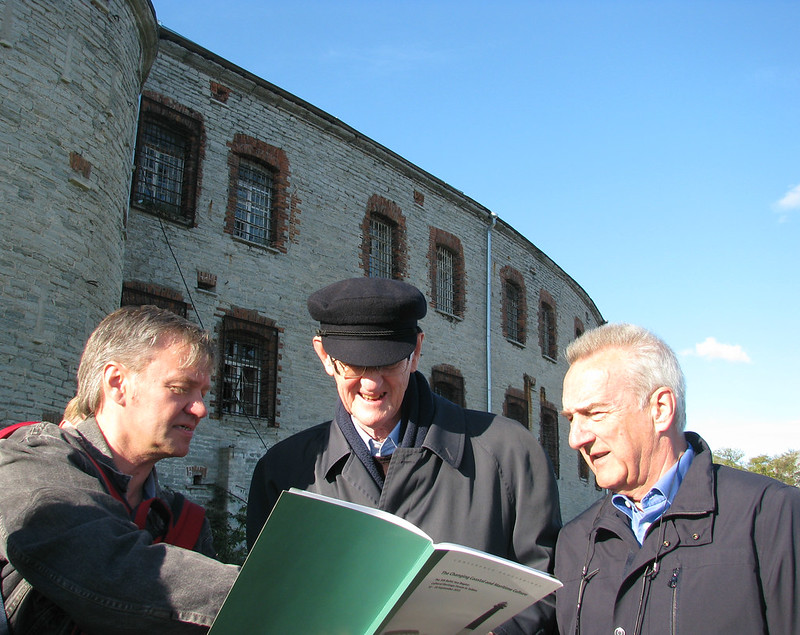 Patarei Sea Fortress is the largest and most impressive intact classicist style building in Estonia, remarkable for its architectural value, being one of the biggest military/defence ensembles to survive as a whole unit and much to its initial layout in the Baltic Sea Region. Historically and culturally, the site represents a complex overview of Estonia’s history in the 19th and 20th centuries and serves as a monument to the tens of thousands of political prisoners detained therein during the Soviet and Nazi occupations.

Despite its rare historic and heritage value, the monument is in an advanced state of decay due to lack of funding from the owner, the Estonian State, to cover the extensive and costly rehabilitation project. Moreover, there is insufficient recent data on the state of the Fortress building, making it difficult to calculate the actual cost of the renovation.

The delegates voiced serious concern about the sale of the Patarei ensemble to the private sector and aspects of the proposed zoning plan. Doubt was expressed about the viability of the business plan for a private sector sale as it seems unlikely that the financial potential from developing the site and its buildings would be adequate in relation to the financial commitment required to restore and renovate Patarei Sea Fortress. The specialists shared the worries of the Estonian Heritage Society and other NGOs that the new plan will not safeguard the restoration of the Patarei ensemble. They also noted that Patarei Sea Fortress, together with the adjacent Tallinn Seaplane Hangar, has the potential to turn the seashore area into an environmentally and culturally valuable town space, provided new commercial buildings were not squeezed in too close to Patarei.

On 16 September, Piet Jaspaert and Peter Bond took part in the international conference Ökomäss. The experts spoke about ‘The 7 Most Endangered’ programme and their participation in missions to other endangered sites listed in previous years, and highlighted the value of heritage and its positive impact on Europe’s economy, culture, society, and the environment.

On 17 September, during a meeting held in the Estonian War Museum, the representatives discussed with Director Hellar Lill the interest and possibilities of the museum in connection with Patarei Sea Forttress.

On 18 September, the delegates visited Patarei Sea Fortress and other outstanding heritage sites in Estonia, such as Tallinn Seaplane Harbour, a Grand Prix winner of the EU Prize for Cultural Heritage / Europa Nostra Award in 2013, and held discussions with stakeholders involved in the preservation and renovation of the site.

On 19 September, the delegation met with representatives from national authorities in Tallinn, including the Minister of Public Administration Arto Aas, the Minister of Culture Indrek Saar and the Vice-Mayor of Tallinn Taavi Aas.

On the same day the experts gave a press conference about their initial impressions from the on-site visits and various working meetings at the premises of the Estonian Heritage Society.

The delegates from Europa Nostra and the EIB Institute expressed hope that the future of Patarei Sea Fortress would be openly discussed between the representatives from the involved ministries, the municipality of Tallinn and NGOs such as the Estonian Heritage Society and SA Kalaranna Patarei. It was suggested that a Steering Group be set up to tackle the issue of poor communication between all stakeholders. It was also highlighted that decisions concerning the development of public space must be made in consultation with communities and civil society organisations, who can offer valuable know-how and assistance.

The experts put forward other valuable suggestions with the aim of achieving the optimal solution to preserve, restore and develop Patarei Sea Fortress as a significant monument in Estonian and European history.