The City of Alessandria has one of the most famous examples of European military architecture of the seventh-eighteenth century: the Citadel, which was selected as one of the ‘The 7 Most Endangered’ monuments in Europe for 2014 by the leading European heritage organisation Europa Nostra and the European Investment Bank Institute. 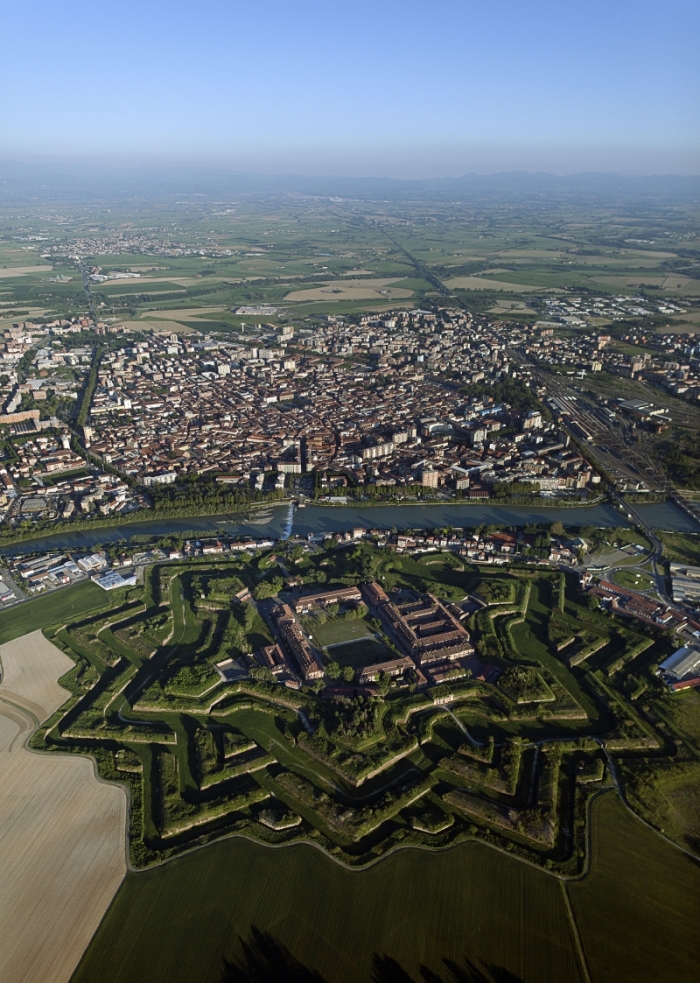 The Citadel of Alessandria is the most important hexagonal fortress in Europe, according to UNESCO. Photo: Folco Quilici / Courtesy of Fondazione Cassa di Risparmio di Alessandria.

A joint team of heritage and financial experts from Europa Nostra and the European Investment Bank Institute is visiting the seven selected sites with the aim of performing a comprehensive assessment and contributing to finding feasible solutions, in close consultation with public and private actors. The visit to the Citadel of Alessandria – the only site selected in Italy for 2014 – is scheduled for 20-21 October.

During the technical visit, the European delegation of experts will have the opportunity to meet the representatives of the most important national and regional/local institutions as to deepen (from a scientific, architectural, infrastructural, socioeconomic and cultural point of view) the prospects of recovery and improvement of the Compendium. The monument – under the protection of the Architectural Heritage and Landscape Superintendency – is owned by the State Property, which has recently launched a public call for the concession of the Citadel aimed at its preservation and enhancement.

An important role of awareness and incentive to bring the issue of the Citadel at the center of national and international attention has been and is being done by the FAI-Italian Environmental Fund, thanks to the multiannual activities of the Delegation of Alessandria and thanks to the project “Places of the Heart”.

The 2012 census “Places of the Heart” has promoted the Citadel winner of the national edition, thanks to 53.000 preferences. FAI and Intesa San Paolo, partner of the project, has granted a contribution of € 50.000 for the eradication of ailanthus: this intervention is managed by the Architectural and Landscape Superintendecy for the provinces of Novara, Alessandria and Verbano-Cusio-Ossola.

Representatives of State Property, Superintendecy and FAI will take part to the Inspection. The Municipal Administration of Alessandria will be represented by the Mayor Maria Rita Rossa, Eng. Marcello Ferralasco, Assessor for the “Enhancement of the Citadel,” Dr. Vittoria Oneto, Assessor of Culture and Tourism, and Eng. Marco Italo Neri, Director of Infrastructure Direction.