Experts from Europa Nostra and the European Investment Bank Institute went to Greece for missions related to the Five Southern Aegean Islands, listed among the 7 Most Endangered heritage sites in Europe for 2021. Following the visit to the islands of Kimolos and the nearby island of Milos made on 4-6 December 2021, the experts visited the island of Kythira between 28 February and 2 March. During both missions, Prof. Paolo Vitti, Board Member of Europa Nostra and member of the Advisory Panel of the 7 Most Endangered Programme, and Mr. Constantin Christofidis, Technical Consultant contracted by the EIB Institute, met and exchanged views with relevant stakeholders and local representatives. 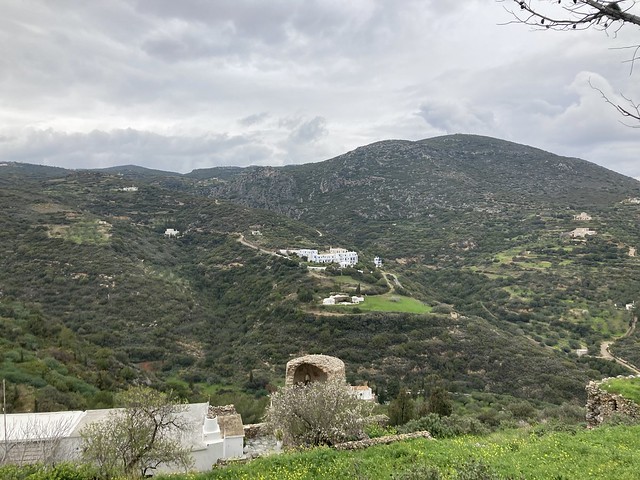 The visits were organised by ELLINIKI ETAIRIA – Society for the Environment and Cultural Heritage, which nominated the Five Southern Aegean Islands, namely Amorgos, Kimolos, Kithira, Sikinos and Tinos, to the 7 Most Endangered Programme.

The key findings and recommendations of the missions will be published in a report in the second half of 2022.

The primary purpose of the first mission was to collect information and to consult with local communities and hear their opinions about the exploitation of their geothermal capacity. Moreover, the team of experts tried to understand the problems that may arise from the installation of industrial-scale wind turbines in the natural and human-made landscape, and exchanged views with the local stakeholders and the municipalities, starting a fruitful cooperation with them.

The experts from Europa Nostra and the EIB Institute were accompanied by representatives from ELLINIKI ETAIRIA, namely Mr. Dimitris Leventis, Vice-President of the Special Council for the Architectural Heritage, Mr. Michalis Fytikas, Emeritus Professor of Geothermal Resources and Member of the Special Council for Energy, and Mr. Miltiadis Lazoglou, Environmental Policy Coordinator.

On 4 December, the team visited the eastern part of the island of Milos, where wind farms will be installed. During this visit, important information was provided to the team by Mr. Averkios Gaitanis, Member of the Municipal Council of the island.

On 5 December, a short visit to the Archaeological Site of Fylakopi – one of the most important settlements of Cycladic culture and the most important city of the prehistoric Aegean – took place. Then the team visited several sites in Kimolos and specifically the site of Paleokastro, where most of the wind farms are planned to be installed, having a significant impact on the local landscape. 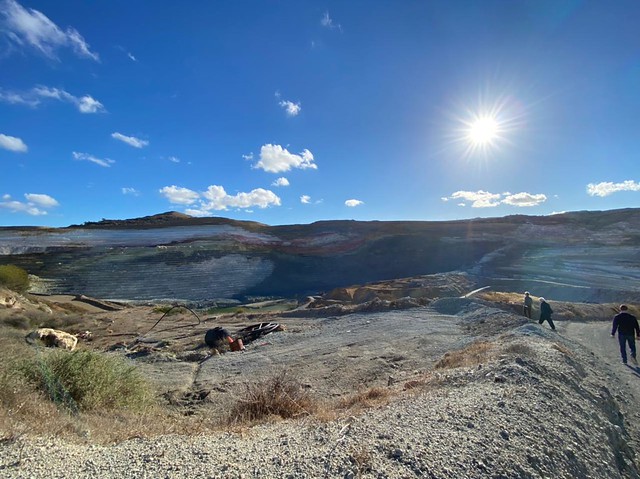 In the afternoon, a meeting was held with the Mayor of Milos, Mr. Manolis Mikelis. The discussion focused on the specific issues of the installation of the wind turbines and the exploitation of the geothermal capacity in the island. The European delegation also met with representatives from the economic and cultural institutions of Milos and Kimolos at the venue of the Labor Center of Triovasalo.

On 6 December, a meeting was held in the event hall of the City Hall with the Mayor and the Deputy Mayor of Milos, Members of the Municipal Council of Milos and Mr. Nikolas Syrmalenios, Member of Parliament for the Region of Cyclades.

Finally, the team visited the archaeological site of the ancient theatre of Milos and the settlement “Klima”, from where the programmed installation of wind turbines will dramatically alter the view.

The main objective of the second mission was to identify the existing issues and assess the conditions on the Kythira island. Furthermore, this mission aimed at understanding the problems that may arise from the installation of industrial-scale wind turbines in the landscape, and exchanging views with the local stakeholders and the municipality.

The delegates from Europa Nostra and the EIB Institute were joined by representatives from ELLINIKI ETAIRIA, namely Mr. Dimitris Leventis, Vice-President of the Special Council for the Architectural Heritage, and Ms. Vasiliki Pougkakioti, responsible for the Special Council for Energy and the programme LIFE-IP AdaptInGR. During the visit, the team was guided by Mr. Manos Vasilakis, a Civil Engineer who represented the Kythera Citizens’ Movement – Dynamo Kythera.

On the first day, the team visited the archaeological site of Paleochora, where the installation of 14 wind turbines – with a capacity of 3 MWatt each – is planned not far from the site. Paleochora is the ruined medieval capital of the island of Kythera, which was built on the northeast side of the island. It is surrounded by a deep and steep gorge, making the site a natural fortress. 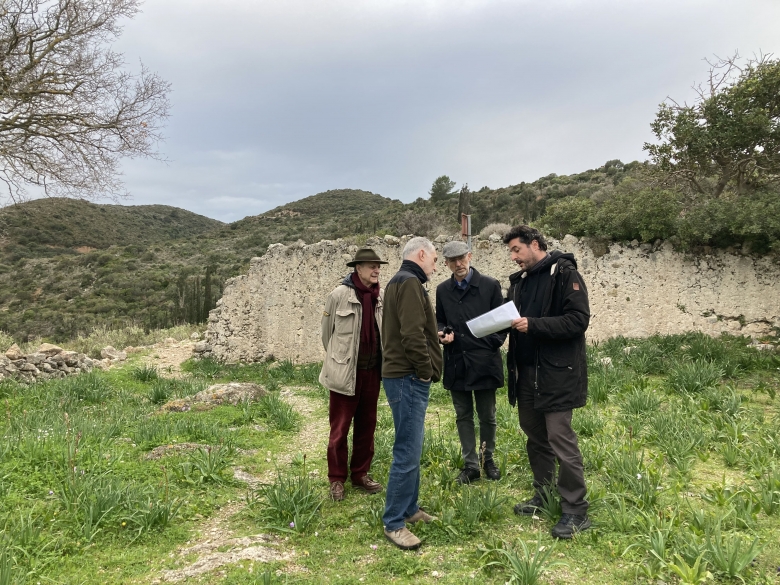 On the second day, the team visited the western and northwestern parts of the Kythera island, with Important Bird Areas located near traditional settlements, which are subject to a plan for the installation of industrial-scale wind farms. The European delegation met there with representatives from the local community and local stakeholders of Kythera.

A meeting was also held with representatives from the municipality of the island of Kythera and the Domestic Management Committee of Kythera and Antikythera. Through the discussion, the team was informed that the municipality has hired an energy consultant and intends to immediately establish an energy community, which will initially consist of six members (from the municipality, the Domestic Management Committee of Kythera and Antikythera and local stakeholder). The goal is to find the right place to install a photovoltaic park to ensure the island’s energy self-sufficiency. In addition, the Europa Nostra and EIB Institute team was informed that the Kythera Municipality and the local stakeholders have appealed against all seven wind energy production licences that have been issued. 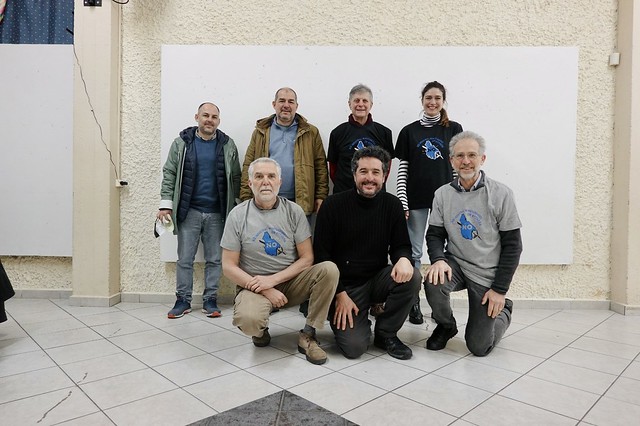 The missions related to the Five Southern Aegean Islands were extremely useful to assess the situation and gather local perspectives regarding the challenges affecting these islands. The experts highlighted the necessity to promote measures that will reduce the islands’ energy needs, and the importance to conduct a study that will propose alternative green solutions while ensuring the protection of the islands’ natural and cultural value.

Overall, all local stakeholders involved in the missions agreed that listing of the Five Southern Aegean Islands among the 7 Most Endangered heritage sites in Europe for 2021 helped the stakeholders significantly in their efforts for a sustainable and resilient future for these unique islands.