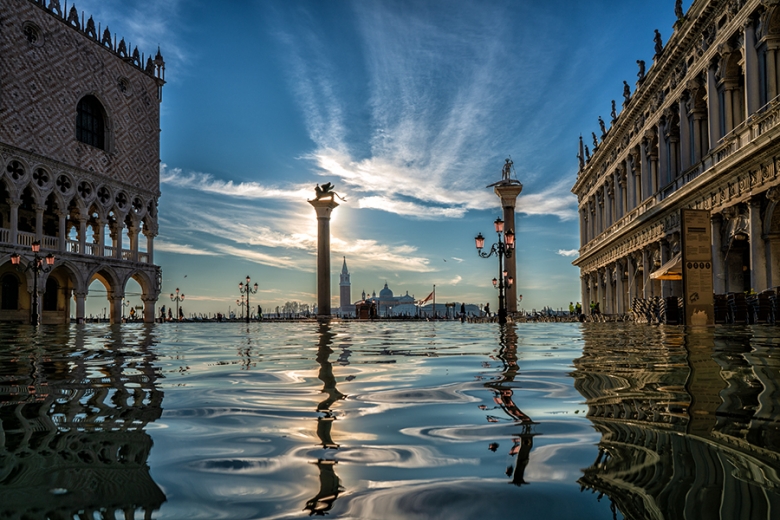 Europa Nostra announced last April a new collaboration with ICOMOS (the International Council on Monuments and Sites) on the topic of cultural heritage and climate change. The project aims at producing a European Heritage Green Paper, a policy and advocacy document to stimulate a wide mobilisation of the heritage community to contribute to the success of the European Green Deal (EGD) and to understand the role and potential of cultural heritage in achieving the ambitions of the EGD. The project, led by the expert and activist on climate change Andrew Potts, who is the Coordinator of the Climate Change and Heritage Working Group (CCHWG) and a leading member of the Climate Heritage Network, is developed in cooperation with the Europa Nostra Board and Secretariat, and with the invaluable support of the European Investment Bank Institute. The European Heritage Green Paper is planned to be issued in November. It will be widely disseminated to the EU Institutions and other stakeholders concerned with the European Green Deal.

In the past months, the Expert Advisor Group and the Steering Committee for the European Heritage Green Paper have been formed and convened to discuss the project. The Expert Advisor Group is composed of several experts in various topics, such as renewable energy, circular economy, building renovation, clean energy, just transition and smart mobility, to mention a few. The members of the groups are (in alphabetical order): Antonia Gravagnuolo, Keith Jones, Johanna Leissner, Ian Lumley, Valeria Marcolin and Jermina Stanojev. The Steering Committee of the European Heritage Green Paper is composed of experts from Europa Nostra and ICOMOS, namely (in alphabetical order) José Alonso, Graham Bell, Guy Clausse, Stefan Simon and Paolo Vitti. Their work and consultation have been essential to finalise the Outline of the European Heritage Green Paper. The Outline covers the main ideas that will be presented in the Green Paper document, highlighting key ways in which cultural heritage can contribute to Europe’s green transformation.

The European Green Deal and Cultural Heritage are interconnected and one is essential to each others’ success. In fact, the EGD aims at bringing the temperature goal at 1.5°C, which is a limit to global warming crucial to safeguard many heritage sites and avoid, for instance, their deterioration or the loss of biodiversity in natural sites. Studies have shown that half of Europe’s alpine glaciers could disappear by the end of the 21st century due to temperature rise, while soil deterioration in southern Europe under warmer and drier conditions will lead to desertification, affecting also archaeological and other heritage sites.

Europa Nostra is eager to continue this meaningful collaboration with ICOMOS, a Paris-based international non-governmental organisation active in over 100 countries and dedicated to the conservation of the world’s monuments and sites. Already in 2017 ICOMOS declared that climate change has become one of the most significant and fastest-growing threats to people and their heritage worldwide. In response to this threat, in 2019 the ICOMOS Climate Change and Heritage Working Group issued its report ‘The Future of Our Pasts: Engaging Cultural Heritage in Climate Action,’ which scopes the role of cultural heritage in achieving the ambitions of the Paris Agreement and catalogues the threats climate change poses to diverse types of heritage.

Europa Nostra and ICOMOS are connected by their respective heritage-related activities, and they are jointly committed to addressing the relationship between heritage and climate emergency.