On 16 December 2019, following the latest worrying developments regarding the invaluable antiquities that had been discovered at the Venizelos Metro Station in Thessaloniki, Greece, Europa Nostra made an appeal to the Central Archaeological Council (ΚΑΣ) as well as to the Greek Government expressing its concern about the recently suggested plan against their in situ preservation. This appeal was made public prior to the meeting of the Central Archeological Council held on 18 December.

In the appeal signed by its Executive President Prof. Dr. Hermann Parzinger, Europa Nostra highlights the “European significance of the aforementioned archaeological remains, which constitute a unique find of an urban ensemble of monumental scale and in a very good state of preservation. It is the only one preserved in the whole area once occupied by the Eastern Roman Empire and dating to the relatively unknown Late Roman and Early Byzantine period (4th-9th century AD).” In the appeal, Europa Nostra also stresses the need to fully safeguard the physical condition of the antiquities as well as the authenticity of the monumental ensemble. 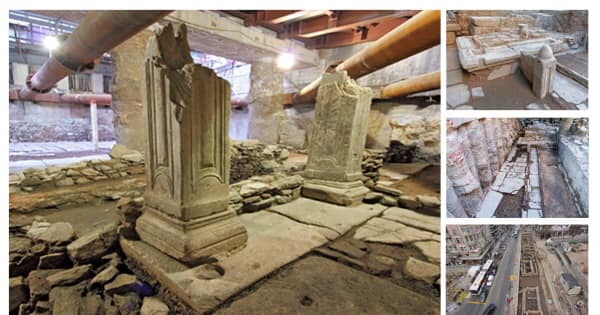 Elliniki Etairia (Hellenic Society for the protection of the Environment and Cultural Heritage), country representation of Europa Nostra in Greece, already on 7 October, published a press release urging the Greek government and the Greek Ministry of Culture to support the initial plan in favour of the Venizelos Metro Station antiquities preservation in their original archaeological context. Elliniki Etairia, that has been campaigning on this matter since 2013, has visited the archaeological site and considers its value irreplaceable. At the same time, there has been a great wave of reactions from a large number of archaeologists, academics and civil society in Greece – and abroad – who have joined their voices urging the Central Archaeological Council to vote in favour of the antiquities “in situ” preservation by organising protests and signing an online petition initiated by Elliniki Etairia (as many as 16.000 persons have already signed this petition – sign the petition). 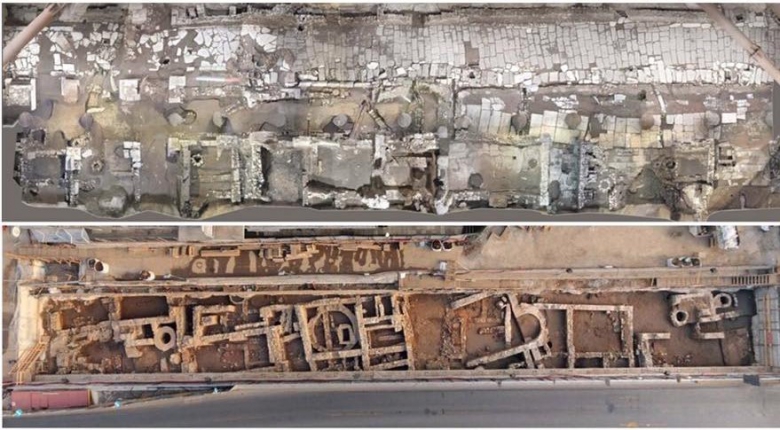 Europa Nostra, representing on the European level civil society organisations that are committed to the safeguard of Europe’s cultural and natural heritage, advocates the co-existence between antiquities and contemporary cities as an appropriate solution which is in accordance with contemporary conservation and development trends throughout Europe.

Likewise, Europa Nostra reminds the Greek government that “the implementation of the already agreed conservation “in situ” of the archaeological remains at the Venizelos Metro Station in Thessaloniki, would be consistent with the European Convention for the Protection of the Archaeological Heritage signed in Valetta (1992). This Convention was ratified by Greece in 2005 and mandates signatories “to make provision, when elements of the archaeological heritage have been found during development work, for their conservation in situ when feasible” (Article 5, IV).