Read the statement in Greek. 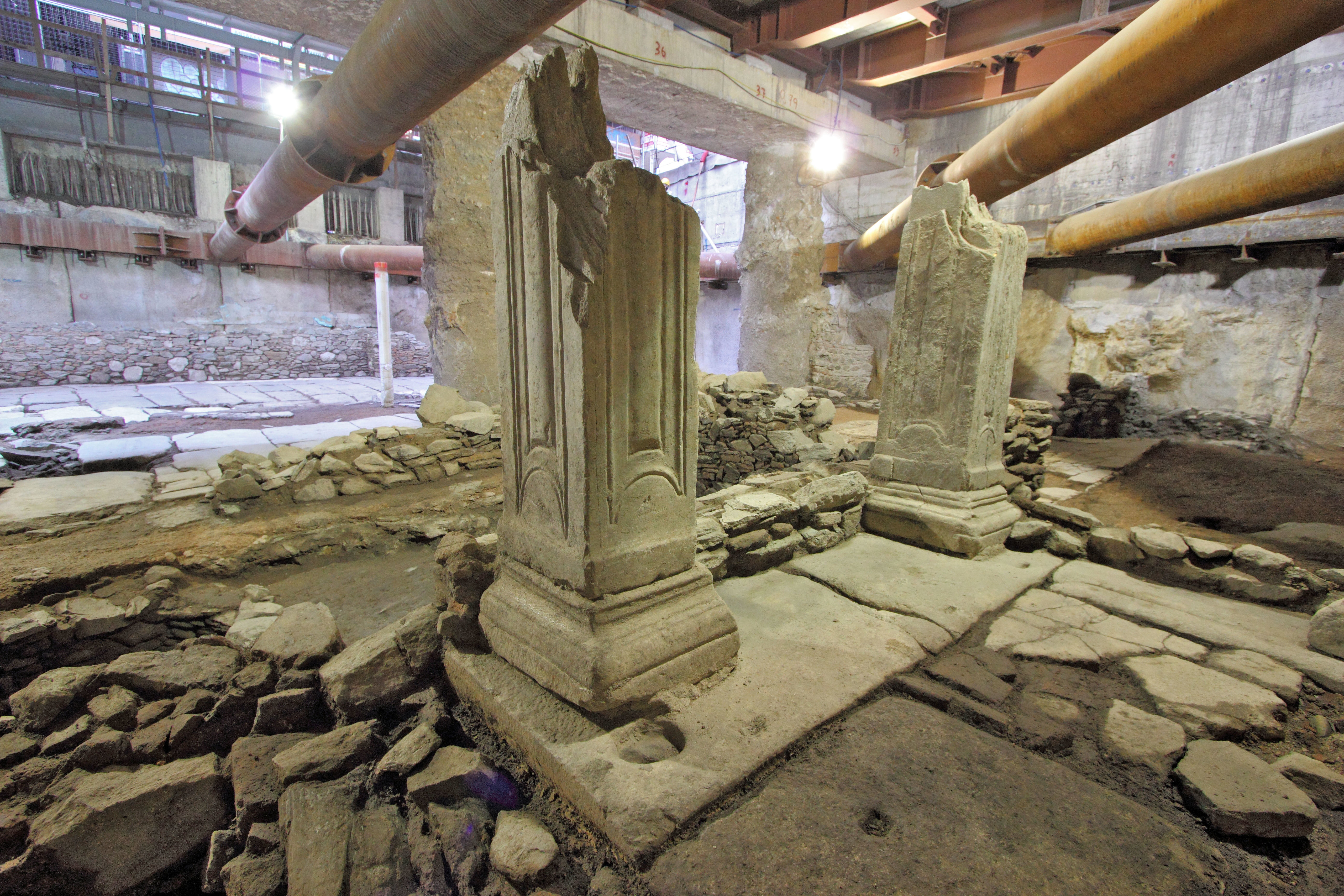 The Hague/Brussels, 18 November 2020 – Europa Nostra, the European Voice of civil society committed to cultural heritage, urges all partners concerned, both at national and European level, to join forces so as to ensure the preservation in situ of the outstanding antiquities discovered at the Venizelos Metro Station in Thessaloniki. This is the only solution which would guarantee the preservation of the authenticity of this heritage site of exceptional importance for the understanding of our European shared heritage and history.

In the period from the 4th to the 9th century CE to which the visible archaeological structures belong, Thessaloniki was one of the most important cities of the Eastern Roman/Byzantine Empire, as witnessed by the architectural and artistic beauty of the churches and mosaics already included on UNESCO’s World Heritage List. These antiquities would indeed represent a worthy extension of the existing World Heritage site, providing us – as they do – with evidence of a most impressive urban setting for political and cultural developments in Thessaloniki that proved of great significance for European history.

The Board of Europa Nostra reached unanimous agreement on this matter at its online meeting on 16 November 2020. The above view has already been expressed by Europa Nostra in reasoned letters which its Executive President, Prof. Dr. Hermann Parzinger, conveyed to the President of the Hellenic Republic (dated 17 July 2020) and more recently to the President of the Hellenic Council of State (dated 5 November 2020). This same view is shared by a large number of byzantinologists, conservators and archaeologists from all over the world.

“As already communicated to the President of the Hellenic Republic, and to the President of the Hellenic Council of State, the Europa Nostra Board wishes to emphasize the highest significance for Europe as a whole and not just for Greece, of the outstanding antiquities discovered at the Venizelos Metro Station in Thessaloniki. Thessaloniki from the 4th to the 9th century CE was among those cities where Hellenic, Roman and Judaeo Christian cultural elements met and interacted so as to forge a truly European cultural synthesis contributing to the gradual development of a European cultural identity”, said Prof. Dr Hermann Parzinger, Executive President of Europa Nostra, himself a distinguished archaeologist.

“While these antiquities represent the only authentic remains in the city of its main artery, the famous ancient Via Egnatia, the layering beyond the visible remains provides a unique record of the fascinating history of the city. We must stress that below the 4th century CE remains lie the earlier archaeological testimonies which go back to the foundation of the city by Cassander in 4th century BCE. Therefore, these antiquities constitute a depository of invaluable knowledge, which will be irreparably lost if any dismantling work is allowed”, added Prof. Parzinger.

The process of removal and replacement, as currently proposed, will expose these antiquities to the near certainty of significant loss of authenticity and serious damage, particularly given the little detailed information in the current proposal for their replacement. Moreover, many unforeseen aspects related to the removal procedure still remain unclear, since the lower layering is undetected and unpredictable.

Therefore, preserving the authenticity of these antiquities through their preservation in situ is also a condition sine qua non for their possible future successful inclusion on UNESCO’s World Heritage List. It is known that the UNESCO World Heritage Convention specifically excludes the listing as World Heritage of antiquities that have been removed and later relocated.

While some might invoke as precedents UNESCO’s inclusion on its World Heritage List of the historic centre of Warsaw in Poland or Abu Simbel in Egypt, this should not be regarded as an exception to that rule, but an acknowledgment of devotion to historical memories in the face of overpowering events, such as the Nazi destruction of Old Warsaw or the construction of the Aswan Dam.

“The historic centre of Thessaloniki has, unfortunately, too often paid the high price of losing important parts of its history due to tragic events and modern development. Each loss has deprived future generations of important tangible elements concerning their own past. Today there can be no justification for repeating this same error”, stressed Prof. Dr Paolo Vitti (Italy), Board member of Europa Nostra and expert in the history of ancient architecture. “These antiquities form part of a puzzle where different elements are scattered in a vast territory between East and West. Preserving the antiquities in situ will certainly contribute to future research and will enlarge people’s appreciation and understanding of the historic layering of the city“, added Prof. Vitti.

The present statement by the Board of Europa Nostra represents a renewed call by European civil society for Greek authorities and EU Institutions concerned to effectively uphold relevant International and European conventions, recommendations and best practices with regard to archaeological heritage, by ensuring the preservation in situ of the above-mentioned outstanding antiquities in Thessaloniki. By doing so, Greece and the European Union – which has provided grant and loan funding for the metro construction works in Thessaloniki – will confirm their ongoing strong commitment to our shared cultural heritage as a key resource for a more sustainable and more inclusive future of Our Europe.

Read the official statement in English here and the translation in Greek here.