Statement: Europa Nostra calls for the preservation of the cultural heritage integrity of Hagia Sophia 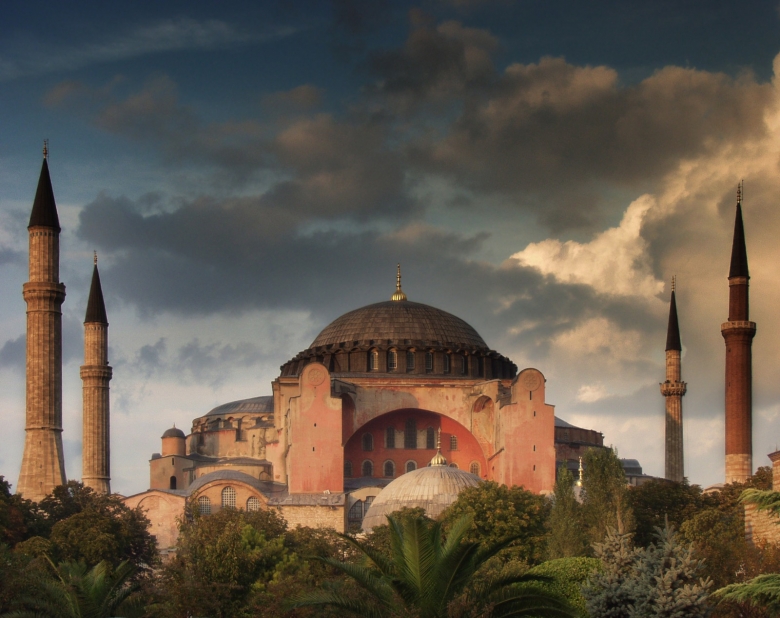 The Hague/Brussels, 17 July 2020 – EUROPA NOSTRA, the European voice of civil society committed to cultural heritage, deplores the decision to change the museum status and related jurisdiction of one of the greatest and most iconic monuments in Europe and the World, Hagia Sophia in Istanbul. This has raised fundamental concerns about the future of this exceptional World Heritage Site.

Hagia Sophia, the third Christian basilica on this site, was built in 537, was converted into a mosque in 1453 and became a museum in 1934, following a decision taken by Mustafa Kemal Atatürk, the founder of the Turkish Republic. Subsequently, the multi-faceted values of its multi-layered history were revealed, and the building has been open for the public to admire the unique beauty of its architecture and art.

EUROPA NOSTRA recalls that in 1985 the elected Turkish Government took a further sovereign decision, namely to apply for the inclusion of Hagia Sophia, together with other distinguished monuments and sites of the “Historic Areas of Istanbul”, on the UNESCO World Heritage List. Its inclusion on the UNESCO List was a sign of international approval of the positive record of successive Turkish governments regarding the holistic preservation of Hagia Sophia, in respect of the integrity of the many layers of its fifteen century long history. As a consequence, Turkey as a State Party to the World Heritage Convention has accepted the obligation to give prior notice to UNESCO of any circumstances that may have an impact on the Outstanding Universal Value of this and other monuments in the “Historic Areas of Istanbul”, which, if necessary, are then examined by the World Heritage Committee.

As indicated in the UNESCO statement of 10 July 2020, it is deplorable that the modification of the museum status of Hagia Sophia, was decided by the authorities of the Republic of Turkey on 10 July 2020, without the requisite prior consultation with UNESCO. In the same statement, the Turkish authorities have been urged “to avoid any implementing measure, without prior discussion with UNESCO, that would affect physical access to the site, the structure of the buildings, the site’s moveable property, or the site’s management.”

In the light of the above, EUROPA NOSTRA fears that the transfer of jurisdiction of Hagia Sophia from direct responsibility of the Ministry of Culture and Tourism to the Presidency’s Department of Religious Affairs, now accompanied by a protocol signed on 16 July 2020 with the Ministry of Culture and Tourism delegating to the Ministry the task of maintenance and conservation work related to Hagia Sophia, impairs the cultural integrity of this unique monument. It is however impossible, at this early stage, to judge the full consequences, and therefore EUROPA NOSTRA will keep a watching brief on developments and will revert, as necessary, at a later stage.

Two things appear evident, however. First, that some monuments transferred in the past from the Turkish Ministry of Culture and Tourism to other authorities have indeed suffered damage to their cultural integrity. Second, that the Presidency’s Department of Religious Affairs is likely to focus primarily on the significance of Hagia Sophia as a Muslim place of worship rather than on conservation, research and management of a World Heritage Site. The latter entail the preservation and presentation to the public of a multi-layered history and the cultural integrity of the monument, including, among others, the outstanding mosaics from the Byzantine era, the unique marble revetments, and the original pavement of proconnesian marble.

In this respect, EUROPA NOSTRA wishes to refer to an Open Letter on the status of Hagia Sophia, dated 30 June 2020, which was signed by more than 300 scholars of Byzantine and Ottoman art and culture from around the world. These scholars maintain that in the last few years, the Directorate General of Foundations has concealed frescos of human figures in another former monument converted to a mosque, under its jurisdiction, namely Hagia Sophia in Trabzon on the Black Sea. It has also caused structural damage to another such monument converted to a mosque, namely Hagia Sophia in Vize (Thrace).

Today, at a time when humanity as a whole is facing such huge challenges, our shared cultural heritage must serve as a source of inspiration and solidarity through intercultural and interfaith dialogue. Hagia Sophia ought to continue to serve this vital cause, as a museum, for the benefit of all citizens in Turkey, in Europe and in the rest of the world, and “as a symbol of interfaith brotherhood and world peace” to quote the forceful statement published on 10 July 2020 by our colleagues from ICOMOS Turkey, also echoed in the joint statement by ICOM and ICOMOS published on 15 July 2020.

EUROPA NOSTRA therefore expresses its profound regret and disapproval of the latest developments. We call on the authorities of Turkey, a Member State of the Council of Europe, and a State Party to the World Heritage Convention, to uphold the principle of cultural integrity of all monuments and heritage sites, including Hagia Sophia that is inscribed on the UNESCO List, as an essential expression both of due respect for universal human rights and of the need for promoting harmonious and peaceful cohabitation and dialogue between different religious and cultural traditions.

Europa Nostra is the European voice of civil society committed to safeguarding and promoting cultural and natural heritage. A pan-European federation of heritage NGOs, supported by a wide network of public bodies, private companies and individuals, it covers more than 40 countries. Founded in 1963, it is today recognised as the largest and the most representative heritage network in Europe.