Europa Nostra is guest of honour of the Ommegang 2013

For its 50th anniversary, Europa Nostra was guest of honour of the famous Ommegang which took place in Brussels on 2 July. Every year (on the first Tuesday of July and the following Thursday), the Ommegang passes through the streets of Brussels to Grand-Place to commemorate both the procession of yore and the arrival into Brussels of Charles V and his son Philippe on 5 June 1549 with a large following of nobles and the powerful. 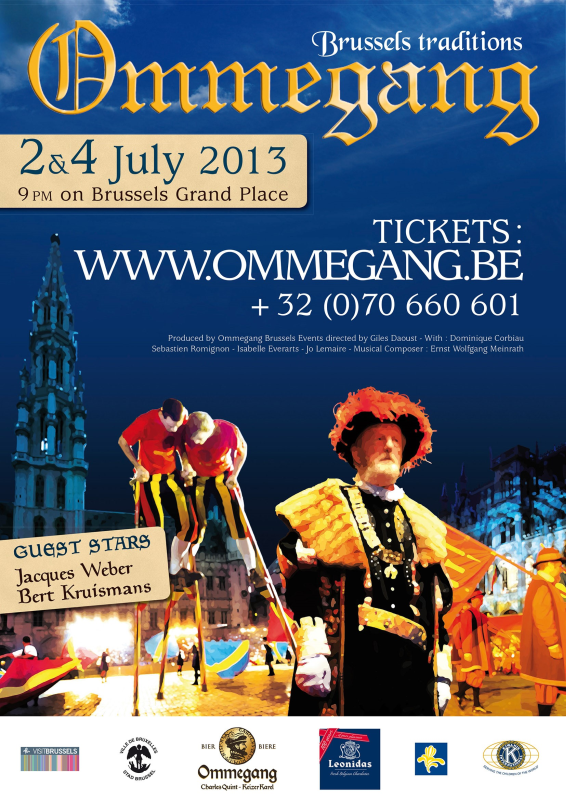 In the Ommegang, the streets of Brussels were filled with a parade of people in medieval costumes representing the various groups of the population, dignitaries and guilds of the time. 1400 performers in magnificent garb took part in the reconstruction of the Ommegang: on foot, on horseback, with flags, driving carts and holding other typical objects.

Members and partners of Europa Nostra, hosted by the Marquis de Trazegnies, Council member of Europa Nostra and President of the Société Royale de l’Ommegang, admired this exceptional performance from the balcony of the City Hall and from the VIP tribune on the Grand Place.

In her interview to Paris-Match Belgique’s special edition devoted to the event, Sneška Quaedvlieg-Mihailović, Secretary General of Europa Nostra, said that this is a unique opportunity to present and promote Europa Nostra’s mission and activities to a very large public as well as the common values which our organisation shares with the Ommegan. “The Ommegang is a way to preserve the historic memory not only of Brussels but of the whole Europe”, she stressed.