Europa Nostra has been selected by the European Commission to be the organising partner of the annual European Heritage Awards for a new period of three years, from 2019 to 2021. The selection was made following an open call for proposals launched in June 2018 on the basis of the Creative Europe programme of the European Union. The aim of this call for proposals was to ensure the continuation of the EU Prize for Cultural Heritage under the new name European Heritage Awards and to be coherent with the objectives of the European Year of Cultural Heritage 2018. 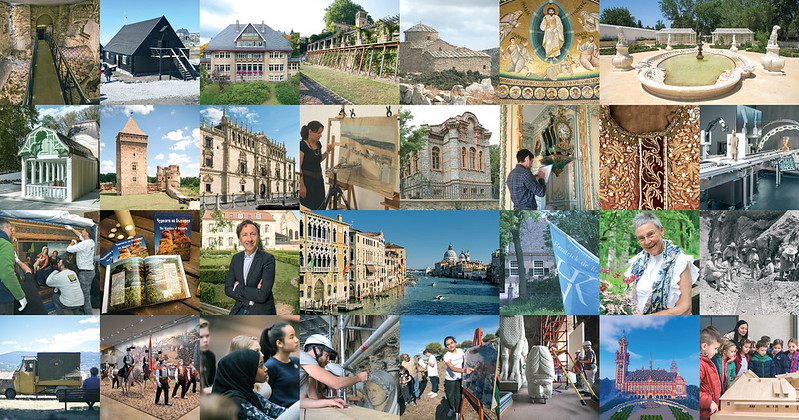 The partnership between Europa Nostra and the European Commission for the running of the Awards scheme was initiated in 2002, and renewed in 2007, with the support of the previous EU Culture programme, and in 2014, with the support of the EU Creative Europe programme. Europa Nostra has been responsible for running the Awards scheme on the basis of its long experience in publicly recognising individual or joint excellence in the field of cultural heritage at a European level.

Europa Nostra is very proud to continue its fruitful partnership with the European Commission. Much has been achieved over the past 16 years. The Awards have promoted best practices in the conservation of tangible and intangible cultural heritage, stimulated the trans-frontier exchanges of knowledge and experience throughout Europe, enhanced public awareness and appreciation of Europe’s cultural heritage, and encouraged further excellent initiatives through the power of example. Since 2002, independent expert juries have selected 485 award-winning projects from 34 countries. A total of 109 Grand Prix of €10,000 have been presented to outstanding heritage initiatives, selected from among the award-winning projects.

Applications for the 2019 European Heritage Awards / Europa Nostra Awards can be submitted by 15 November 2018.