Home News Europa Nostra steps up its presence in Brussels

Europa Nostra steps up its presence in Brussels

An important new phase in the relationship between Europa Nostra and the European Union institutions has begun: Europa Nostra opened its office in Brussels on 1 March 2010, adding weight to our lobbying activities and enabling ‘the Voice of Cultural Heritage in Europe’ to be better heard at the heart of European institutions. 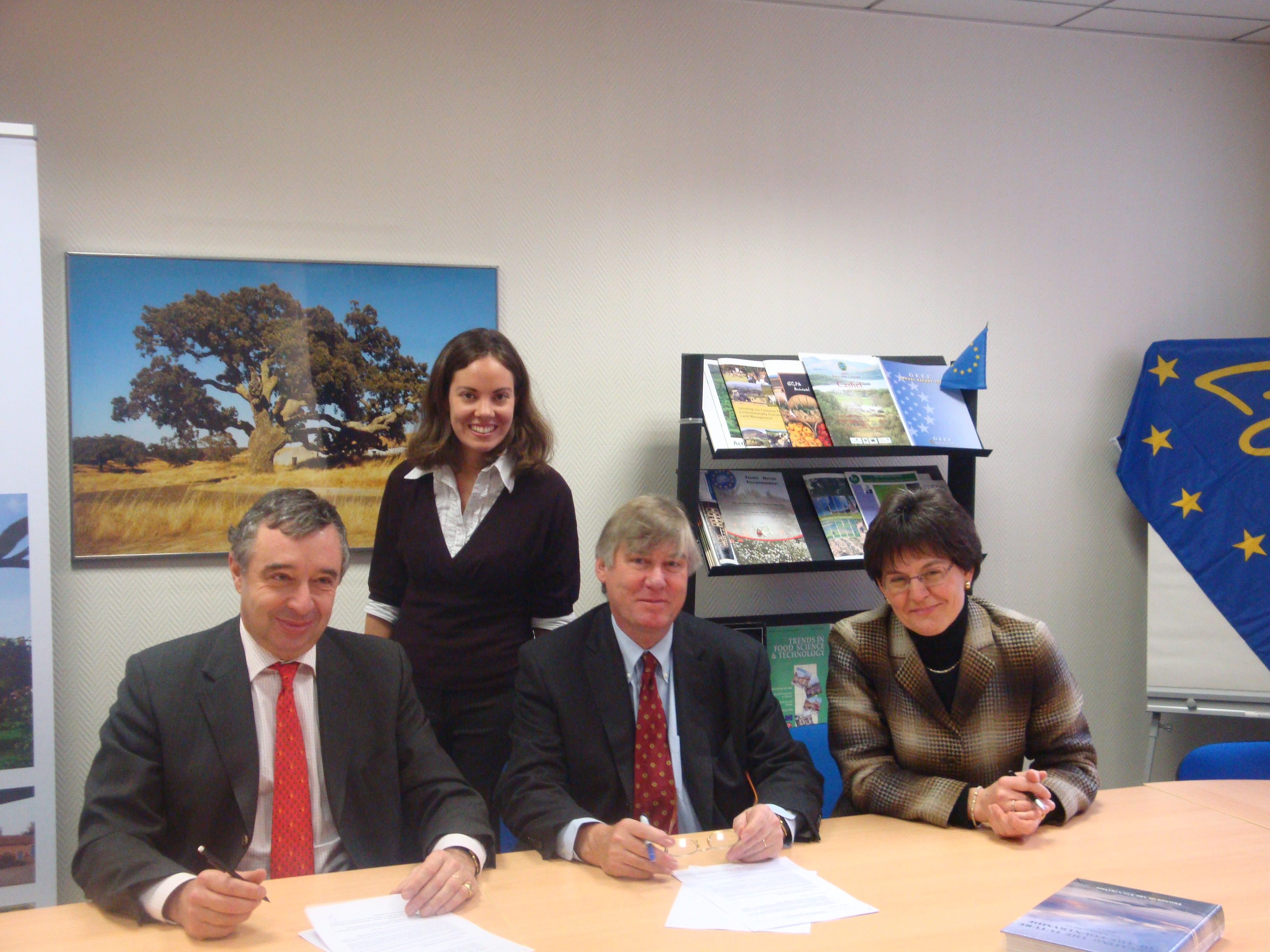 Louise van Rijckevorsel from the EN International Secretariat moved from The Hague to Brussels where she will be in charge of the European Affairs and of the EN Brussels Office located at Rue de Treves 67 (corner with Rue de la Loi) in the very heart of the European quarter. Since the opening of our office Europa Nostra has already organised a number of meetings with key contacts at EU Institutions.

EN Board member Michael Krautzberger, Secretary General Sneška Quaedvlieg-Mihailović and Louise van Rijckevorsel met on 2 March with Doris Pack, MEP (EPP, Germany) who is currently the Chair of the Culture and Education Committee of the European Parliament. Mrs Pack expressed keen interest in a regular communication with Europa Nostra and heritage stakeholders, confirmed her participation in the European Heritage Awards Ceremony and the Europa Nostra Forum on 10-11 June in Istanbul, and welcomed Europa Nostra’s views on the Commission proposal on the European Heritage Label.

The same day the group also met with Dr Gerhard Stahl, Secretary General of the Committee of the Regions, who encouraged the development of stronger links between the Committee of the Regions (CoR)and Europa Nostra. As a follow-up, EN Board member Piet Jaspaert will represent Europa Nostra and the views of Europe’s civil society committed to heritage at the hearing on the European Heritage Label to be held at the CoR on 25 March in Brussels.

On 17 March the same group also had the opportunity of meeting Mr Hans-Peter Pöttering, MEP (EPP, Germany) (see photo) who was the President of the European Parliament in 2007-2009 and one of the motors behind A Soul for Europe. Mr Pöttering who has also recently been elected Chairman of the influential Konrad Adenauer Stiftung, expressed keen interest in cooperating with Europa Nostra in the future.

On 23 March, Executive Vice-President John Sell, Secretary General Sneška Quaedvlieg-Mihailović and Louise van Rijckevorsel attended at the Palais des Beaux-Arts the conference celebrating the 25th anniversary of European Capitals of Culture. In this celebratory year, Europa Nostra is particularly happy to hold its Annual Congress in Istanbul, European Capital of Culture in 2010, and to be one of the partners of the Heritage at Risk in South-East Europe Conference taking place at the end of June in Pécs, in Hungary, another European Capital of Culture for 2010. The same day, the same group had a fruitful exchange of views with Wenceslas de Lobkowicz of the European Commission (DG Enlargement) on the possible ways of Europa Nostra’s involvement in the further development of the so-called “Ljubljana Process” related to the rehabilitation of the cultural heritage in South-East Europe, a joint initiative by the Council of Europe and the European Commission. On this occasion we agreed that communities and civil society organisations should be more closely associated with this process and that the political, economic and social benefits of cultural heritage for the entire region should be fully exploited.

Europa Nostra will be happy to host in its newly opened Brussels office a consultation meeting with its country representations on 24 March. The aim of this meeting is to develop synergies between the country representations, the main governing bodies and the International Secretariat for the benefit of our membership and Europe’s cultural heritage.

Europa Nostra has also taken the initiative to convene a liaison meeting on 15 April at its Brussels office with representatives of European/International networks or organisations active in the wider field of heritage. The aim of the meeting is to get to know each other better, to learn more about each other’s agendas and concerns and to explore ways in which we can together strengthen the Voice of Cultural Heritage in Europe.