Prior to the Video-conference of EU Ministers in charge of culture, held on 19 May 2020, Europa Nostra has conveyed to Nina Obuljen Koržinek, Croatian Minister of Culture and Acting Chair of the EU Council of Ministers, a letter expressing its strong condemnation of the brutal demolition of the National Theater of Albania in Tirana which took place on 17 May 2020. 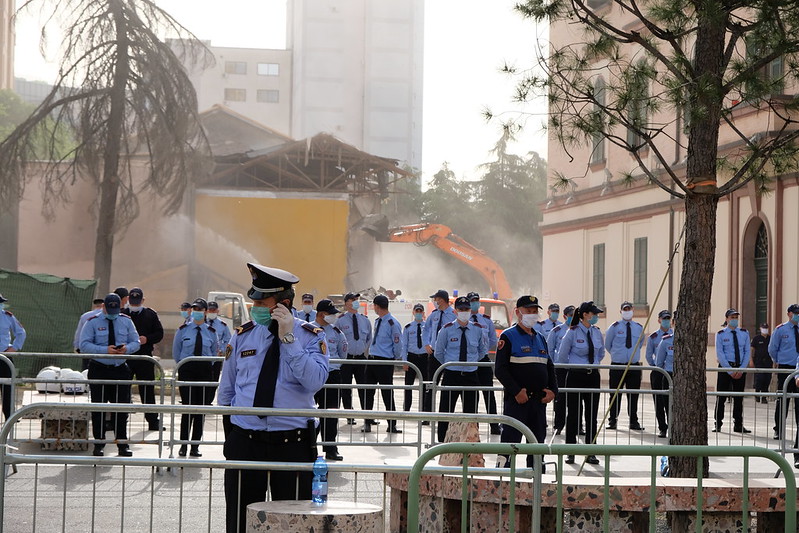 For several years, a large civic alliance composed of artists, intellectuals, heritage experts and civil society activists – The Alliance for the Protection of the Theatre – have been campaigning for the preservation (with necessary renovation) of the National Theater in Tirana.

The National Theatre, constructed in 1938 by the Italian company “Pater Costruzioni Edili Speciali”, was a remarkable example of innovative construction and modern architectural expression from this time period. The architectural significance of the building has been recognized by many international experts not only for the building itself, but also for being part of the context of the monumental axis created for Tirana, in the 1920s. In the past years, it became an important cultural centre and now, a symbol of civil society’s will to defend their heritage and the intangible values connected to it.

Europa Nostra has expressed its support to these endeavours as early as in 2018, during the European Year of Cultural Heritage and has conveyed its concerns about the planned demolition of this Theater to the highest authorities of Albania. 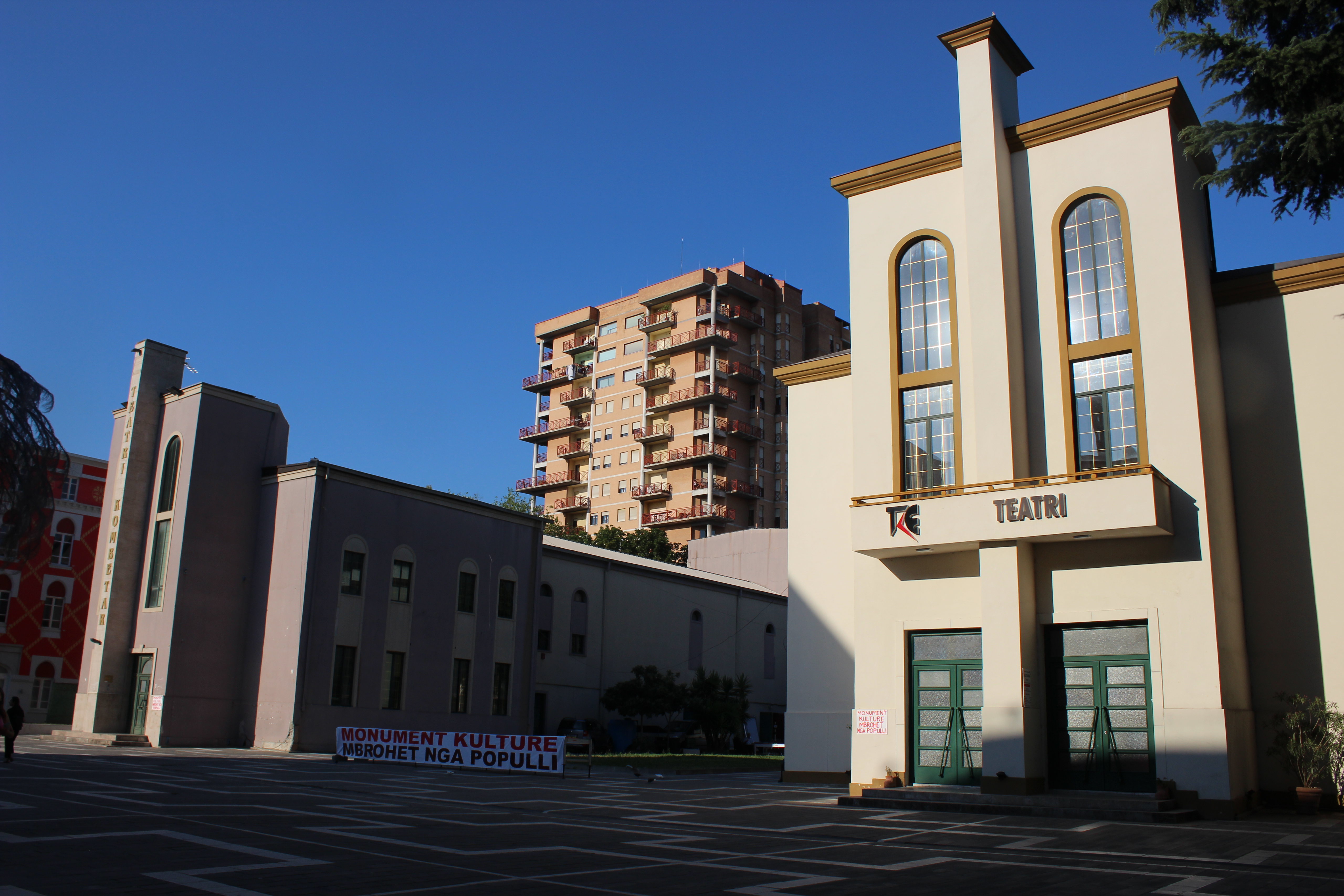 More recently, the National Theater in Tirana has been included on the 2020 List of 7 Most Endangered Heritage Sites in Europe, following its nomination by the Gjirokastra Foundation. This was made public on 24 March 2020 jointly by Europa Nostra and the European Investment Bank Institute. The European Commission – through EU Commissioner for Innovation, Research, Culture, Education and Youth Mariya Gabriel, has also expressed its support to the safeguard of all sites included on our List, including the National Theater in Tirana.

Following last week’s dangerous escalation of the situation caused by the transfer of the responsibility for the Theater to the Municipality of Tirana and a decision to demolish the Theater – taken behind closed doors – by the Municipal Council of Tirana, Europa Nostra made a public statement opposing any attempts to demolish, without engaging in a proper dialogue and consultation with all stakeholders concerned, an emblematic building located in the protected historic ensemble in the centre of Tirana, and supported by experts and civil society activists.

We stand for Europe’s #culturalheritage. This is why we oppose the proposed illegal demolition of #NationalTheater in #Tirana, one of Europe’s #7MostEndangered sites.
The Theater is protected by national law & is strongly defended by civil society & experts
#EUValue #RuleofLaw pic.twitter.com/Tm7FW2ox19

The next day, EU Commissioner for Innovation, Research, Culture, Education and Youth Mariya Gabriel urged the Albanian authorities to engage in a constructive dialogue with civil society and experts of cultural heritage before taking any irreversible decisions.

Dialogue with civil society and experts of #cultural heritage is necessary before taking an irreversible decision on #NationalTheatre #Tirana.
We strongly encourage all relevant national institutions to engage now in a constructive dialogue with heritage stakeholders. pic.twitter.com/DurTplnXdg

Moreover, the President of the Republic, Mr Ilir Meta, had submitted a request to the Constitutional Court of Albania to examine the legality of the decision by the Municipal Council to demolish the Theater.

Instead of taking the time to examine the legality of their decision, and opening the dialogue with civil society and experts, the Albanian authorities decided to make use of the last day of the special health emergency measures taken in response to the COVID19 pandemic, to demolish the theater. In the very early morning hours of Sunday, 17 May, a large number of policemen surrounded the Theater and arrested about 30 artists and civil society activists who have been guarding the theater day-in, day-out for the last two years. The Theatre has been brutally demolished: not only did they erase and transform into rubble an important record of the early history of Tirana as the capital city of Albania, but also all the objects and archives which formed part of the memory of this important cultural institution.

After the demolition, the European Union Delegation in Albania expressed their regret via social media platforms.

The demolition of the National Theatre came at a time when we called for dialogue between authorities and civil society before an irreversible decision is taken. We regret that this call has not been followed up by the relevant national and local institutions. 1/2

Europa Nostra urges the EU Ministers of culture to reiterate that the protection of cultural heritage and of our cultural and historical memory represents one of the fundamental EU values and express their solidarity with all citizens in Albania who are dedicated to the safeguard of the cultural identity of their country, which forms part of Europe’s shared and diverse history and culture.

Europa Nostra also urges the EU Ministers of Culture to insist on the importance of culture and cultural heritage within the on-going process of the enlargement of the European Union.

Ora News TV channel (Albania’s national broadcaster)
Television interview with Pr. Paolo Vitti, Europa Nostra Board Member and Member of the 7 Most Endangered Advisory Panel, on the brutal demolition of the National Theater of Albania in Tirana on 17 May (19/05/2020)

Euronews Albania (European broadcaster)
Television interview with Sneška Quaedvlieg-Mihailović, Secretary General of Europa Nostra, on the brutal demolition of the National Theater of Albania in Tirana on 17 May (20/05/2020)