Following the European Cultural Heritage Summit 2021 in Venice, a delegation of Europa Nostra visited the historical Ca’ Zenobio Palace, located in the heart of this World Heritage City, on 25 September. The Palace was put on the shortlist of the 2021 edition of the 7 Most Endangered Programme, run by Europa Nostra in partnership with the European Investment Bank Institute. 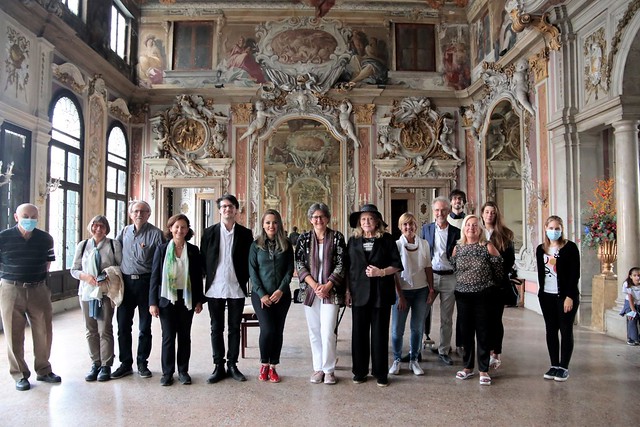 The Palace, a fine example of late Baroque architecture, was built at the end of the 17th century on a plan by the architect Antonio Gasparri for the Zenobio family. The building was home to the prestigious Armenian Moorat-Raphael College – run by the Mekhitarists, an Armenian monastic order of the Catholic Church – from 1851 to 1997. The College allowed hundreds of young Armenians from the Middle East to learn about their history and culture in an Italian and European context, constituting an excellent example of the positive integration of immigrant communities in the historic centre of Venice. Unfortunately, after serving for many years as a prominent cultural centre promoting mutual exchange between European and Middle-Eastern cultures, the college closed. Since then, the building has been vacant and exposed to serious deterioration and is at risk of losing its precious characteristics and heritage significance. 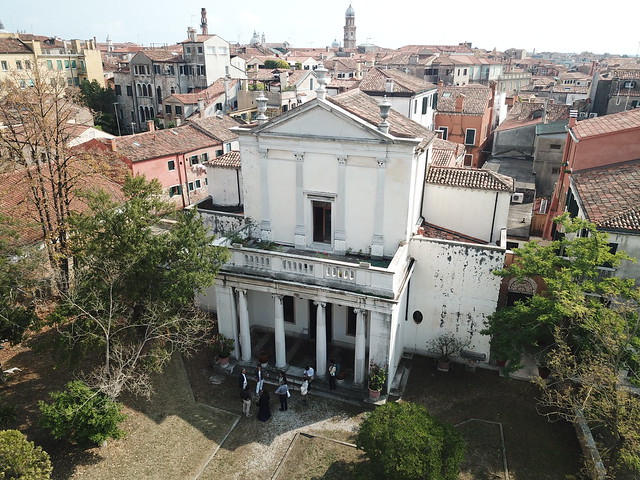 The delegation of Europa Nostra was composed of its Executive Vice-President Guy Clausse, Secretary General Sneška Quaedvlieg-Mihailovic, Board Member Prof. Paolo Vitti, Council Members Arch. Patrizia Valle and Arch. Rossana Bettinelli, and the European Project Officer in charge of the 7 Most Endangered Programme, Sara Zanini. The visit of the Ca’ Zenobio Palace was organised with the great help of our Council Member, Arch. Gaiané Casnati, from the Centre for Studies and Documentation of Armenian Culture in Italy (CSDCA), who made the nomination of the Palace for the 7 Most Endangered Programme 2021.

The delegation of Europa Nostra was welcomed by a representative of the Mekhitarist Congregation, Father Serop, and was given a guided tour of the Palace by Marco Ruffili, Art Historian specialised in Armenian Art. The Ca’ Zenobio Palace comprises the main building hosting a magnificent ballroom and decorated interiors, with frescoes and stuccos by renowned artists, a courtyard with a Neoclassical loggia and an outstanding Romantic private garden, the dimensions of which are remarkable when compared with similar Venetian structures. 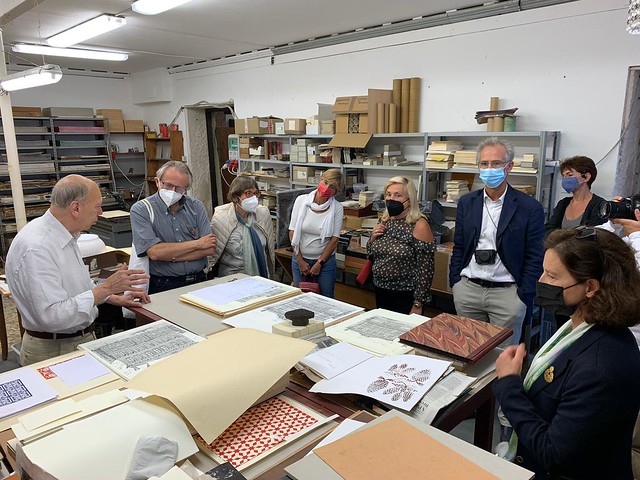 Finally, the guests had the opportunity to visit the historical printing laboratory of Ca’ Zenobio, where the local printer explained to the guests the history of the laboratory and presented its precious archive of prints and the ancient techniques practised there, which nowadays are at risk to be lost and need to be passed to future generations. 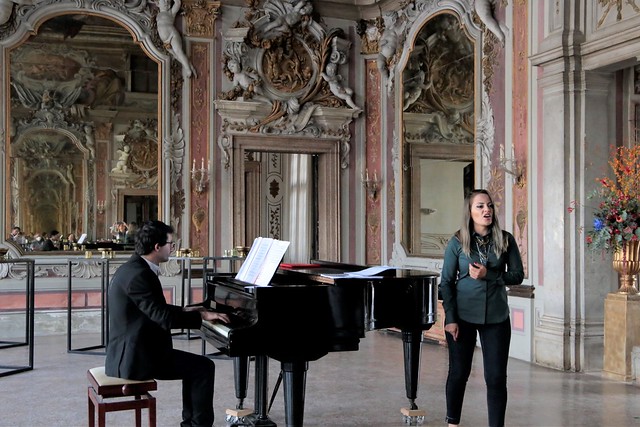 At the end of the visit, the participants immersed themselves in a magical atmosphere, where two talented young artists – pianist Marcello de Vita and opera singer Yanelina Arakelian – performed in the magnificently decorated ballroom of the Ca’ Zenobio Palace. Among classical songs, they also paid tribute to two Armenian artists, playing a song by Khachaturyan and singing a lyric by Sayat Nova in a very special and breathtaking setting.

Although Ca’ Zenobio Palace was not included on the final list of 7 Most Endangered heritage sites in Europe for 2021, Europa Nostra will continue seeking solutions for its rehabilitation and for the revitalisation of its public function and activities, in cooperation with local authorities and European stakeholders.