Europa Nostra’s President Maestro Plácido Domingo had an enthusiastic encounter with a delegation of the Estonian Heritage Society on 19 February in Tallinn, after giving a memorable concert for 5,000 people in the Estonian capital. Plácido Domingo was greatly interested in how Europa Nostra operates in the country and the upcoming activities of the Society, which represents Europa Nostra in Estonia. “Our President has inspired us all to continue doing our best in promoting and safeguarding cultural heritage,” stated Helle Solnask, Vice-Chair of the Estonian Heritage Society. The Society was also represented by its Board Members Ants Kraut, Peep Pillak and Tarmo Elvisto. 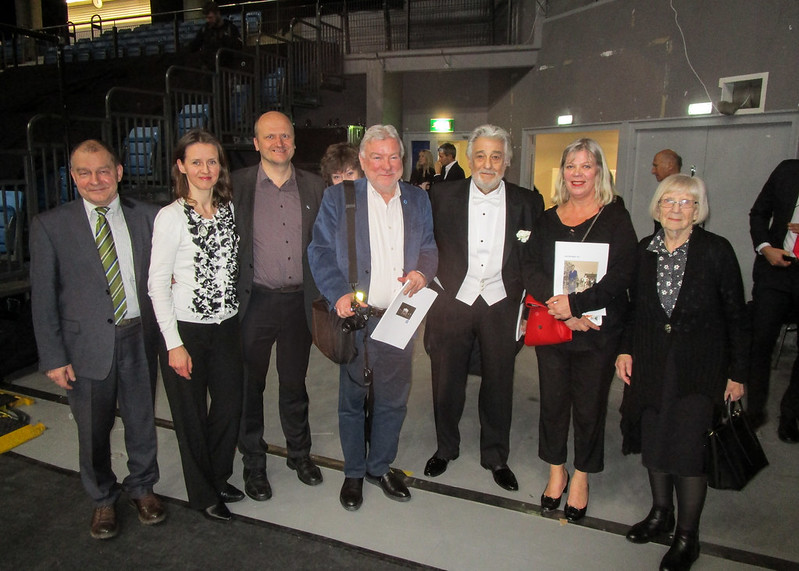 As President of Europa Nostra, Plácido Domingo has presented the EU Prize for Cultural Heritage / Europa Nostra Awards to the most outstanding heritage achievements from all over Europe since 2010. In 2013, he handed over a Grand Prix in the category Conservation to the Estonian architect Andrus Kõresaar for the skillful restoration of the Tallinn Seaplane Harbour, built as a pioneering shell structure from reinforced concrete in 1912. The world-renowned opera singer has also repeatedly expressed his deep concern about threatened heritage in Europe, including the Patarei Sea Fort in Tallinn, which has been listed among the 7 Most Endangered heritage sites in Europe since 2016.

In 2017, when the Estonian Heritage Society celebrated its 30th anniversary, Plácido Domingo sent a special message of congratulations to its members. He encouraged our Society, as the largest and oldest civil society heritage organisation in Estonia, to continue defending cultural heritage: “Cultural heritage is not just about restoring buildings or preserving customs and traditions, it is about real passion, hard work and the dedication of thousands of professionals and volunteers”. 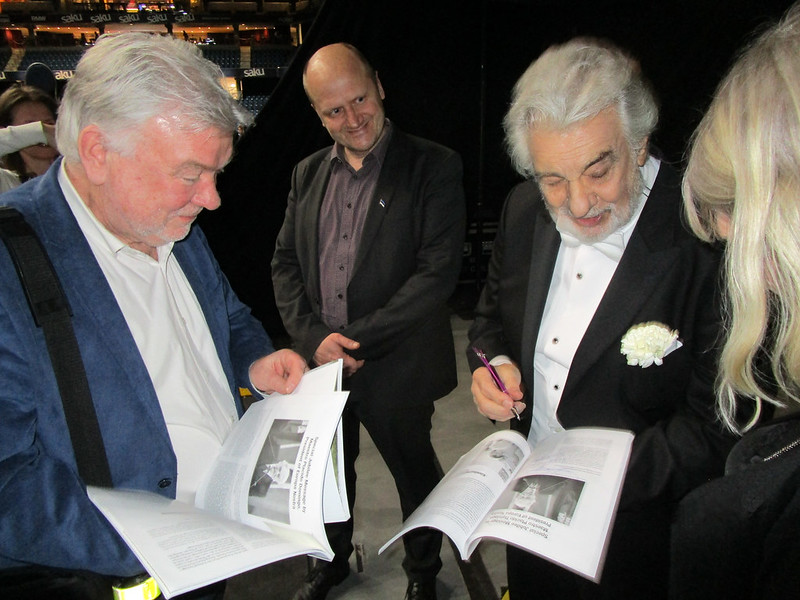 Estonia has been looking forward to Maestro Domingo’s concert in Tallinn since the summer of 2018. People rushed from neighbouring countries, Finland, Latvia and further afield to enjoy the performance. Maestro Domingo, who was accompanied by the Estonian National Orchestra, performed Puccini, Massenet, Verdi, Lehar, Kalman, Bernstein, Luna, Chapi, Sorozabal, Vives, Moreno-Torroba and Velazquez. The audience also had the pleasure of listening to three outstanding sopranos: Ana Maria Martinez, Michaela Oeste and a young Estonian artist Elena Nechayeva. Maestro Domingo and Elena Nechayeva inspired great admiration among the audience when they sang a stunning duet from Franz Lehar’s operetta ‘Die Lustige Witwe’ in Estonian.