Europa Nostra, the leading European heritage organisation, and the European Investment Bank Institute made public today an action plan to save and restore wooden churches in southern Transylvania and northern Oltenia in Romania, listed among ‘The 7 Most Endangered’ heritage sites in Europe in 2014, following a nomination by the national heritage NGO Pro Patrimonio Foundation. 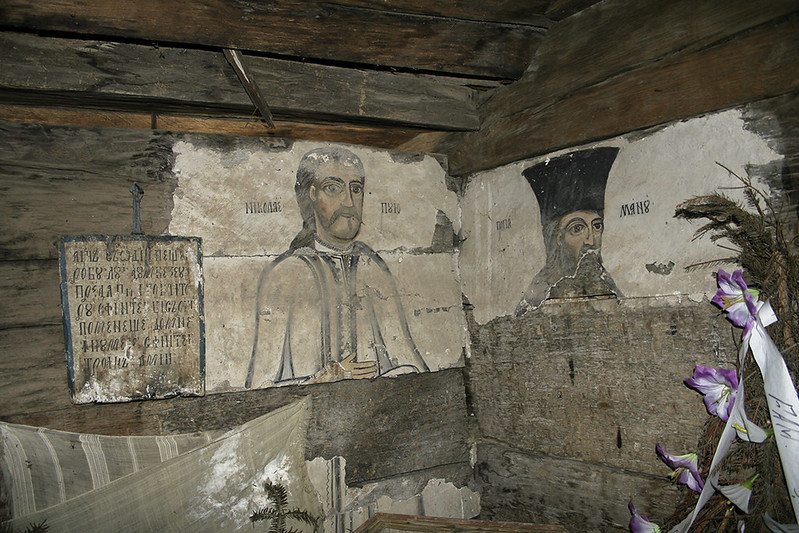 In their technical and financial report, the independent experts state that this conservation project “is worthy of support” and stress that “action on many fronts is required soon”. They recommend the creation of a steering committee of representatives of the key parties as a first step; advocate greater involvement from the owner, the Romanian Orthodox Church, and various Government Ministries; and argue that several financing possibilities need to be explored, the main one being from the EU Structural & Investment Funds.

“The programme is relatively modest – the approximate total cost is 2.5 million euros – and could make a considerable impact in terms of preserving the unique cultural and religious heritage in these rural areas. It would also provide jobs which use traditional skills and enhance the tourism interest. Thus it is worthy of support, and action on many fronts is required soon as delay will only aggravate the situation,” reads the report led by Peter Bond, Technical Consultant provided by the European Investment Bank Institute.

The programme comprises a total of 74 wooden churches, dating from the 18th-19th centuries, the majority of which are located in the counties of Hunedoara, Sibiu, Vâlcea and Gorj. These religious buildings were selected taking into account various criteria: urgency of the work, potential use, heritage value, tourism interest and local support. Most of the churches will be used by the community, as places of worship and/or as sociocultural centres, and there is generally heritage value and tourism interest in these buildings.

Three phases are proposed, with the emphasis on phase 1, the “action phase” consisting of a balanced mix of activities to complete the restoration of 8 “priority” churches and to prepare subsequent phases. Phase 2 includes the completion of 16 “medium priority” churches. Phase 3 involves completing other potentially viable schemes (some 20 churches). Assuming available finance, phase 1 could take place from early 2015 to end 2018; phase 2 from mid-2016 to end 2019, and phase 3 from mid-2017 to end 2020.

Efficient management of the programme implementation is a key to its success. “In the short term, Pro Patrimonio may be able to continue acting as the effective promoter, coordinator and project manager, but a more structured, integrated and comprehensive approach is needed in the longer term. This requires greater involvement and commitment from the owner, the Romanian Orthodox Church, and the Ministries of Culture, Tourism and Agriculture and Rural Development. The exact modus operandi needs to be discussed and agreed between the parties and this needs to be put in place soon. The formation of a steering committee of representatives from the key parties is a recommended first step,” it is stressed.

According to the report, the nature of the conservation project requires grant financing. Several possibilities need to be explored, the main one being from the EU Structural & Investment Funds, such as the European Regional Development Fund (ERDF) and the European Agricultural Fund for Rural Development (EAFRD). Other potential sources of funding mentioned in the report are international donors (e.g. the International Bank for Reconstruction and Development (IBRD)), bilateral grant funds (e.g. the Norwegian Fund through EFTA), private funds (e.g. the UK Headley Trust or the George Enesno Foundation), Romanian national and municipal funds, and Church donations.

“There is an urgent need to seek grant funds mainly from the EU, initially concentrating on phase 1. The resources and possibilities provided by the interested parties, including the Ministries of Culture, Tourism and Agriculture and Rural Development should be combined to actively assist in seeking EU and other funds”, it is stated. “National and local funds are important as they have the flexibility to provide the seed money to start the programme preparation phase essential to present a viable project to long-term donors,” it is added.
Technical challenges also need to be addressed. A potential lack of the traditional skills and associated expertise for the timber construction and decoration may present difficulties. Training, support and the sharing of experience need to be encouraged. The adaptation of some traditional processes to modern technology merits review.

With the aim of encouraging visitors, it is proposed that the wooden churches are linked into tourism circuits with other monuments and heritage sites of higher attraction, such as the monastery at Horezu, the Cula museum and the Astra museum near Sibiu.

This action plan was prepared on the basis of the outcomes of the four-day mission in southern Transylvania and northern Oltenia undertaken in October 2014, during which heritage and financial experts from Europa Nostra and the European Investment Bank Institute visited the most iconic wooden churches in the region and met with local, regional and national stakeholders.

Europa Nostra and the European Investment Bank Institute will announce in the coming weeks the technical and financial actions plans for the other heritage sites listed for ‘The 7 Most Endangered’ 2014, namely the historic stage machinery of the Bourla theatre in Antwerp in Belgium, the neighbourhoods of Dolcho and Apozari in Kastoria in Greece, the citadel of Alessandria in Italy, the carillons of the Mafra National Palace in Portugal, and the synagogue in Subotica in Serbia. The mission related to the Colour Row Settlement in Chernyakhok in Russia is expected to take place later in the year.