Read/download the Report in PDF

Europa Nostra and the European Investment Bank Institute issued a technical report for the rehabilitation of San Juan de Socueva Chapel and Hermitage, Cantabria, Spain. The site was listed among the 7 Most Endangered heritage sites in Europe in 2021, following a nomination made by Future for Religious Heritage, member of the European Heritage Alliance. 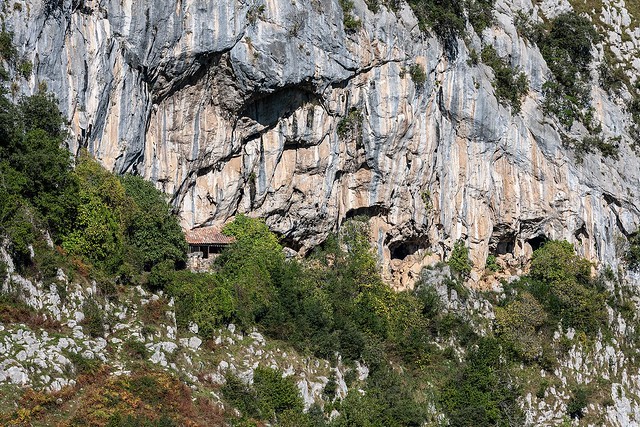 San Juan de Socueva is an ancient hermitage and chapel set into the rocky mountains just south of the municipality of Arredondo, in the North of Spain. The chapel still maintains its religious function and is deeply rooted in the community. Despite being a significant site of religious heritage, the state of conservation of San Juan de Socueva is very worrying.

The report was formulated on the basis of the outcomes of the on-site mission undertaken on 14-15 December 2021 and on the basis of the background information collected by the experts representing Europa Nostra and the European Investment Bank Institute (EIBI). In particular, an important document for the drafting of the report was the comprehensive restoration project prepared by a specialised team from the Cantabrian Department of Universities, Equality, Culture and Sport, which will be in charge of the implementation and financing of the works for the conservation and main restoration of the site. 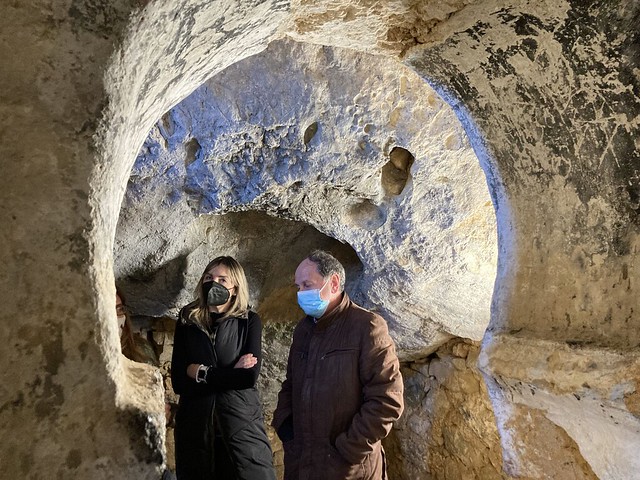 “The site of San Juan de Socueva, whose dating goes back to the 7th-century, has an undisputed value that must be conserved for future generations and may generate further historic studies, all the more as this Visigoth period is still lacking a serious and comprehensive investigation,” notes the report.

“The project team considers it appropriate to outline a communication strategy to add value and transmit the importance of San Juan de Socueva to relevant stakeholders and civil society in general. Addressing this process would allow for a better management of the interpretation and dissemination of the cultural values of the site and its surroundings that, in turn, would result in ensuring the long-term sustainability of the site”, highlights the report.

The following points and recommendations for the rehabilitation of San Juan de Socueva Chapel and Hermitage are put forward in the report:

– The area surrounding San Juan de Socueva Chapel and Hermitage – consisting of the site itself and some adjacent prehistoric caves – is environmentally protected and contains relevant archaeological values. While the Diocese of Cantabria is the current owner of the site, the Department of Culture of the regional Cantabrian Government is in charge of the immediate restoration of the site, and the Municipality of Arredondo is responsible for maintaining the site and ensuring its safety. The project team of experts suggests that a thorough agreement on urgently implementing the necessary interventions to prevent further deterioration of the site and ensuring its future sustainability is reached between these three institutions.

– The experts provided by the European Investment Bank (EIB) Institute consider that the three institutions involved in the project should agree on preparing a dedicated study on the sustainability and future uses of the site and its surroundings, with complementary historic studies and awareness raising activities. The Department of Culture might finance this study whose conclusions would be essential for the future understanding of the site’s area. Moreover, this study could also benefit from the EIB Heritage Grant that the European Investment Bank Institute is ready to mobilise as seed money in order to add relevant value to the intervention, under the 7 Most Endangered Programme.

– The technical project developed by the Cantabrian Department of Universities, Equality, Culture and Sport, proposes a global intervention that would not only preserve the integrity of the site, but essentially safeguard its cultural values and authenticity, as well as its surroundings. All actions will be aimed at consolidating what already exists, without introducing, as far as possible, elements that may mislead the authentic perception of the historic ensemble. According to the EIBI/Europa Nostra team of experts, this technical project seems to be in accordance with the UNESCO guidelines and it establishes three clear and well-defined phases, such as investigation of the current status of the site, execution of works and preparation of desk documentation. The experts considered first of all essential to shore up the wooden portico, eliminate superfluous vegetation, and the physical enclosure with a provisional grille, until the process of analysis, research, diagnosis and conservation or restoration is completed. Overall, the project team recommends that the execution of the project phases are carried out successively, addressing one phase until the previous one is finalised in such a way that the results of each phase are taken into consideration by the next one.

– Overall, local authorities declared their interest in promoting the site and enhancing its visibility. For example, as the plans of the regional Government of Cantabria is to build a new museum to replace and expand the existing “Museo de Prehistoria y Arqueología de Cantabria”, the EIBI experts suggest considering the possibility of including there a room specifically dedicated to the site, which would significantly enhance its visibility to the public. In addition, the Municipality of Arredondo has offered the possibility of devoting dedicated spaces to prepare a comprehensive exhibition, including a 3D presentation and other complementary materials. 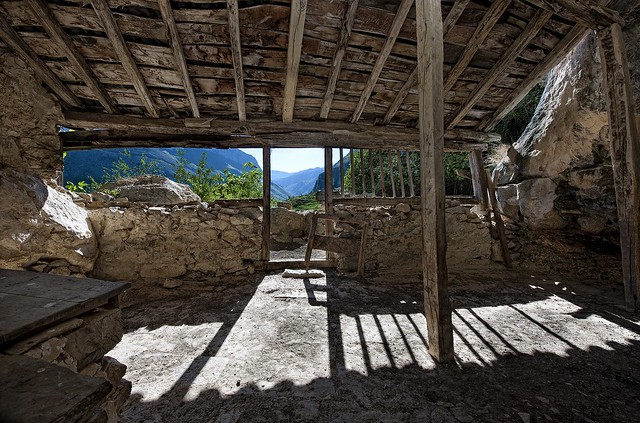 – Lastly, it is notable that the geographic area around the small town of Arredondo belongs to the so-called “emptied Cantabria”, where the population is constantly declining over the years. The expert team considered that the rehabilitation of the site of San Juan de Socueva could be used as a driving force for the future sustainability and development of this rural environment.

According to the report, the Cantabrian Department of Universities, Equality, Culture and Sport is financing the realisation of immediate and urgent restoration works. Moreover, the Municipality of Arredondo will take charge of the cleaning and the safety of the area, in agreement with the owner and with the main institutions involved. Overall, relevant stakeholders, including civil society representatives, must be involved in the conservation, restoration and the final use of the site in order to identify its optimal use and management, thus enhancing the whole archaeological site.