Members of the European Heritage Alliance 3.3 gathered for their spring meeting on 27 April 2017 at Bozar in Brussels. Paul Dujardin, Artistic Director of Bozar, welcomed Alliance members and briefly presented the vision of his cultural centre. A vast majority of members were able to join the meeting and discuss recent developments at EU level relevant for the heritage sector, including future meetings of interest to the Alliance and joint communication tools. Upon invitation from the Alliance, Jimmy Jamar, Head of the European Commission Representation in Belgium, participated in the meeting as guest and presented the initiative of the European Solidarity Corps and how it could be of interest to heritage NGOs. 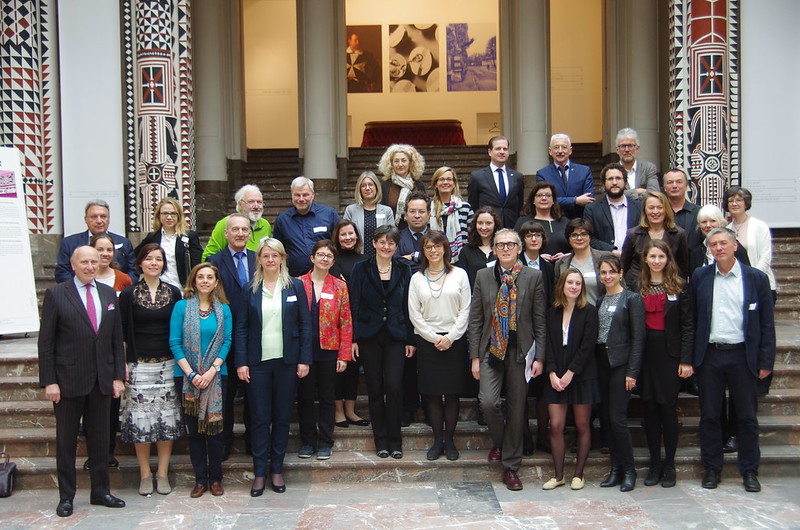 The highlight of the meeting was the adoption of the European Year of Cultural Heritage (EYCH) by the European Parliament. As the meeting coincided with this important vote, Alliance members eagerly followed the live press conference of Parliament rapporteur Mircea Diaconu MEP and European Commissioner for Culture Tibor Navracsics (watch video recording here).

Moreover, the afternoon session of the Alliance meeting was dedicated to the European Year of Cultural Heritage 2018, with a discussion with the Head of the EYCH 2018 task force of the European Commission, Catherine Magnant. This provided an excellent opportunity both for the Commission to present its plans for the EYCH to the wider heritage sector and receive a first feedback and for Alliance members to better understand how they can best support the EYCH and contribute to it.

During its spring meeting, the Alliance also welcomed six new members who had joined since the last meeting in November 2016, namely Interpret Europe, European Travel Commission, European Historic Thermal Towns Association, Europeana, Perspectiv and European Federation for Architectural Heritage Skills. Together, the Alliance counts now 43 European and international networks from the wider field of cultural heritage, making it the most representative platform of the sector.