Home Event From the 20th to the 21st C.: Best Practice in Archaeological Conservation in Greece

From the 20th to the 21st C.: Best Practice in Archaeological Conservation in Greece

Awarded projects by the European Union and Europa Nostra (1987-2017)

Lecture by Prof. F. Mallouchou-Tufano at the ‘Raymond Lemaire International Centre for Conservation’ in Leuven.

Greece has a long tradition of protecting and enhancing its ancient monuments and archaeological sites – a tradition that began immediately after the foundation of the modern Greek state in the third decade of the 19th c. and which is still alive and well today. The history of archaeological conservation in Greece is divided into three main periods (1.19th-century until WWII, 2. the post-WWII period until the fall of the military dictatorship in 1974, 3. from 1974 onward), each one with its own characteristics and peculiarities depending mainly on the prevailing exterior conditions of the works. 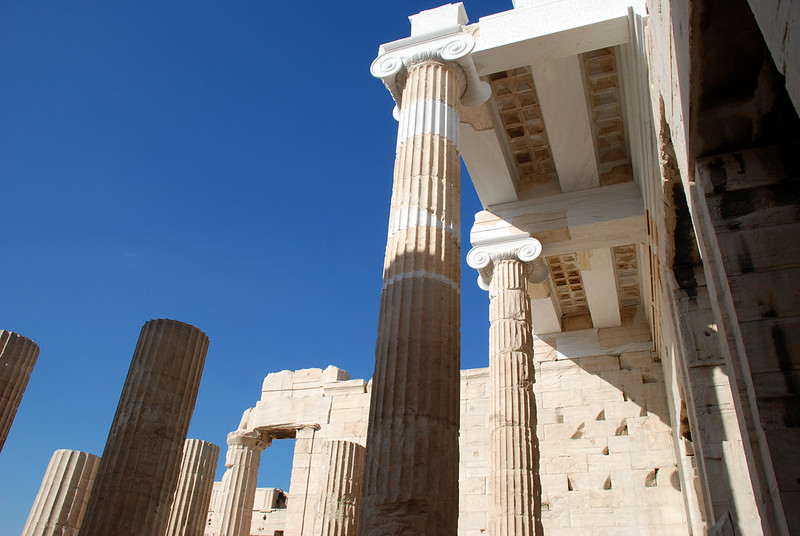 In the post-1974 period, a huge amount of activity has developed, supported by funding from the European Union. It comprises a large number of interventions, many of which have been awarded the European Union Prize for Cultural Heritage / Europa Nostra Awards. In this lecture, a selection of these awarded projects will be presented, divided by category: interventions of pure anastelosis (in the literal sense of the term) on classical monuments, such as the Erechtheion of the Athenian Acropolis and the sanctuary of Demeter in Sagri in the Cycladic island of Naxos; interventions of enhancement of wider settlements preserved in their natural setting, such as the Skarkos in the island of Ios, Carthaia in the island of Andros and Messene in Peloponese, resulting in the formation of unique cultural landscapes; enhancement interventions on monumental complexes preserved in an urban setting such as the Palace of Galerius in Thessaloniki; interventions of wider urban scale, such as the project of the Unification of the Archaeological Sites of Athens, that led to a true regeneration of an extensive area in the centre of the metropolitan city. During the lecture, the specific prerequisites of each category of interventions will be discussed as well as their impact on the local economy and society.

The lecture will take place on Thursday 15 February 2018 at 17.00 at the Promotion Hall of the University Halls, Naamsestraat 22, Leuven.
Admission is free but registration on this link is required.