The Local Award Ceremony for the Tramontana Network III, a winner of a 2020 European Heritage Award / Europa Nostra Award in the Research category, will be held on Thursday 29 October 2020 at 11.00 AM (CET). Due to restrictive COVID-19 regulations in Italy, the event will be fully digital and available for everyone to follow on the YouTube channel of ICCD (Istituto Centrale per il Catalogo e la Documentazione). 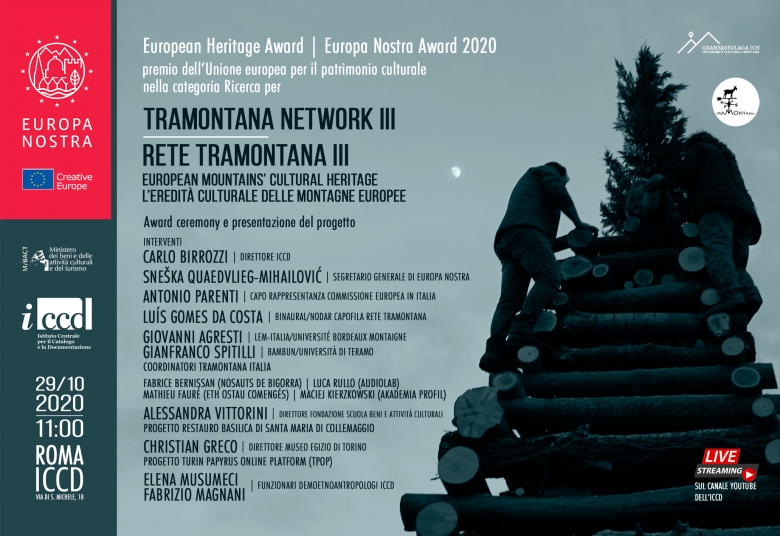 Tramontana Network III is an in-depth study of the intangible heritage of rural and mountain communities in Europe which aims to safeguard and revitalise this heritage through its documentation and wider dissemination. The research study is the result of a partnership between eight main partners coming from five different countries: France, Italy, Poland, Portugal and Spain, with more than 50 associated entities. The project benefited from the support of the Creative Europe programme of the European Union, which funded 60% of the project, the remaining part being covered by the partners.