On 18-19 October, experts from Europa Nostra and the European Investment Bank Institute (EIB-I) were in Italy for a mission related to the Giusti Garden in Verona, listed among the 7 Most Endangered heritage sites in Europe for 2021. Dating back to 1570, the Giusti Garden is one of the finest examples of a typical Tuscan Renaissance garden that has survived in its original form until the present day. In 2020, the garden was hit by three severe thunderstorms which caused extensive damage to the entire site. 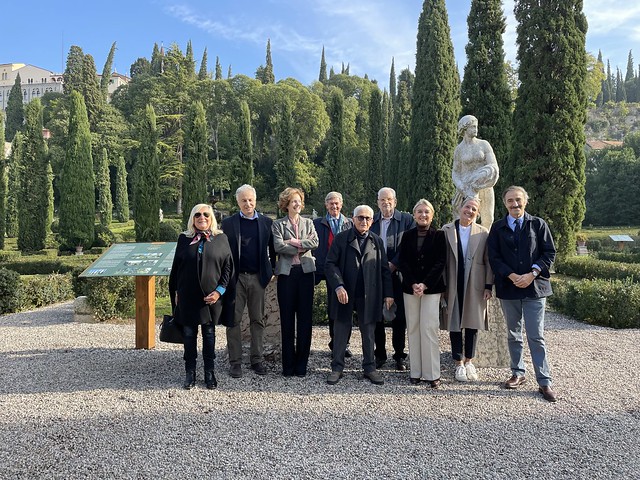 “The Garden and the Palace are rare treasures created by the Giusti del Giardino family in the 16th century for Verona’s inhabitants and visitors from abroad. Though this precious gem flourished for several centuries, it is now under threat, due to the inevitable ravages of time and the effects of climate change. The rehabilitation of the site requires a concerted effort from all stakeholders, including local authorities and institutions. Europa Nostra and the EIB-I stand ready to assist the owners of the Giusti Garden in this formidable challenge,” commented Romualdo Massa Bernucci.

👷The #7MostEndangered Missions continue with Europa Nostra & @EIBINSTITUTE experts visiting the extraordinary Giusti Garden in Verona🇮🇹, severely damaged by thunderstorms in summer 2020 and included in our 7 Most Endangered list in 2021.🌳
About the site: https://t.co/uEBFQ4JGpA pic.twitter.com/a2iXpzXQC6

The mission began on 18 October with a visit to the Giusti Garden and its nearby Palace. The delegates were accompanied by Architect Gianni Perbellini, a Honorary Member of Europa Nostra who nominated the site to our 7 Most Endangered Programme, along with representatives of the Giusti Garden Srl, CEO Guglielmo Garagnani and Head of Communication Livia Imperiali.

On the same day, the experts met with two representatives of the Municipality of Verona, namely Francesca Toffali, Municipality Council Member for Budget and Taxes, Housing Policies, International Relations, EU Funds and Demographic Policies, and Francesca Briani, Council Member for Culture, Youth Policy and Equal Opportunities. The representatives welcomed the presence of the experts from Europa Nostra and the EIB-I, and emphasised the importance of the Giusti Garden for Verona and its extraordinary cultural heritage significance.

During the mission, the European delegation met and discussed the case with experts supervising and assisting the rehabilitation of the historic garden, notably Architect Giacomo di Thiene and Professor Alberto Minelli from the Distal-Unibo, University of Bologna. They provided useful information and comments on the proposed plans aimed at restoring both the garden and the palace’s original beauty while ensuring their sustainability.

On 19 October, the experts’ mission continued with multiple meetings to discuss the future of the Giusti Garden. Many topics were discussed, such as the present status of the historic garden and possible interventions involving a partnership with the University of Bologna. This would include a detailed programme with the aim of studying and collecting, with the use of modern technologies, data and information about the plants and species present in the garden, in order to coordinate measures to protect them against climate change.

Another topic of discussion was related to the urgent restoration of the Giusti Palace, which requires the development of a comprehensive masterplan for the entire site; and a discussion about the development of related services for visitors, such as a bookshop, cafeteria and a laboratory as well as the possible creation of an APP for virtual tours.

Another idea that emerged from the visit and subsequent discussions is related to the opportunity to recall the memory of the historic “Goethe’s cypress”, which was named after Johann Wolfgang von Goethe, the German writer and statesman, following his visit in 1786. This 600-year-old cypress was damaged after the heavy storms. The idea is to reassemble some rods of the uprooted tree, with the addition of a commentary caption to preserve the memory of what happened.

During the visit, among other suggestions made by the European delegation of experts, Architect Pedro Ponce de León suggested the use of a system of rainwater collection for irrigation purposes that would lead to considerable water-saving and would increase the sustainability of the site. 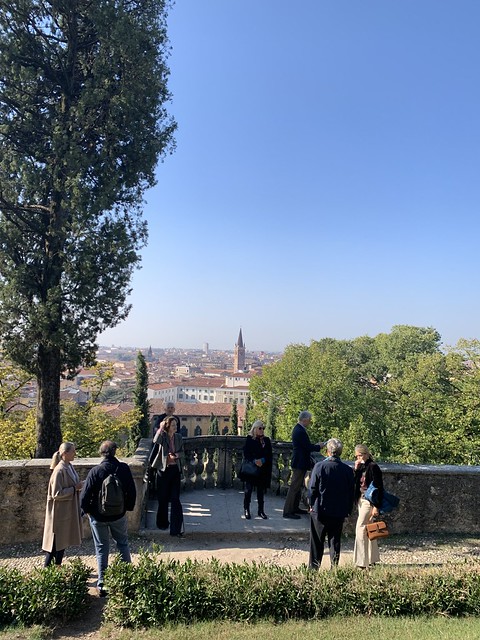 The two-day mission ended with a guided visit by Architect Gianni Perbellini to the Veronetta neighbourhood, where the Giusti Garden is located. The visit was particularly useful for the experts to understand the local context and the urban environment where this historic garden is located.

The European delegation considered the 7 Most Endangered mission essential to assess the Giusti Garden and to understand the urban importance of the conservation and valorisation of the garden in the city context, notably for the development of the Veronetta local neighbourhood. Moreover, experts agreed that if the rehabilitation of the site would be well and carefully managed – with the assistance of Europa Nostra and the EIB-I team – the result could be a paradigm of best practices.

The key findings and recommendations of the mission will be published in a report at the beginning of 2022.