Home News What future for the Colour Row Settlement in Russia

What future for the Colour Row Settlement in Russia

On 29 May 2015, heritage and financial experts from Europa Nostra and the European Investment Bank (EIB) Institute had a working meeting in The Hague about the Colour Row Settlement of Chernyakhovsk (Russia), listed among ‘The 7 Most Endangered’ sites in Europe in 2014.

Sneška Quaedvlieg-Mihailović, Secretary General of Europa Nostra, Richard Deeley, technical consultant of the European Investment Bank Institute, Adam Wilkinson, Council Member of Europa Nostra and Member of the 7ME Advisory Panel together with Dimitri B. Suchin, Chairman of Kamswyker Kreis e.V and Winfried Brenne, architect conservator, examined the main challenges and opportunities in regard to the renovation of this housing complex. 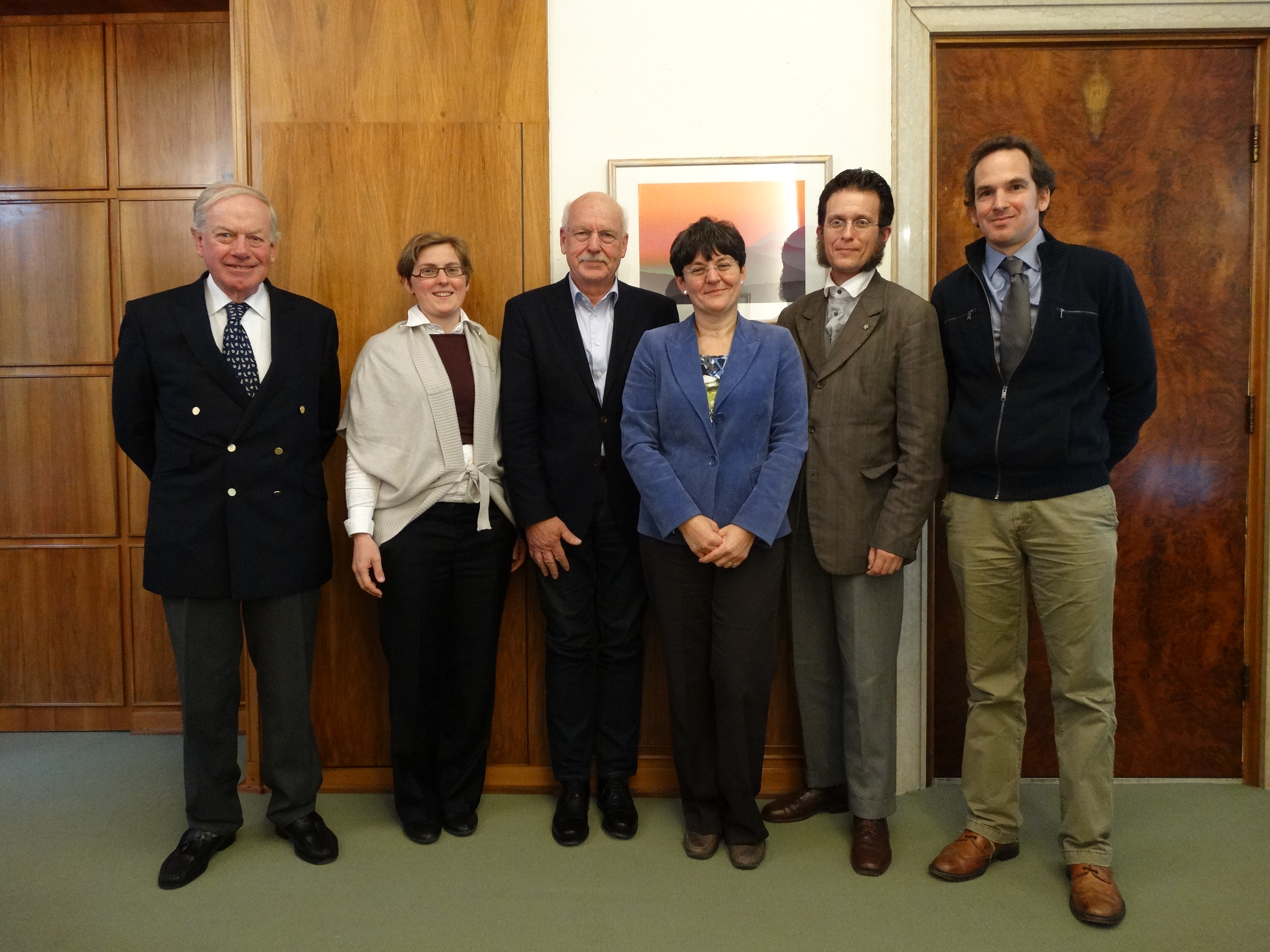 Built in 1924, the Colour Row Settlement is the only remaining example of the early work of the renowned German architect Hans Scharoun in former East Prussia, today Russia. It is a prototype of modern domestic architecture with many of the original details still preserved (joinery, decoration, ceramics) and an immediate forerunner of other pioneering social housing projects in Germany, such as the Siemensstadt in Berlin, in which Scharoun was also involved.

During the working meeting at the Europa Nostra’s International Secretariat in The Hague, Dimitri B. Suchin thoroughly presented the current ownership issues and physical state of the settlement. Despite virtually no maintenance work undertaken over the past 60 years, the houses are still used and cherished by their private owners. However, it hasn’t been yet possible so far to gather sufficient funds to ensure the continued existence of the entire settlement, let alone its restoration to proper living standards. Mr Suchin suggested that the first step should be to restore one of the buildings of the settlement which could serve as example for the other residents.

In a strong video message sent on the occasion of the working meeting in The Hague, Alexander Losyukov, President of the International Roerich Center and nominator of the Colour Row Settlement for ‘The 7 Most Endangered’, stressed that the complete renovation of the Colour Row could boost tourism and the local economy. He also stated that the restoration works must be done with the assistance of German architects and specialists.
Referring to his extensive professional experience and expertise, Winfried Brenne, German conservation architect who restored most of Berlin´s World Heritage settlements closely linked to the Colour Row settlement (such as the first example of Colour Building, the Falkenberg / Tuschkastensiedlung of 1913, and the Horseshoe of 1925), put a special emphasis on the value and use of colours in modern architecture.

On the basis of the outcome of this and any follow-up meetings, an interim technical and financial report will be drafted by EIBI expert Richard Deeley in the Autumn.