On the afternoon of Saturday, 19 June, a festive event to celebrate the European Heritage Award / Europa Nostra Award 2021 that was awarded to the Gare Maritime took place on site in Brussels. The Award was granted in recognition of the high-quality transformation of this former freight building on the Tour & Taxis site into a lively urban hub that has employed environmentally sustainable solutions throughout. 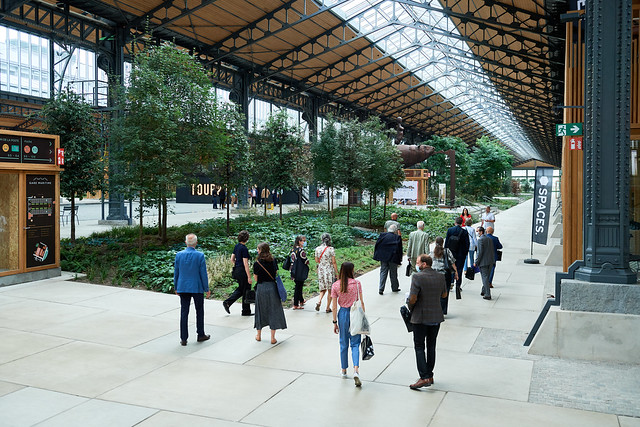 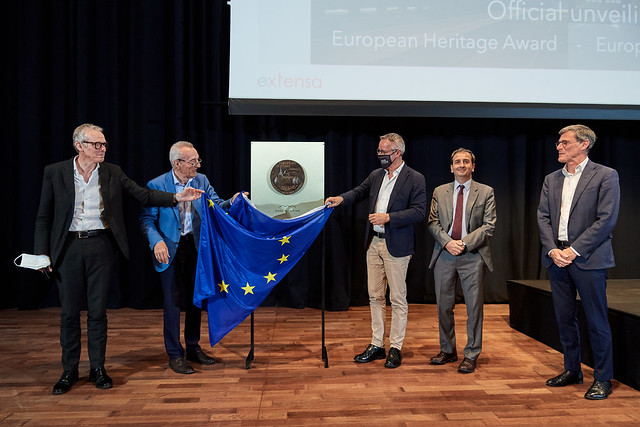 The concept surrounding the site’s transformation was presented by Kris Verhellen, the CEO of Extensa Group, and Peter De Durpel, COO of Extensa Group, with special attention paid to explaining the principles of carbon neutrality, geothermal energy use and self-sufficiency that have been incorporated into this project, elements which were considered especially noteworthy by the European Heritage Awards Jury when selecting the project to receive an Award.

🏆Today we are celebrating this year’s #EuropeanHeritageAwards winner Gare Maritime at a ceremony held in Brussels 🇧🇪! This renovation project transformed a freight station into an urban hub with environmentally sustainable solutions employed in the spirit of #NewEuropeanBauhaus pic.twitter.com/V9gK9sVcBj

Giorgio Guazzugli Marini, Deputy Head of the Creative Europe Unit at the Directorate General for Education, Arts and Culture, made the concluding remarks. He expressed his appreciation for the innovative results of the Gare Maritime project and underlined the value of the Awards scheme to the Creative Europe programme of the European Union.

Guided tours of the site offered the guests a unique and fascinating perspective of this exceptional building and the many innovative solutions that were used in the process of its recovery. During the guided visits, the guests also had the occasion to pass through the main building of the Tour & Taxis site, the Entrepôt Royal, whose exceptional restoration was awarded a European Heritage Award / Europa Nostra Award in 2008.