The success of the textile conservator Dr. Christina Margariti for her research project FIBRANET – FIBRes in Ancient European Textiles was celebrated on 24 November at the University of Copenhagen (Denmark). Hosted by the Centre for Textile Research (CTR) and the Saxo Institute, the event celebrated the Grand Prix that was awarded in 2021 to the FIBRANET project and presented the content of the research to the public. 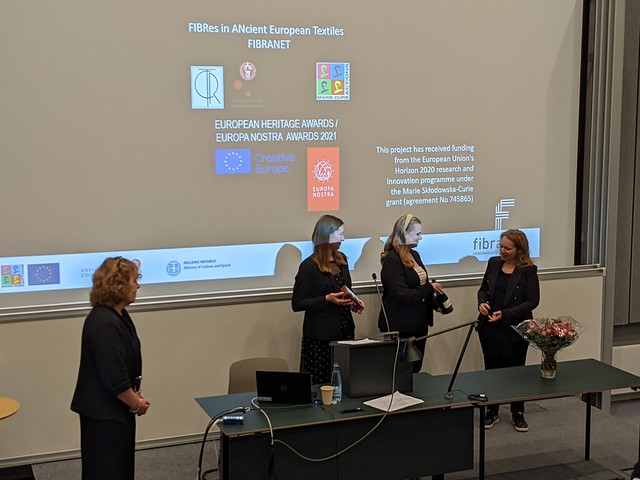 The event began with the unveiling of the bronze award plaque which was presented in its new location at the Centre for Textile Research. The Award was handed to Dr. Margariti and to the whole CRT, by Ettie Castenskiold, President of Europa Nostra Denmark.

A lecture by Dr. Maragriti was opened with introductory remarks by Paolo Vitti, Board Member of Europa Nostra. Paolo Vitti praised the project for the way that it convincingly demonstrates the importance of interdisciplinary scholarly research to achieve impactful results, which have huge relevance for present day challenges.