Home News Greece: Kastoria in the sights of Europa Nostra and Council of Europe Development Bank

Greece: Kastoria in the sights of Europa Nostra and Council of Europe Development Bank

The historic neighbourhoods of Dolcho and Apozari in Kastoria, Greece, listed among “The 7 Most Endangered” heritage sites in Europe in 2014, were visited on 4-5 October by a team of heritage and financial experts from Europa Nostra, the Council of the Europe Development Bank and Elliniki Etairia – Society for the Environment and Cultural Heritage. The team visited a large range of distinguished 18th and 19th century buildings, a few already restored but most in a seriously dilapidated condition, with the aim of mobilising efforts towards saving them. 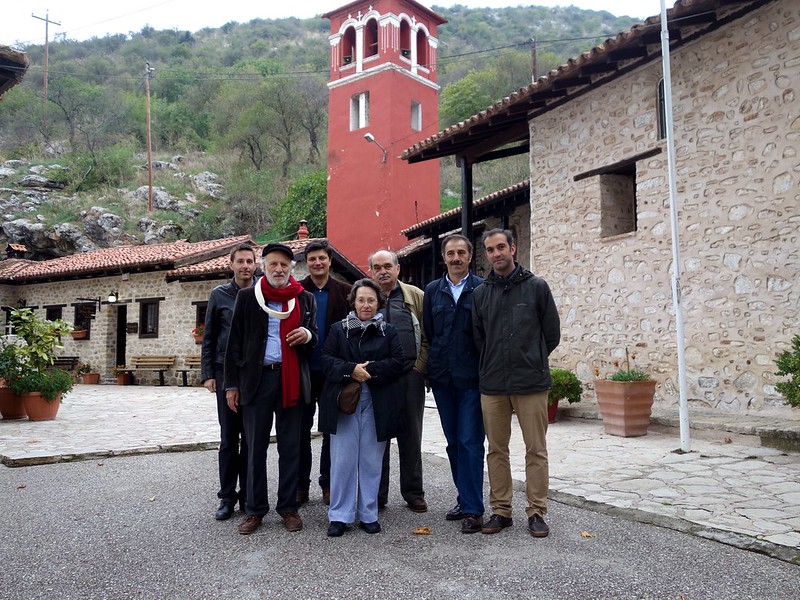 At the packed public meeting held on 4 October at the Municipality of Kastoria, in the presence of the Bishop of Kastoria Metropolitan Serafeim, the newly elected mayor Anestis Angelis welcomed the visit of the team, thanked the previous mayor for having supported the application process so effectively and affirmed that the new town council, and in particular the deputy mayor for culture Leonidas Papademetriou, will support the rehabilitation project most vigorously. The deputy Regional Governor Sotiris Adamopoulos assured those present in the meeting that the Region of Western Macedonia will do everything in its power to support the proposal once this has been agreed and particularly to attract EU funding for the project.

“It is not just a matter of cultural heritage, although that is the most important issue. It is also that Kastoria needs to make use of its architecture heritage as one of its greatest economic assets in order to reduce unemployment and increase the flow of visitors into one of the most distinguished old towns of Greece and indeed of Southeast Europe,” argued Costa Carras, Vice-president of Europa Nostra.

“The appropriate methods of implementation and co-operation of authorities and the public need to be devised in order to have a successful project, which has to be further integrated into local and wider development policies. Not least, the professional standards in the conservation and management of cultural heritage have to be observed throughout the process,” added Stefan Balici, Council Member of Europa Nostra.

Urbano Murillo, who represented the Council of Europe Development Bank, stated: “The report, which is funded by the Spanish Social Cohesion Account (SCA), should provide the basis for the later development of the project by the regional and local authorities. This feasibility study is going to outline the recommend course of action in order to obtain the necessary funding for whatever action is adopted.”

Two members of the Europa Nostra Scientific Council, Pedro Ponce de Léonand Ioanna Steriotou, participated in the mission. “On the reasonable hypothesis we will receive the required information from the Municipality of Kastoria in good time, we are confident we will have formed the main lines of our feasibility study and our proposals by early November. We hope to visit Kastoria at that time in order to confirm our working hypothesis and to confer with the local and regional authorities,” announced Pedro Ponce de Léon, who will be leading the preparation of the report.

In reply to complaints by some members of the public that Greek tax regulations are very harsh to the owners of listed buildings Pavlos Kremezis, President of the Committee for the Architectural Heritage of Elliniki Etairia, said that in view of this problem, existing throughout Greece and not only in Kastoria, Elliniki Etairia has already applied for funding in order to hold three conferences, of which one will be in Kastoria, to draw up proposals that will be submitted to the Greek authorities in the course of 2015.