Initiative to Save Helsinki-Malmi Airport submitted to Finnish Parliament

A legislative initiative to preserve Helsinki-Malmi Airport, listed among the 7 Most Endangered heritage sites in Europe in 2016 by Europa Nostra and the European Investment Bank Institute, was presented today to the Speaker of Parliament Maria Lohela. The Lex Malmi initiative, signed by more than 56.000 people, proposes an expropriation of Malmi Airport from the City of Helsinki by the State of Finland. With this expropriation the State would secure the air connections between the capital region and the provinces. In addition, the airport would serve as a center of development for future aviation services. 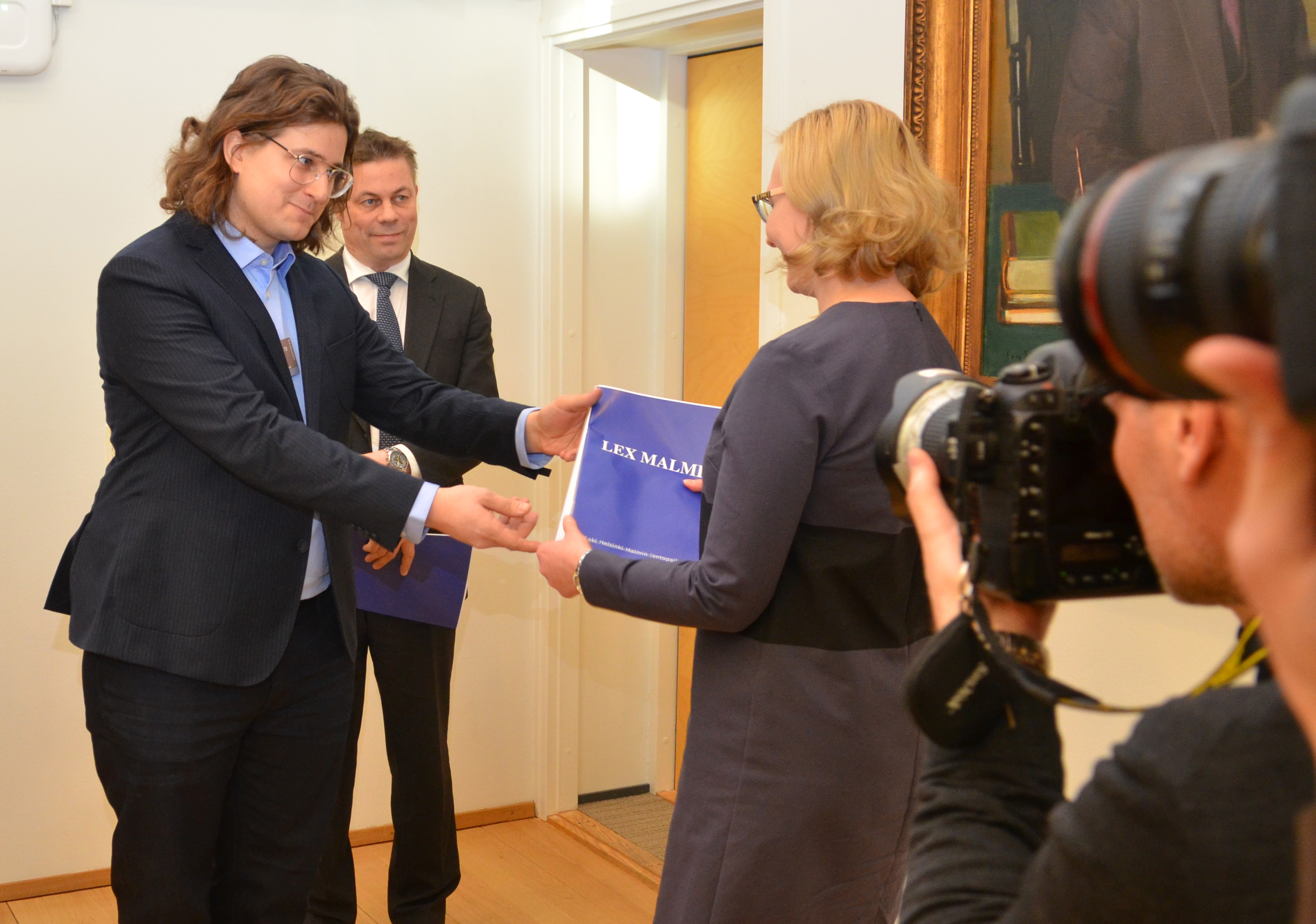 The initiative is based on Helsinki-Malmi Airport’s remarkable significance to culture and infrastructure which goes beyond municipal interests. Not only is the airport a built cultural environment of national importance and one of the 7 Most Endangered heritage sites in Europe, but it also plays a central role in the accessibility of provincial regions and of Finland itself. The development of the whole country and its business life are supported by functional, uncongested air connections between the regions.

”There must be a place in the center of the capital region to serve the rapidly growing general aviation. All capitals in western Europe have an airport for non-scheduled traffic. As far as Finland is concerned, Malmi is the only reasonable place for an airport serving propeller-driven aircraft, business jets and helicopters,” stated Timo Hyvönen, Chairman of the Friends of Malmi Airport, which nominated the site for the 7 Most Endangered programme 2016 together with Europa Nostra Finland.

As the growth objectives of Helsinki-Vantaa International Airport become a reality, its potential to serve the rapidly growing unscheduled traffic will deteriorate. In the plans of Finavia Ltd, Helsinki-Vantaa will invest in traffic between Asia and Europe. Finavia’s goal is to have more than 20 million passengers pass through Helsinki-Vantaa Airport in 2020.

“The new smart forms of travel will also take to wing. Unmanned cargo flights are already a reality. Drones, electric aircraft and other smart forms of future aviation need a safe place in the middle of the capital region. Finland and especially its capital region need a route to the sky. Such a route already exists at the end of Malmi’s runway“, commented entrepreneur Peter Vesterbacka.

According to Lex Malmi, the State would expropriate Malmi Airport’s 138-hectare area and buildings from the City of Helsinki either by financial compensation or an exchange of land areas. On the basis of the City’s land purchases at Malmi Airport in 2014, the expropriation of Malmi Airport would cost the State 25-30 million euros. In 2014, the Cabinet defined the construction of a new substitutive airport in the capital region as a prerequisite to relocating Malmi’s civil aviation.

The City of Helsinki has planned a district of about 25.000 inhabitants to be built at Malmi Airport and the surrounding areas. The total planning area covers about 300 hectares.

Helsinki-Malmi Airport was visited by a delegation of European experts on 2-3 June 2016. “Given Malmi Airport’s outstanding architecture, which is of international significance, and the very strong public support for its preservation, the City of Helsinki should implement its residential plan in an alternative area without impairing the function of the airport as it is,” advocated the representatives from Europa Nostra.