Home News Italy: Award presented to Rita Bargna, creator and promoter of the art of lacemaking for over 70 years

Italy: Award presented to Rita Bargna, creator and promoter of the art of lacemaking for over 70 years

On 17 October about 60 people participated in the Local Award Ceremony for Rita Bargna, winner of a European Heritage Award / Europa Nostra Award 2021 in the category Dedicated Service to Heritage. For over 70 years, Rita Bargna has cultivated a remarkable passion for the art of lacemaking – an important element of Europe’s intangible heritage – as a creator, a collector, a teacher and a promoter of this craft. The event, at which Mrs. Bargna also celebrated her receipt of the Maestri d’Arte e Mestieri Award, took place at the town hall of Capiago Intimiano (Italy). The bronze award plaque was revealed from under a beautiful piece of lace that was made by Mrs. Bargna. 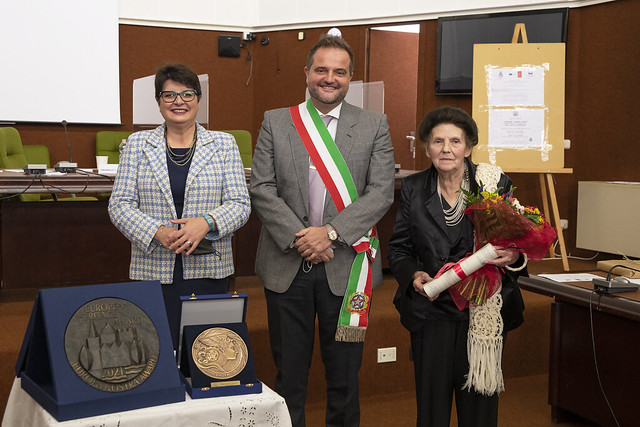 The ceremony was opened by Emanuele Cappelletti, the Mayor of the City, who recalled Rita Bargna’s many ties to Capiago Intimiano, where she first started exhibiting her lace collection and where the first school for which she served as Director is located.

On behalf of Europa Nostra, Maria Cristina Vannini thanked Rita Bargna for her lifelong efforts to conserve and disseminate the art of lacemaking, imbuing this invaluable heritage with life for so many years. 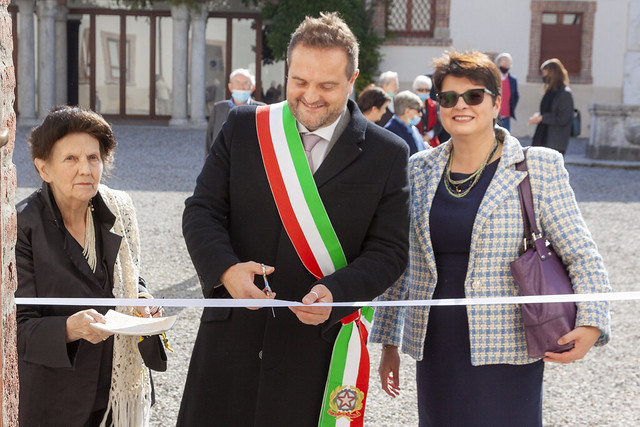 Rita Bargna addressed the assembled guests, thanking all those who collaborated with her, and paying special tribute to her mother, Anna Giuseppina Parolo, who taught her lacemaking. Mrs. Bargna concluded her speech stating that she hopes to have transmitted her passion to the next generation and to have raised awareness of the high artistic value of the artifacts made by women for many centuries and until the present day.

Alberto Cavalli, Director-General of Fondazione Cologni dei Mestieri d’Arte, and Massimo Gaudina, Head of the European Commission in Milan, each sent warm messages of congratulations to Mrs. Bargna as they could not physically attend the event.

On this occasion, the guests were invited to attend the opening of the exhibition “Antiche e Amate Trine” at the Castello di Ariberto.