Home News Italy: Citadel of Alessandria in the sights of Europa Nostra and EIB Institute

Italy: Citadel of Alessandria in the sights of Europa Nostra and EIB Institute

On 20-21 October 2014, a delegation of heritage and financial experts from the leading European heritage organisation Europa Nostra and the European Investment Bank Institute visited the Citadel of Alessandria in Italy, listed among ‘The 7 Most Endangered’ monuments in Europe in 2014. The delegation met with local, regional and national stakeholders with the aim of performing a comprehensive assessment and contributing to finding a feasible solution for one of the most famous examples of European military architecture of the seventh-eighteenth century. The specialists will help formulate a technical and financial action plan for its preservation before the end of this year. 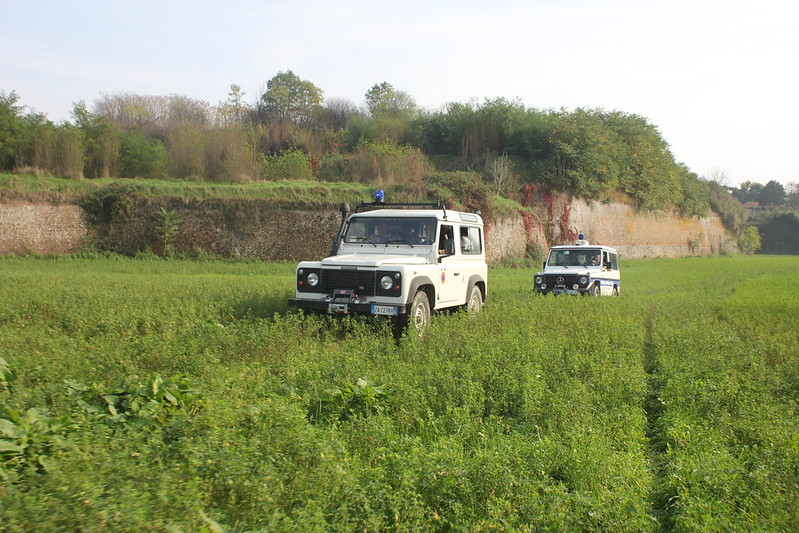 During the technical visit, the European experts took part in several working meetings with representatives from the most important local, regional and national institutions as to deepen (from a scientific, architectural, infrastructural, socioeconomic and cultural point of view) the prospects of recovery and improvement of the Compendium. The monument – which is under the protection of the Architectural Heritage and Landscape Superintendence – is owned by the State Property, which has recently launched a public call for the concession of the Citadel aimed at its preservation and enhancement.

The visit and thorough inspection of the monument aimed at collecting useful information for the preparation of a technical and financial report. This report will contain an analysis of the specific situation of the Citadel and will propose elements of comparison with “best practices” for the protection of similar cultural monuments which have already been developed at European level. It will also make suggestions connected to the structuring of complex conservation and enhancement projects; and present information on the most appropriate fundraising campaigns.

Europa Nostra was represented by Arch. Rossana Bettinelli (Board member of Europa Nostra and Chairwoman of the Italia Nostra Regional Board of Directors of Lombardia) and Dr. Fani Mallouchou-Tufano (President of the Jury of the EU Prize for Cultural Heritage / Europa Nostra Awards in the category Conservation). The European Investment Bank Institute was represented by Eur. Ing. Campbell Thomson (Technical Consultant).

“The redevelopment of the Citadel of Alessandria represents a quadruple challenge. Firstly, as we have seen over the last two days, there is the scope of the work needed to restore it to its former glory. Secondly, to analyze our findings and try to redefine the use of the site to meet the developments needs and desires of the city and region. Thirdly, to find ways to fund the work from the best resources available whether they are public, private or even personal. Finally, to manage the transition and redevelopment of the site. By working to support Europa Nostra and its local partners, the European Investment Bank Institute hopes to make a significant contribution to at least two of these challenges, while helping the people of Alessandria to recover a monument which is so obviously close to their heart,” explained the Technical Consultant.

Besides the State Property Agency, the FinPiemonte spa was also involved, as well as representatives of the most important institutions at local, regional and national level. The Municipality of Alessandria, led by the Mayor Maria Rita Rossa, took the lead in the coordination of the visit (with the direct involvement of the Eng. Marcello Ferralasco, Assessor for the “Enhancement of the Citadel”, Dr. Vittoria Oneto, Head of Culture and Tourism, and Eng. Marco Italo Neri, Director of Infrastructure Management).

An important role of awareness and incentive to bring the issue of the Citadel at the center of national and international attention has been and is being done by the FAI- Italian National Trust, thanks to the multiannual activities of the Delegation of Alessandria and thanks to the project “Places I love”.

The 2012 census “Places I love” has promoted the Citadel winner of the national edition, thanks to 53.000 preferences. FAI and Intesa San Paolo, partner of the project, has granted a contribution of € 50.000 for the eradication of ailanthus: this intervention is managed by the Architectural and Landscape Superintendecy for the provinces of Novara, Alessandria and Verbano-Cusio-Ossola.