Joining forces for the European Year of Cultural Heritage 2018

The European Commission’s recent announcement to propose a European Year of Cultural Heritage in 2018 was enthusiastically welcomed and discussed by hundreds of heritage players from all over Europe during the European Heritage Congress in Madrid from 22-27 May 2016. During the European Heritage Awards Ceremony held at the Zarzuela Theatre on 24 May, EU Commissioner for Culture Tibor Navracsics called on all heritage stakeholders “to be a vital part of the Commission’s efforts to make this Year a success”, while Europa Nostra’s President Plácido Domingo reiterated that Europa Nostra stands ready to actively contribute to the effective implementation of this momentous initiative, which has the potential to generate the much needed positive energy and cohesive force between communities and citizens in Europe. A similar message was conveyed by Plácido Domingo to the European Commission’s President Jean-Claude Juncker at their meeting in Brussels on 18 May. 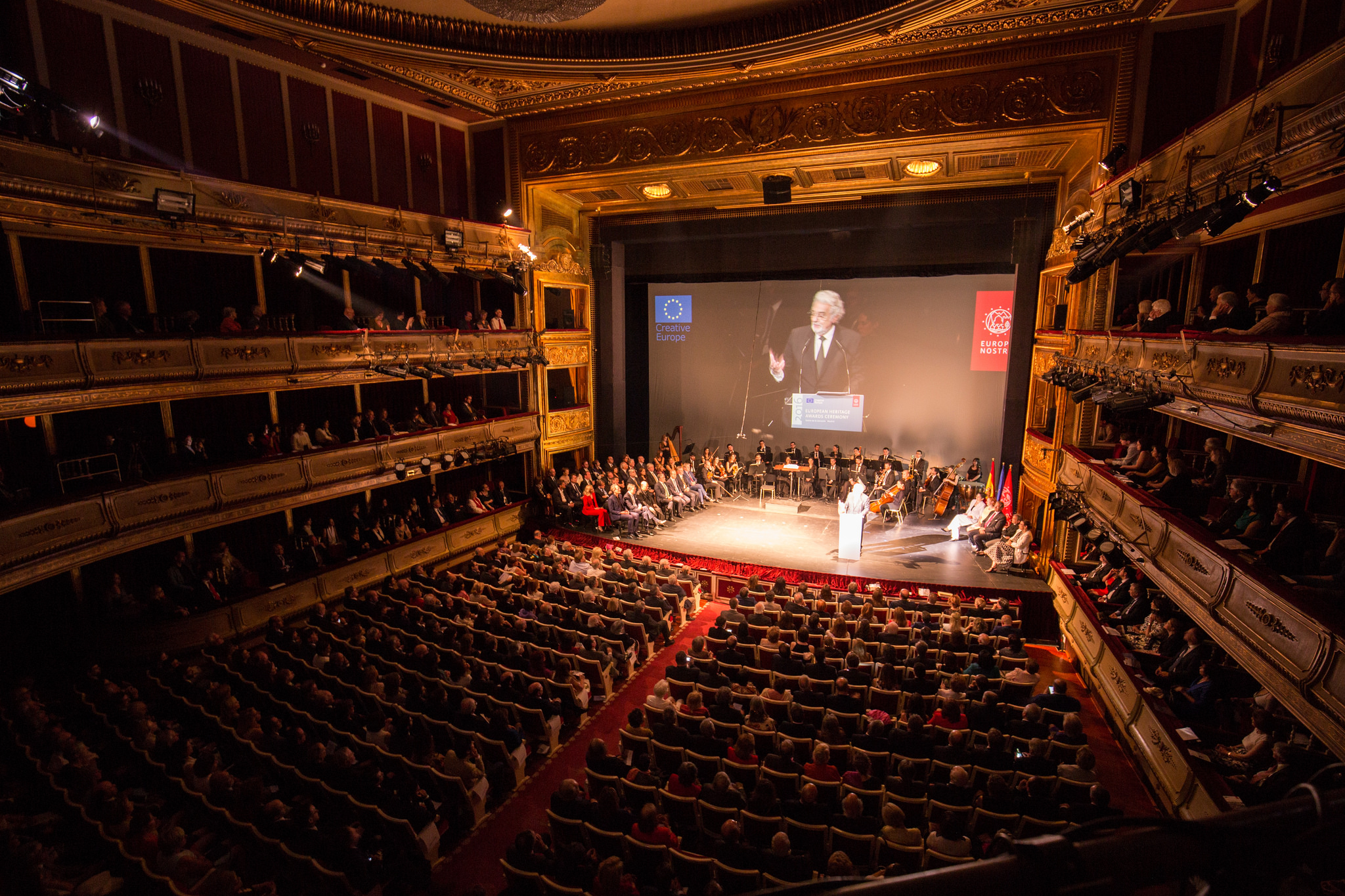 In his major speech at the European Heritage Ceremony, Europa Nostra’s President Plácido Domingo stressed: “At this moment, when so many forces seek to divide Europe and to rebuild barriers in Europe, we have to present our cultural heritage as a strong cohesive force for Europe and its citizens. I very much hope that the European Year of Cultural Heritage in 2018 will become a real spark of positive and creative energy generated by various forms of social participation, both at local and European levels,” advocated the President of Europa Nostra.

With the strong engagement of civil society organisations, the Year should help to link across Europe many innovative community projects which aim to regenerate our cities and countryside through respectful conservation and re-use of heritage. It should connect the performing arts, festivals, museums and heritage sites to demonstrate Europe’s formidable soft power which is embedded in our culture. It should also engage visionary businesses, entrepreneurs and Maecenas. Last but not least, the Year must target young people who will be the future custodians of our heritage.

“The European Year of Cultural Heritage should not be an isolated occasion. It should instead mark the beginning of a renewed commitment by European institutions and European citizens to care for our heritage, and share it both within and outside of Europe. I am convinced that this would be the best contribution we could make to the revival of our shared European project!” emphasised the President of Europa Nostra.

During Europa Nostra’s Council meeting, held at Espacio Bertelsmann on 23 May, and General Assembly, held at the Conde Duque Cultural Centre on 26 May, the wide membership of the organisation discussed the main messages they wish to convey, the tools they intend to use and the results which they aim to achieve during the Year. Europa Nostra’s Council members had an interesting and open exchange of views on this topic with Michel Magnier, Director for Culture and Creativity of the DG Education and Culture of the European Commission, who stressed that the Year will be based on an integrated approach to cultural heritage which has been developed by the EU Institutions since 2014. He also paid tribute to Androulla Vassiliou, former European Commissioner for Culture who was appointed in Madrid as the new Vice-President of Europa Nostra, for the key role which she has played in raising the profile of cultural heritage within EU policies and priorities. Magnier also strongly encouraged the active involvement of Member States, public institutions and civil society, including Europa Nostra, as well as the heritage sector at large in the preparation and successful implementation of the Year.

The official proposal for the European Year of Cultural Heritage is expected to be adopted before the end of the year 2016.