Lisbon hosts the second European meeting of the “Foundations4Heritage” initiative

On 7 April 2017, Europa Nostra and the Calouste Gulbenkian Foundation based in Lisbon, Portugal, held their second European meeting of the “Foundations4Heritage” initiative. The meeting was hosted by the Administrator of the Calouste Gulbenkian Foundation, Guilherme d’Oliveira Martins. Organised in the framework of Europa Nostra’s network project ‘Mainstreaming Heritage’ supported by the EU’s Creative Europe programme, 37 representatives from 21 private, European foundations and other relevant institutions in the heritage field attended the meeting. Delegates from two important European networks of foundations, namely the European Foundation Centre and DAFNE – Donors and Foundations Networks in Europe, as well as the European Investment Bank Institute, a partner of Europa Nostra, also joined the meeting. The discussions mainly focused on the forthcoming European Year of Cultural Heritage in 2018 as well as possible forms for the further development of the initiative. 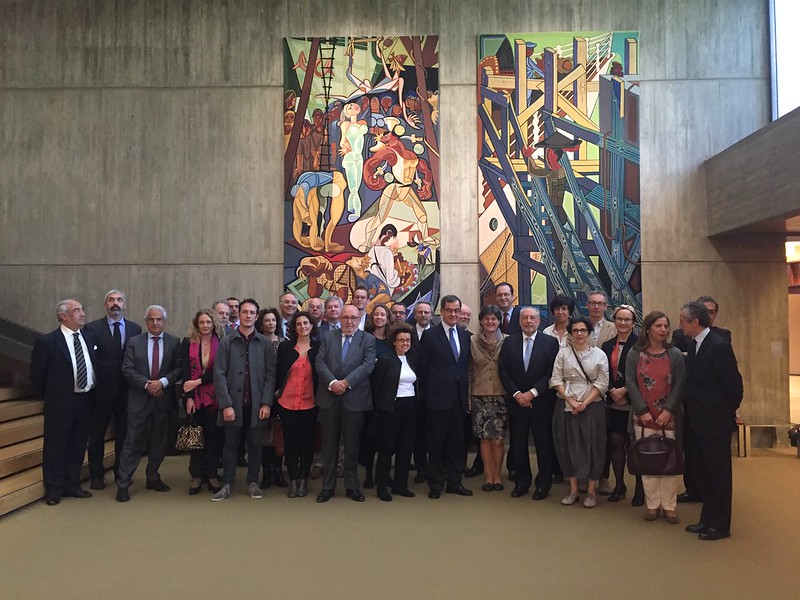 Graham Bell, Council member of Europa Nostra and representative from the North of England Civic Trust, said that this was “a landmark meeting of minds”. Other words such as “valuable” and “fruitful” were also used by participants to describe the event. During a tour de table, the representatives presented their own initiatives and ideas to implement joint actions with regards to the European Year of Cultural Heritage in 2018, all emphasising the importance of concerted actions and communication among civil society.

“Heritage has leverage in political, economic and social terms. It can play an essential role in relaunching the European project and institutions. Thus, civil society is crucial, and especially foundations who are independent from politics and the economy. For the European Year of Cultural Heritage in 2018, foundations can contribute in this way by combining their knowledge and resources,” stated Emilio Rui Vilar, Council member of Europa Nostra and former President of the European Foundation Centre.

In order to open the initiative to a larger number of foundations, participants also expressed the importance of including foundations who support the wider fields of cultural heritage such as the environment, education, training or social cohesion. By engaging a wider range of foundations, the voice and impact of civil society organisations will be amplified during and after the European Year of Cultural Heritage

Europa Nostra has been invited by the European Foundation Centre to attend its Annual Conference on 30 May – 2 June 2017 in Warsaw, Poland, during which a networking lunch will be organised to introduce the “Foundations4Heritage” initiative to selected foundations who are active in the field of culture. This will present an opportunity to further promote the initiative and to develop a more operational approach which will ensure a successful European Year of Cultural Heritage.