Local Award ceremony at the Averoff Building attended by 250 people

The Local Award Ceremony at the Averoff Building – School of Architecture of the National Technical University of Athens, a Grand Prix winner of a European Union Prize for Cultural Heritage / Europa Nostra Award in 2012, took place on the evening of 14 June in front of an audience of 250 people, including students and several distinguished guests. 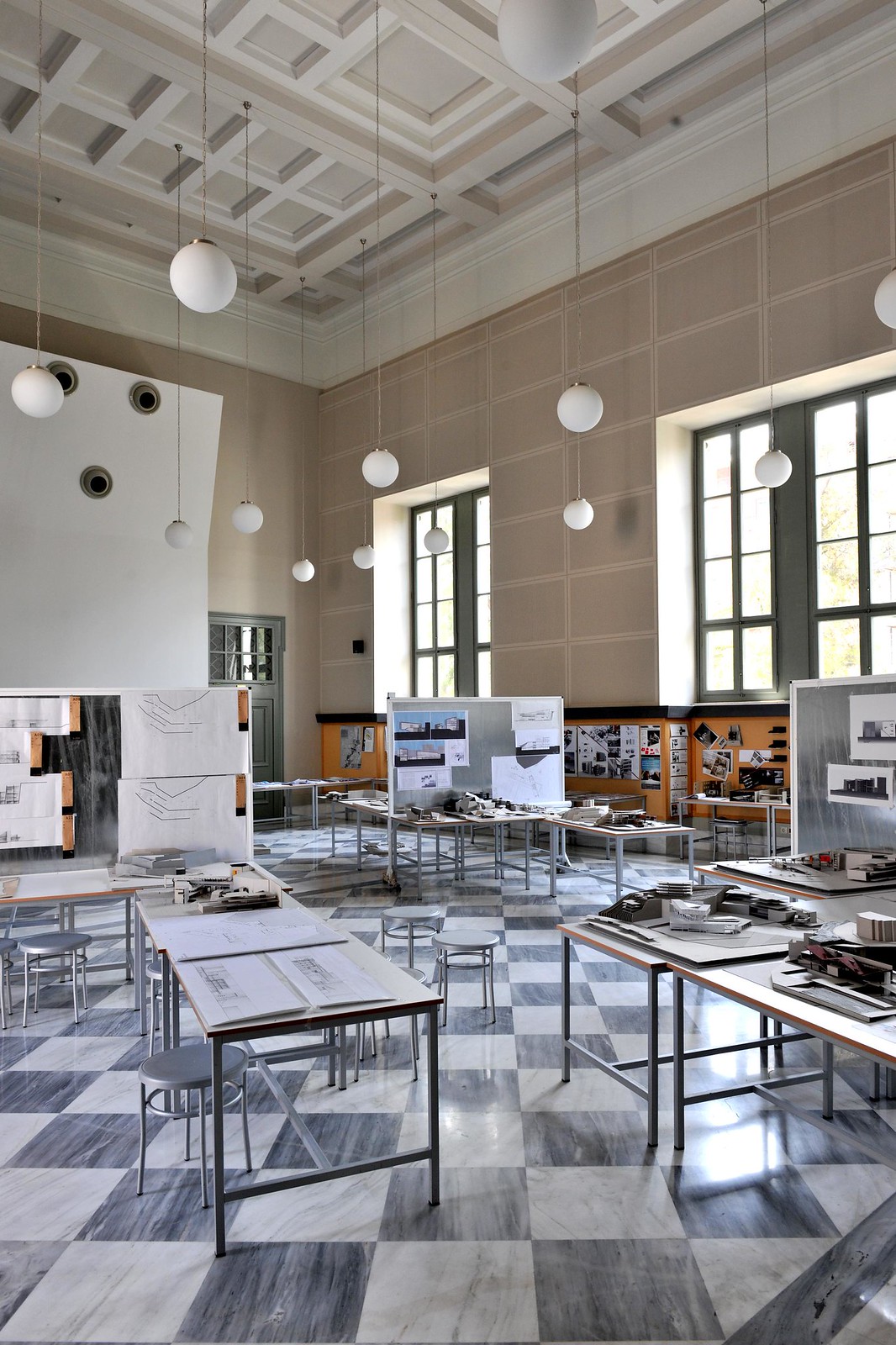 Androulla Vassiliou, European Commissioner for Education, Culture, Multilingualism and Youth, praised the remarkable conservation project which returned the 19th century Neoclassic building to its former splendour and unveiled the Europa Nostra plaque, which is now displayed on the main wall of the building’s elegant auditorium. John Sell, Executive Vice-President of Europa Nostra, added that the restoration of the Averoff Building is an exemplary achievement to be followed across Greece.

Designed by the Greek architect Lyssandros Kaftantzoglou as an educational centre, the Averoff is one of the most important examples of European Neoclassicism, having been directly influenced in its design by the monuments of the Athenian Acropolis. After its completion in 1878, the building was in continuous use for more than 125 years, during which it underwent several additions and alterations. It eventually deteriorated to such an extent that it was in great need of restoration and modernisation in order to continue operating as an educational establishment. Fully restored to its original architectural quality and equipped with the most suitable contemporary technological infrastructure installations, the continued use of the Averoff as an educational institution, the purpose for which it was originally designed, has been assured.

Eleni Maistrou, Head of the School of Architecture, thanked Europa Nostra and the European Commission for conferring a Grand Prix to the Averoff Building. Tonia Moropoulou, Vice Rector of the National Technical University of Athens, congratulated Europa Nostra on its 50th Anniversary as well as for its decision to hold this landmark Congress in the Greek capital.

The ceremony was followed by a public lecture on ‘Keeping the Memory: Why and for whom to preserve?’ given by the Italian professor and architect Andrea Bruno. Renowned for his contemporary additions to historic buildings and their adaptive reuse, he was inter alia responsible for the restoration and recovery of the Manica Lunga in the Castle of Rivoli in Italy (Europa Nostra Award 1993) and for the arrangement of the archaeological zone of Tarragona in Spain (Europa Nostra Award 1995).

After the public lecture, former students from the Technical University of Athens took the stage to present their own views on the restoration of the building. They also protested against the removal of graffiti from the Averoff, which was undertaken prior to the Congress of Europa Nostra, thanks to a private donation. Graffiti scrawls have become a critical threat to monuments and heritage sites, as well as to government buildings, hotels and tourist areas, since the beginning of the economic crisis. The Greek authorities have not been able to stop the spread of graffiti across Athens. “Europa Nostra appeals to public, private and civil society organisations to combine forces to tackle this serious problem at once. We are very pleased to see that the Averoff Building has been returned to its monumental beauty and we hope that it remains like this for many years“, affirmed John Sell.