The Local Award Ceremony for Yr Ysgwrn which took place aptly on Armistice Day Monday 11 November 2019 on site was a combination of celebration for the winning of a European Heritage Awards / Europa Nostra Award 2019 in the Category of Conservation and a moving powerful remembrance for those who died in the First World War, not just in Wales, but throughout Europe on both sides of the War. 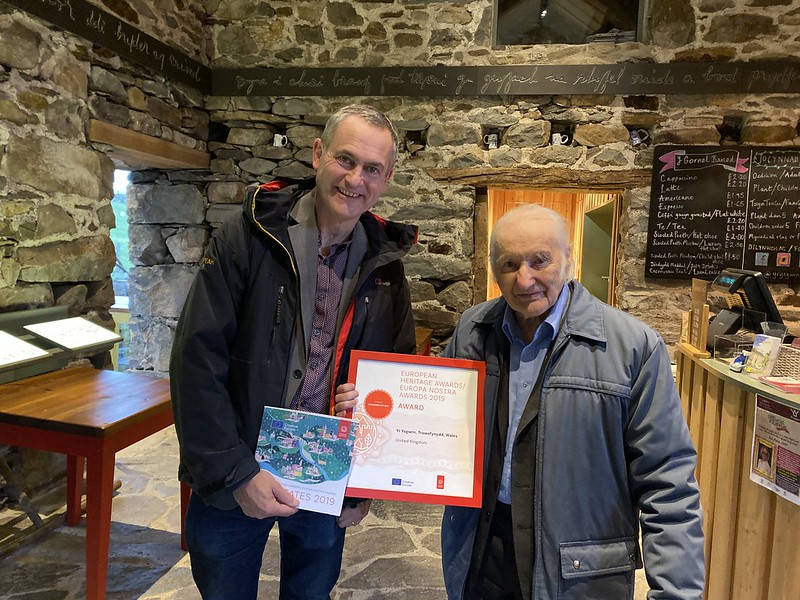 Yr Ysgwrn was the family home of Wales’ lost war poet Hedd Wyn who died in action on the first day of the battle of Passchendale in 1917. Immediately prior to the ceremony, all Europa Nostra and European Commission representatives received a guided tour of the site by Naomi Jones and the site manager Jessica John.

The Ceremony opened with an excellent presentation of the project by Naomi Jones, Head of Cultural Heritage at Snowdonia National Park Authority (SNPA). This was followed by an opening speech by Emyr Williams, Chief Executive of SNPA who welcomed everyone and paid tribute to Tom Jones, Europa Nostra member and member of the European Economic and Social Committee who was present at the ceremony. Mr Jones had, during a review of the National Parks in the 1990’s, persuaded the Government to add “cultural heritage” to the prime responsibilities and duties of National Parks. This then enabled Snowdonia to seek and receive funding for the Conservation work at Yr Ysgwrn. 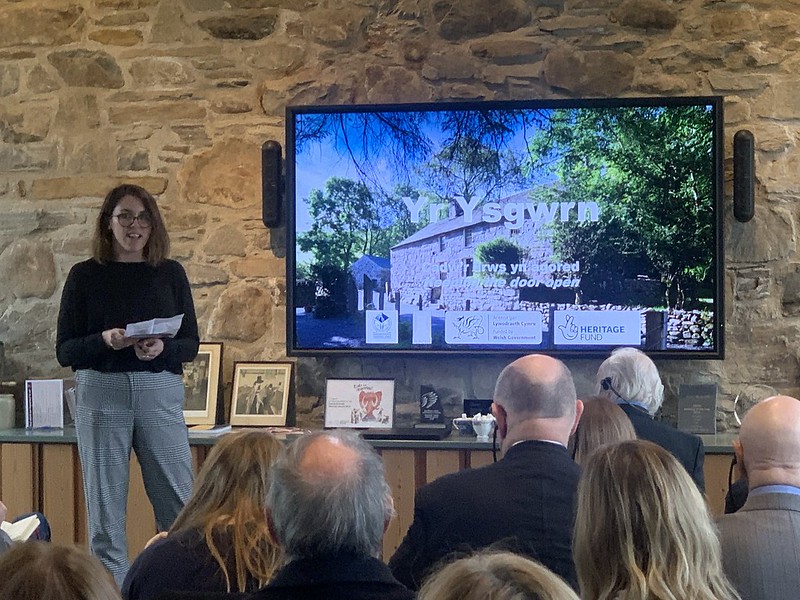 There were poetry readings by two eminent living Welsh poets namely Myrddin ap Dafydd Archdruid of Wales and Ifor ap Glyn, National Poet of Wales. This was followed by a viewing of a film of a poem “Estyn yn Ddistaw” written by the National Poet of Wales set to pictures to include some of the horrors of the War which was commissioned for Holy Glimmers of Goodbyes, a day of reflection on the poetry of war and peace in Wales. This film had a significant impact on all present.

Head of Office for the European Commision in Wales, David Hughes gave a speech in which he emphasised that even should the UK leave the European Union, the UK would remain an integral part of Europa Nostra and cited examples of Turkey and Georgia as non-EU countries who won Awards this year. He also emphasised the importance of the promotion of cultural heritage.

Richard Morris, the Europa Nostra lead representative at the ceremony gave a speech in which he explained the role of Europa Nostra, the history of the European Heritage Awards and their importance in contributing to a stronger public recognition of cultural heritage as a strategic resource for Europe’s economy and society. He thanked and acknowledged on behalf of Europa Nostra the contributions made towards the project by the relevant organisations and companies, staff and volunteers and above all Gerald Williams (nephew of Hedd Wyn) and Hedd Wynn’s family.

The framed certificate for the Award was presented to Owain Wyn, Chair of SNPA by Richard Morris. The Award plaque will be installed at a later date. The ceremony was concluded by a departing speech given by Owain Wyn during which he thanked everyone for attending.