Home News A look inside the Citadel of Alessandria

A look inside the Citadel of Alessandria

The Citadel of Alessandria in Italy is one of the most important hexagonal fortresses in Europe. The site was added to Europa Nostra’s 7 Most Endangered List in 2014 and was nominated by Fondo Ambiente Italiano (FAI), member organisation of Europa Nostra.

The nomination dossier cited the vast area of the site – spread across 74 acres of land – a lack of funding and issues regarding ownership as being the three main challenges faced by the municipality of Alessandria when attempting to restore the site. In June 2015, a technical report by the European Investment Bank Institute, Europa Nostra partner organisation for the 7 Most Endangered Programme, made an assessment of the situation and proposed recommendations towards the rehabilitation of the Citadel.

In 2016, an investment of 25 million euro was announced by the Italian Ministry of Culture and Tourism. The first interventions that will be implemented by the Italian State aim to make the Citadel as a whole a safe and accessible place.

Following a reorganisation undertaken by the Italian Ministry of Culture and Tourism, a local branch of the Soprintendenza Archeologia, Belle Arti e Paesaggio was established for the Piedmontese provinces of Alessandria, Asti and Cuneo. Since March 2018, the offices have been installed inside the Citadel.

See photos of the Citadel

Roman Robroek, a talented young photographer from the Netherlands with a special interest in deteriorated buildings and/or neglected buildings, visited the Citadel last February. He was guided by the local FAI experts and shot an impressive series of photographs. His photographs illustrate the sheer size of the fortification and document the effects of degradation on the interior of the buildings and their structural elements. 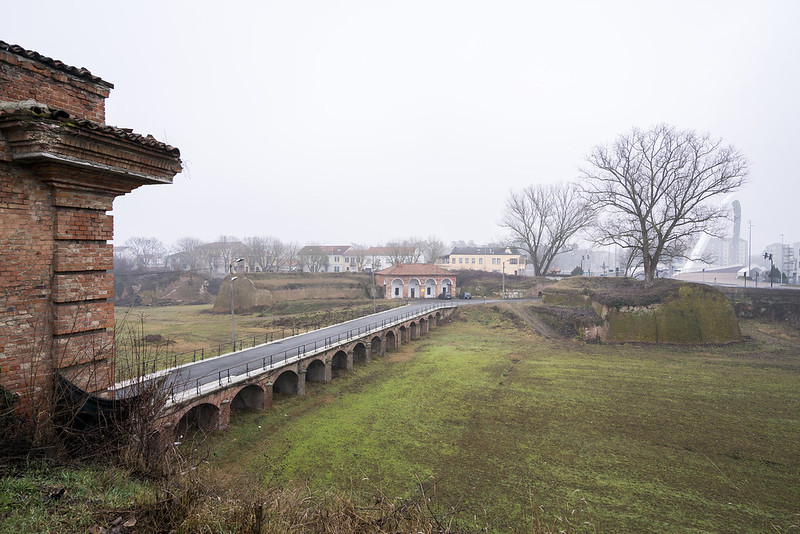 The visit was made possible thanks to the local branch of FAI. Photos cannot be republished without written consent from the Soprintendenza, and the copyright holder Roman Robroek.